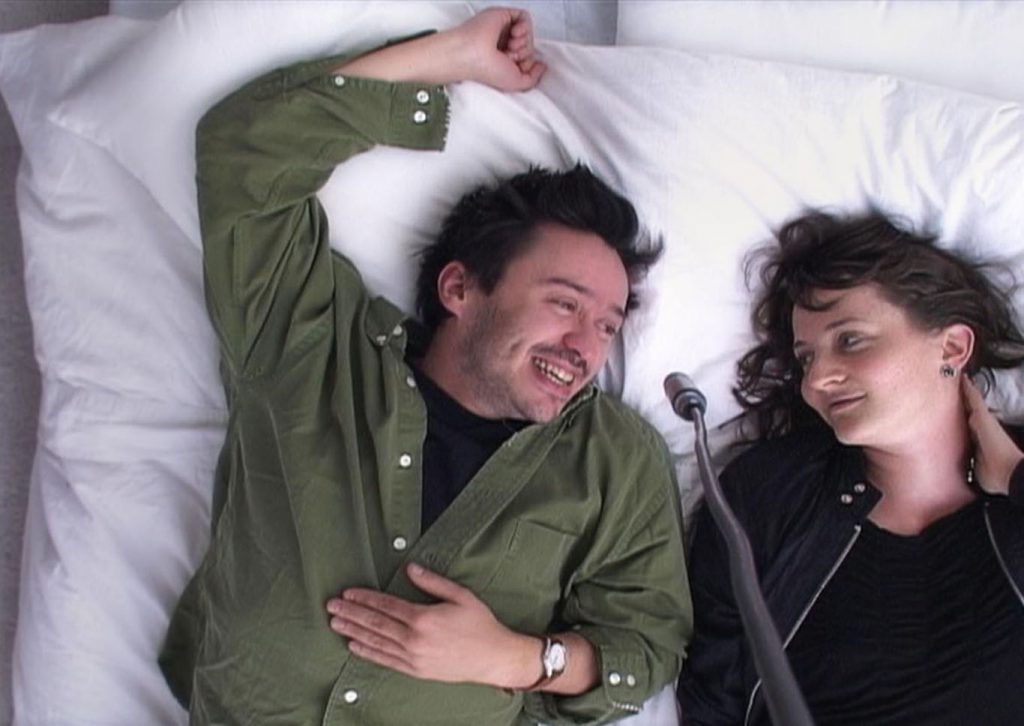 In his debut film, Lucas Maldonado paints an intimate, well-rounded and mostly unflattering portrait of himself through the voices of those who know him best.

Lucas, a forty-something man, recounts his adventures and misfortunes growing up as an upper-middle class bogotano, being exposed to all kinds of excesses from a very young age, and developing a taste for substance abuse while embracing a seemingly inexplicable appetite for self-destruction.

His original idea was to make a documentary about his dead friend Blas Jaramillo, an actor best known for playing one of the main characters in Andrés Baiz’s 2007 film Satanás. He started interviewing everyone in their circle of friends but, halfway through the process, decided to turn the spotlight on himself.

One night he threw a raging party at a friend’s apartment and invited a bunch of homeless people who robbed the place after he blacked out. That was the low point that prompted him to seek help and change the focus of the film in the hope of finding some answers.

Most of the interviews are quite jovial. His ex-girlfriends reminisce about all the gory details of their stormy relationships while his friends recall stories of their hedonistic youth. But some of them get deep and emotional.

His mother, Camila Loboguerrero, a filmmaker herself, admits in a particularly touching scene that she never understood where all of Lucas’ “hate towards humanity” came from, given the fact that he grew up in a privileged environment with all of his needs met. She remorsefully wonders what she did wrong.

This film might come off as self-indulgent and narcissistic, but that doesn’t make it less interesting or honest. In fact, quite the opposite. Maldonado is being open about his flaws, of which narcissism is one of the most evident. But it also highlights some of his redeeming qualities such as loyalty and charisma.

It may not appeal to a wide demographic, but Yo, Lucas will surely strike a chord among the Gen Xers and early millennials who grew up during the 80s and 90s, at the heart of a burgeoning middle class in the urban centres of Colombia while the rise of drug trafficking was wreaking havoc in the background.

Lucas’ cynical sense of humour balances out the very dark subjects the film delves into. Some animated sequences give a visual recreation of the drug abuse and sexual encounters described by the interviewees. All of this comes in an experimental, low-budget style that fits the story like an alcoholic glove.

Yo, Lucas is in Colombian theatres now!