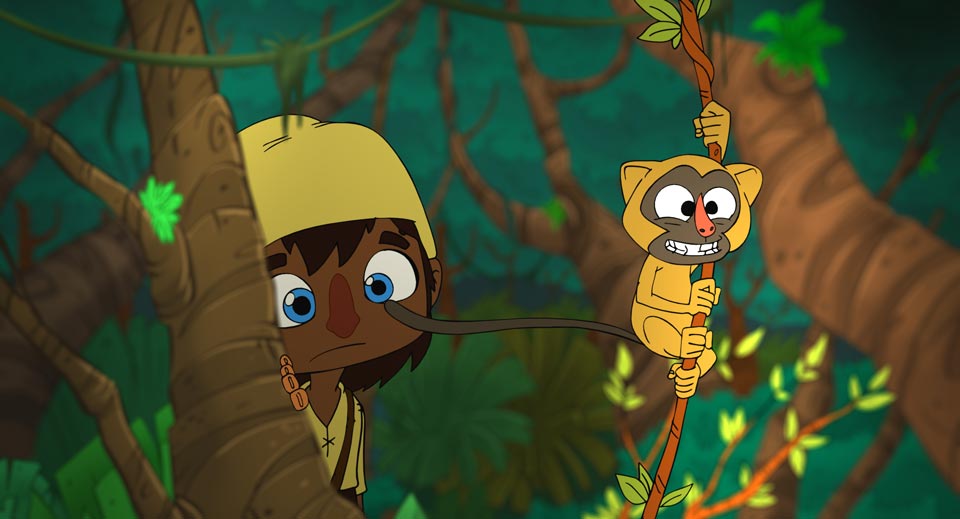 Using animation to teach viewers a lesson in conservation and consumerism, Las Aventuras de Nuku is a feature length movie which highlights the plight of the earth through the adventures of an indigenous boy called Nuku.

The film, written by Mauricio Laguna, Mauricio Leiva and Jairo Carrillo, was presented during animation day at Cannes Film Festival, where it was this year’s only Colombian feature length representative.

Although the story is one of pure fiction, its central message touches on some of the real issues facing many parts of the world today, such as deforestation, over consumption and damage caused by mineral extraction.

“I was walking in the Sierra and saw how the Kogis teach their children and tell them that the earth is the mother and that they have to respect and protect it,” he explains.

“According to Kogi legend, the Sierra Nevada mountain is the heart of the earth and that heartbeat is what keeps the earth alive.”

Fittingly, Nuku lives in the Heart of the Earth, the last natural forest reserve in the world, which is being destroyed by greedy multinationals in their bid to extract ‘petrolava’, a kind of combustible fuel.

Outside Nuku’s forest world is a neon-lit city that looks like an amusement park, where people drive around in bumper cars and ride rollercoasters to get around.

“Everything is about having fun,” Carrillo tells us. “But what they have not realised is that all this consumerism is like a giant trash can and is destroying their world.”

So Nuku and his best friend Kiki, a mischievous monkey that gets them into all sorts of scrapes, embark on a mission to fight against the big companies and educate others on the dangers of living in this world where nature is taken for granted.

Nuku’s story also invites reflection on accepting each other and learning to live in harmony with different cultures.

“The boy is rejected in his own community because he has blue eyes,” explains Carrillo. “They see him as not being really indigenous, because he has European blood.”

“And because he is mixed, he is the only person who can understand both societies, so it’s also teaching us that we have to live together and accept and understand our differences,” Carrillo continues.

The film was well received at Cannes and has already gained a lot of interest from international buyers and agents.

Other Colombian films to screen at Cannes this year were shorts Los Pasos del Agua by Cesar Acevedo – whose film La Tierra y La Sombra was a winner last year – and Madre by Simon Mesa, who was a winner in 2014 with Leidi.

Yet it’s not just about awards and international acclaim, the director says, pointing out that, although his previous animated feature, Pequeñas voces (Little Voices), was well received by critics overseas, it gained little attention at home.

This time, in the hopes of pulling in more Colombian viewers, they have cast some well-known personalities to voice the film’s main characters, including stand-up comedian Andrés López and actress and singer Martina La Peligrosa.

And this is perhaps one of the biggest challenges for filmmakers in Colombia. While grants from the Fondo para el Desarrollo Cinematografico (FDC) and the 2003 Ley de Cine have massively increased the  output of Colombian movies, Carrillo would still like to see a change in people’s attitudes towards local productions. In many cases people only start to pay attention to works that have achieved international accolades.

Yet even with international approval, it can be difficult. Carrillo explains that many movies that win acclaim abroad don’t make any money when they come home because people don’t feel connected. He believes that films selected for major international festivals are often made specifically for critics and people here are not able to relate to the storylines.

So he’ll be waiting anxiously to see how Las Aventuras de Nuku fares when it opens later this year. The film is expected to screen locally in September. Whatever the outcome, it’s clear that this playful but serious animated film has a number of pertinent messages for our society,  which we would be wise to heed.