Nine construction workers plummeted to their deaths and at least four more were injured when a bridge they were working on in central Colombia collapsed. Another construction worker died shortly after from injuries sustained during the collapse. Located in Chirajara, the bridge was to be part of the much vaunted 4G infrastructure developments, an improved highway connecting Bogotá and Villavicencio.

The Fiscalía have opened an investigation into the reasons for the collapse, with investigators visiting the scene to examine any defects that may have caused a large chunk of the bridge to plunge into the ravine below. A rescue team has also been deployed to recover the bodies.

Coviandes, the firm in charge of the project, released a statement in which they expressed condolences for the tragedy, stating that their “principle concern is now with the families of those involved.” 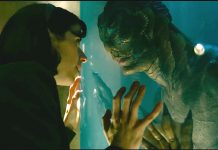