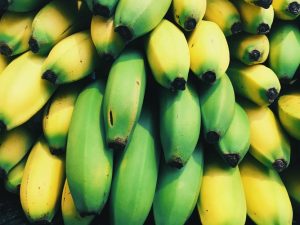 The threat of banana extinction in Colombia due to the spread of Panama disease has been squashed thanks to efforts by Australian scientists.

Researchers at the Queensland University of Technology, led by Professor James Dale, have developed Panama disease-resistant bananas by adding a gene found in a wild south-east Asian banana.

The project began in 2012 to identify genes in bananas that were resistant to disease. After planting six lines of Cavendish bananas with the imported gene into Panama disease-contaminated soil, scientists found the bananas to be free from the fungus for the entire three years of the trial.

The soilborne fungus, Panama disease tropical race 4 (TR4), destroys the fruit by infecting the roots of banana plants and getting into its vascular system. The new strain of the disease that affects Cavendish bananas has been threatening banana crops throughout Latin America ever since it spread to the continent last year.

With over 116,000 acres of banana crops and 988,000 acres of plantain for domestic consumption, Colombia is the world’s fourth-largest exporter of bananas, following Ecuador, Costa Rica and Guatemala. In 2016, banana exports totaled $914.9 million, making it one of the most valuable exports for Colombia.

An earlier strain of the Panama disease wiped out the most commonly eaten and exported banana, the Gros Michel, in Latin America in the 1960s. Efforts to control and prevent the new outbreak have therefore been taken seriously.