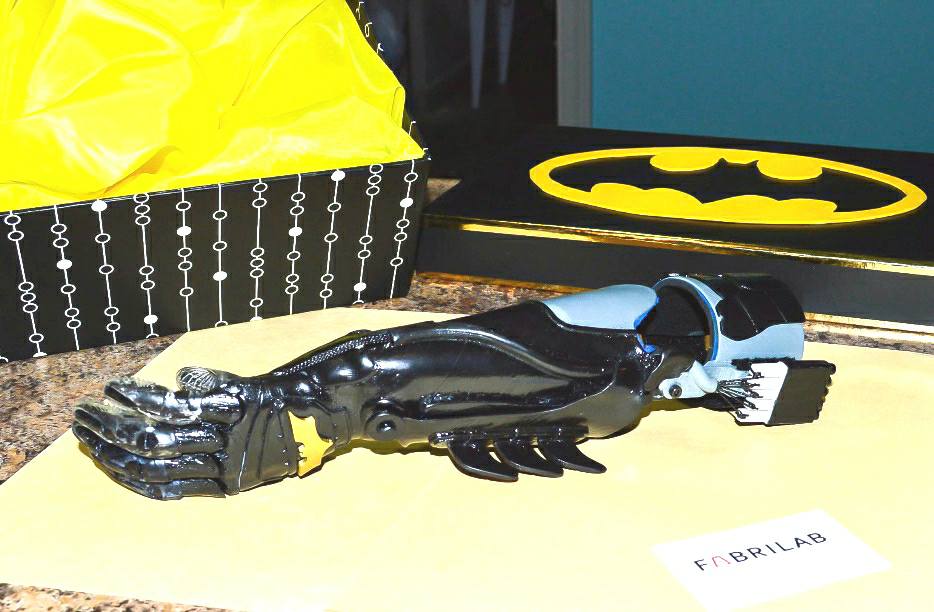 In 2004, Colombian engineer Christian Silva had a life-altering moment when his cousin lost his hand in an accident. It was a moment that made him decide to get into the manufacturing of prostheses. Over a decade later, Silva is studying for a PhD in Bioprinting and has the opportunity to put into practice the things he has learned at university to improve the lives of those who have lost their limbs. 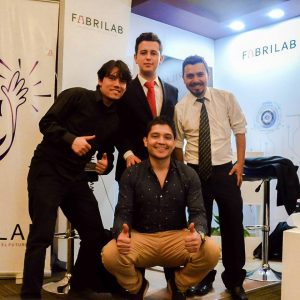 Silva joined with colleagues Yusef Muñoz, Wilmer and Antonio, all of whom shared a passion for 3D-printing and orthopaedics. 2 years ago they launched Fabrilab, an exceptional entrepreneurship that provides 3D-printed prostheses for amputees. The artificial parts are high-quality models, made from recycled materials and contain a personalized and unique design.

So far, they have provided around a hundred prostheses to needy recipients. Their main clients are underprivileged children with missing arms or hands though they have also started to develop prostheses for lower body parts and adults.

Fabrilab’s prostheses have something unique in common: their rad design. Designed by the children themselves, they are moulded in the shapes that a superhero might have;  like Ironman, Spiderman or Batman. Shaio, a six-year-old girl, named her artificial arm ‘the robot arm of Wonder Woman’. 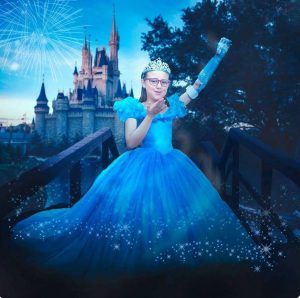 “With our personalised prostheses, children feel more accepted. A child with a missing limb is an easy target at school for being mocked or bullied. With a special superhero prosthesis, it’s converted into an object that generates pride and admiration. These kids become instant superstars.”  said Yusef Muñoz, general manager of Fabrilab.

Conventional prostheses made from metal or a synthetic material vigorously trying to imitate a natural limb are usually very expensive, with a cost that can be up to US$25,000. They also serve mostly an aesthetic need. Fabrilab’s prostheses, however, are also functional, allowing the user to grip everyday objects. The 3D-printers allows them a custom-made fit to their bodies with minimal discomfort. According to time and budget, a prosthesis can be fabricated in 24 hours. However, due to the high amount of requests, there is a waiting list, making a waiting period of 1 week more realistic for many recipients.

The best thing about them is how they how affordable they are. A Fabrilab prosthesis costs anywhere from US$200 to US$500, depending on the complexity of the case. In Colombia, where the minimum monthly wage is in the same range, that would still, however, be too much for many families.

When the candidates don’t have the economic resources, Fabrilab searches for sponsors. The contributions of families that are wealthier or sponsors cover the expenses for underprivileged children. Furthermore, Fabrilab often receives donations of materials to make prostheses.

The process of adaptation and rehabilitation for the children can be both physical as well as psychological. To aid this process, Fabrilab allies with the Manuela Beltrán University; a private institution in the Colombian capital. They also partner with orthopaedic institutes to help them provide better knowledge on prostheses and 3D printing. 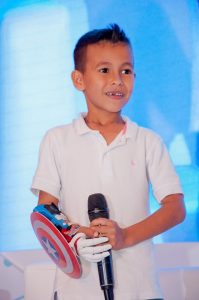 There are also initial hurdles that the company has to overcome before they can grow. “At the moment we are in the midst of obtaining official certification for our prostheses from the Colombian Health Register. As long as we don’t have this, they can not be officially sold.  Once this has been achieved, they will be available for the larger public, through the National Health Superintendent EPS, its hospitals and other companies”, said Muñoz, when asked about Fabrilab’s challenges.

However, these challenges are small when considering the results of their enterprise. “Children receiving their prostheses are extremely thankful and often tell us they want to do the same when they are older,” Muñoz said.

Fabrilab has plans to take things to the next level to see their plan come to fruition. Currently, there are talks to expand its successful enterprise to Spain and Argentina. There is also interest in the project from Mexico and, closer to home, they are expected to form an alliance with the Eden project near Bogota.

In addition to their growth as a company, another of Fabrilab’s future goals is to offer prostheses that have biological material, making them apt for a connection with the patient’s nervous system. If they could make arms truly bionic like that, we’d be the ones giving them a hand. 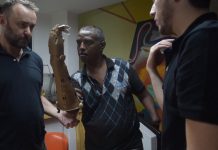 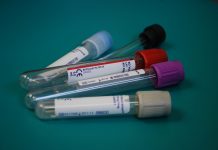