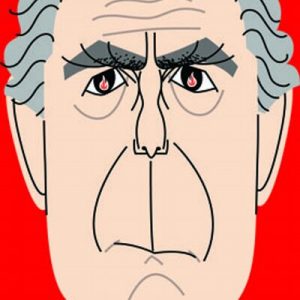 Philip Roth passed away on May 22 at age 85. A rarefied and prolific literary talent, Roth reached an echelon of prestige shared with few American writers of his generation: John Updike, Don DeLillo, Thomas Pynchon, Toni Morrison… and perhaps no one else.

Philip Roth won virtually every accolade that can be bestowed on an author, short of a Nobel Prize — an honor which, of the aforementioned giants, only Morrison has received. Had the Swedish Academy not cancelled the prize this year for the first time since World War II, it may have been Roth’s turn to win it.

In interviews, Roth said that he did not grow up wanting to be a writer. Instead, he wanted to work for causes of social justice, an inclination he attributed to his experience growing up Jewish in America. A college professor provoked his interest in literature, at which point his plans for a career in law disintegrated, and Philip Roth began writing in earnest.

The publication of his fourth book, Portnoy’s Complaint, was described by the feminist critic Elaine Showalter as “an explosion,” and it made Philip Roth a household name. With a comical and incisive mastery, Roth explores the perverse sexuality of the book’s narrator, a young Jewish man named Alexander Portnoy — not unlike the way Vladimir Nabokov empathizes the pedophiliac obsessions of Humbert Humbert in Lolita.

Many deride Portnoy’s Complaint as pornographic, while others celebrate the work as an unflinching and honest exploration of male sexuality and Jewish identity. Showalter described the book as both “stunning” and “liberating.” Many speculate that it shaped the rest of Roth’s literary career, as his subsequent novels often explore the experience of being a young writer who has written a controversial book.

Despite the fame and notoriety of Portnoy’s Complaint, Roth’s legend ultimately lies in his prodigious level of productivity over several phases of his career. It would take years to read and properly appreciate the complete works of Philip Roth. Here’s a suggestion of where to start. 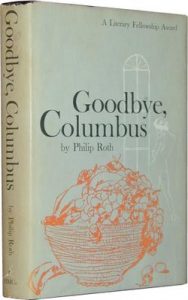 Roth’s first work of published fiction Goodbye, Columbus won the National Book Award in 1960 and signaled Roth as a young writer with unlimited potential. Goodbye, Columbus is chiefly concerned with the Jewish experience in middle America, and Roth was not afraid to make brutally honest depictions of the complacency and materialism he perceived in Jewish-American culture. The book consists of short stories that first appeared in The Paris Review as well as the novella that lends its name to the collection.

In nine of his novels, Roth uses his alter ego Nathan Zuckerman as the narrator. For Roth, this unlocked a creative approach to storytelling that revolutionized what he was able to accomplish on the written page. In The Ghost Writer, the narrator Zuckerman is introduced to us as a young novelist with a promising future (sound familiar?). A masterfully crafted mystery at turns hilarious, provocative, and prescient, The Ghost Writer features a character that Zuckerman suspects may be Anne Frank, having escaped the Holocaust and living in hiding decades later.

Winner of the Pulitzer Prize, American Pastoral tells the story of Swede Levov, a former superstar high school athlete who marries Ms. New Jersey. Their idyllic home life is turned upside down as their daughter becomes radicalized by militant communist ideology during the height of the Vietnam War. It’s narrated once again by Nathan Zuckerman, who imagines the tragic unfolding of Levov’s life after he encounters his brother at a high school reunion. American Pastoral has been praised for its evocative depiction of a turbulent social moment in history, as well as for Roth’s innovative framing of the story.

The Human Stain won the PEN/Faulkner Award for fiction in 2001 and tells this story of Coleman Silk, college professor who is black but pretends to be Jewish his whole adult life. Silk’s academic reputation is irreparably tarnished when he makes an offhand comment during a lecture that’s perceived as racist against blacks. Written amid the explosion of political correctness in the late 1990s and early 2000s, The Human Stain is a poignant meditation on racial identity and the devastating consequences of moral hypocrisy and self-righteous language monitoring.

The Plot Against America

In The Plot Against America, Roth vividly imagines an alternate history in which Charles Lindbergh wins the Republican nomination for president. Thanks to a wave of support in the southern and midwestern states, Lindbergh beats Franklin Roosevelt by a landslide in the 1940 U.S. Presidential Election on the platform of “America First,” paving the way for a deeply anti-semitic and isolationist United States. As World War II breaks out, Lindbergh agrees to allow Nazi Germany and Imperial Japan expand without interference, and American society becomes more divided by class and race. Meticulously researched and exquisitely crafted, The Plot Against America feels more relevant today than ever.