Home News, Analysis & Opinion The chosen one: Is this Iván Duque’s election to lose? 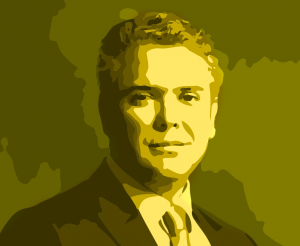 Polished, measured and urbane, Iván Duque’s appearance on the campaign trail and at the debates so far has reflected the confidence of a frontrunner and a man who faced little opposition in his ascent within the Centro Democrático party. If he were to convince the electorate that he ought to be installed in the House of Nariño, at 41 years, the fresh-faced Duque will be Colombia’s youngest ever president.

In weekly magazine Semana, Herman Manga opined that “[n]othing is won yet but it is clear that Duque has taken off strongly. Never have we seen a presidential candidate who will head to the first round of an election having won more than four million votes.”

If Duque has had a sense of inevitability about his run for President, it’s unlikely it will be held against him. In Colombia being entitled is an advantage. The balance of power in the country’s modern political landscape has always fallen within the province of a few privileged families. Since 1934, the seat of President has been occupied by four families: the houses of Lopéz, Lleras, Pastrano and now Santos, having delivered eight Presidents since that date.

And despite not being from any of these families Duque–his name translates to ‘Duke’ in English–descends from an elite political pedigree. His father Iván Duque Escobar was a governor of Antioquia and his grandfather a Deputy Minister of Mining under former President Andrés Pastrana.

But the most crucial relationship that has dictated Duque’s fate was not the one he was born into. Instead, it was the one he forged with Álvaro Uribe over dinner in 2001. Uribe went on to become President of Colombia the following year and, over the course of eight years, began to implement what has since become known as the doctrine of uribismo: measures known for its heavy-handed security responses to guerrilla groups and the increased privatisation of state entities.

When Duque entered politics for the first time in 2014 as senator, talks began about a possible presidential run. But the bigger question many had was to what extent a President Duque would result in a return to Uribe’s policies.

Álvaro Uribe wrote in the foreword to Duque’s campaign book The Future is in the Center that he is confident that “Ivan Duque has the strength to restore public order, to address it as president, to restore morale to our armed forces, that they are not subject to the FARC’s laws, and demand that the members [of the FARC] are judged only by military criminal tribunals.”

If Uribe is correct in his prediction, Duque is likely to act strongly against the peace accord between the Colombian government and the FARC. As part of his campaign platform, Duque has also promised an increased security presence that incorporates a larger dependence on technology, including the use of AI and big data to better anticipate and respond to crime. He has also promised to deal decisively with the illegal drug trade and plans to introduce drug trafficking as a political crime under the Constitution.

Duque also intends to continue a strong stance against General Maduro’s regime in Venezuela and will consider a visa permit system for Venezuelan migrants after consultation with other Latin American countries.

Regarding the economy, Duque considers job creation to be key in eradicating poverty in the country. To this end he has promised to lower taxes on investments and companies and to specifically promote the creative sector – referred to as la economia naranja or ‘the orange economy’- a topic on which he co-authored a book while he was working at the Inter-American Devlopment Bank (IDB).

However, despite now holding conservative views, Duque was not always the most obvious candidate for upholding uribismo. Much like President Santos before him, Duque was moulded by the views of liberal politician Luis Carlos Galán, who was assassinated prior to the 1990 presidential elections.

Some of Duque’s earlier tweets on abortion and gay marriage, which have since disappeared, were liberal enough to raise the suspicions of Christian conservatives in the country who feared he may be a wolf in sheep’s clothing. Duque has since aligned himself with Viviane Morales, who dropped out of the race this month, to continue appealing to social conservatives in Colombia.

In an interview for El Tiempo this month with radio personality and family friend Julio Sanchez Christo, Duque spoke of his most salient differences with Uribe: “Perhaps I am more liberal than him in some issues related to individual liberties. Also in temperament, he sometimes lets himself be provoked, I am much calmer in handling attacks or criticisms.”

But given the smaller differences between Uribe and Duque, could the young protege ever rebel against the older advisor? Independent voters may be keeping this possibility in mind, particularly in relation to the most egregious excesses of uribismo.

If Duque does choose to bite the hand that feeds him, he may not have to look further than the current president who chose to go against Uribe after having been his Minister of Defence under Uribe’s presidency. Juan Manuel Santos rebelled against Uribe and, El Tiempo columnist Vladdo for one, strongly warned of the consequences of a similar rebellion by Duque: “it’s a given that before anointing his new scion he should have taken every precaution to ensure that this good boy does not follow the bad example of the ungrateful former defense minister [Santos] and end up astray.”

Now flanked by his vice-presidential candidate Martha Ramirez, many will see a victory for Duque as an endorsement for uribismo, whether he’s likely to uphold its core values or not. And though he hasn’t sought to distance himself from Uribe, he has attempted to moderate some of the more acerbic rhetoric that accompanies the party’s most fervent followers by installing the campaign #SolucionesNoAgresiones, whereby he attempts to create a space for dialogue without the corresponding hatred.

The toned-down aggression plays into the more general theme that Duque is looking to communicate to voters. With his most likely opponent being Gustavo Petro of Colombiana Humana, whose fiery rhetoric has in equal parts energised and caused alarm across the country, Duque has presented himself as a safe pair of hands.

As a senator, Petro had been one of Uribe’s staunchest critics and he has continued that tradition against Duque. Their collision of visions for Colombia has been the dominant narrative following the primaries and, if polls are to be believed, it will probably be the showdown going into the second round.

Duque was handpicked to be the leader of Centro Democrático. In two weeks, the party of Álvaro Uribe will know for sure if they have picked a winner.