Home In This Edition Opinion: The invasion of Venezuela happens; but then what?

Last weekend the New York Times reported that over the past year US officials met in secret with Venezuelan military officers who were allegedly in the process of planning a coup against President Nicolás Maduro. Before beating the drums of war, El Mohán* argues that they should think long and hard of what the conflict’s aftermath would look like.

The situation in Venezuela deteriorates day by day. The country’s massive inflation, which the IMF forecasts to approach one million percent this year, has led hundreds of thousands of Venezuelans to flee their country. As the economy crumbles, security in Caracas and other major cities has worsened markedly by way of increased kidnappings as well as violent and non-violent crimes. The country’s democratic governance has also been eviscerated during 20 years of Chavismo. This governance is now more akin to a dictatorship than any other form of representative democracy.

The regime is a threat to the security and stability of the Western Hemisphere, and as many observers note, it has been for quite a while. The impending collapse of the country has been augured by many analysts, many of whom have underestimated the resilience of Maduro and the system put in place by Chavismo. This has lead to a rising tide of calls for well-intended foreign interventionism to forcefully remove Maduro and stop the humanitarian hemorrhage the country suffers.

Advocates of armed invasion should be less flamboyant about beating the drums of war and more forthcoming about details about the strategic implications of invading Venezuela and the staggering costs of stabilization and reconstruction required after ousting Maduro.

In August 2017, Trump first suggested the use of military force to resolve the crisis in Venezuela. While this announcement at the time was received with concern among many Latin American governments– who suggested action would be reckless and counter productive–today they environment is much different. The election of Iván Duque in Colombia assuaged a more hardline stance against Maduro building up in the hemisphere. Former President Álvaro Uribe has been a fervent proponent of actions against the Maduro regime.

This sentiment has been echoed by politicians in Venezuela such as Maria Corina Machado, and US politicians such as Marco Rubio. Moreover, US President Donald Trump’s foreign policy team for Latin America is now largely composed of individuals who are said to favor more decisive actions against the South American nation. The beating of the drums has a tune similar to one we have heard before: this is an undemocratic regime, one that harms its own citizens, has caused a humanitarian crisis of epic proportions, and has plenty of natural resources that if adequately used could finance its reconstruction.  As Venezuela’s crisis worsens, and the Maduro regime becomes more ruthless against its own population, the case for intervention becomes more quotidian.

Let’s think about this

Should the US and its allies–presumably Colombia–overtake Maduro’s forces they will have to decide how, if at all they would go about it. The US Institute for Peace has created a framework for stabilization and reconstruction that has six key end-states. They include establishing a safe and secure environment, promoting the rule of law, generating the conditions for social wellbeing, accounting for stable governance, and lay the foundations for a sustainable economy. Before plans for a march in on Caracas are made, there should also be carefully eschewed plans for what happens after.

The first step will be creating a safe and secure environment. The war to invade Venezuela at first may seem easily won in the air and at sea. However, the fight in the streets and in rural areas may be a completely different affair. Not only do the Bolivarian National Police, the National Guard, and other armed civilian bands (known as colectivos) have a better knowledge of the terrain, many of them have also blended in and are integrated into the civilian population. Moreover, according to reports, Colombian insurgent groups freely operate within Venezuela and have allied with the regime to maintain security in border areas.  A plan to invade Venezuela must keep in mind the vast network of grassroots military support the regime has established in Venezuela. A victory will not only involve a painstakingly long and expensive effort, it will also come at an elevated human cost – both in terms of civilian deaths and refugees.

Second, the deterioration of the rule of law in Venezuela has made it difficult for citizens and companies operating there to be able to interact with institutions to solve their disputes. The chavista regime has not only packed the courts with loyalists, it has also made significant reforms to the constitution and judicial institutions. Furthermore, Bolivarian grassroots movements and communal councils are an intricate network of intelligence and support for the government  at the neighborhood level which will not be easily dismantled. Creating a framework for judicial institutions to start anew will not only be an expensive and long endeavor, but it will also need to gain the citizen’s trust in the newly established government institutions.

Third, the government (read the military) has complete control over the delivery of basic goods and services throughout the country. National Guard members regulate the flow of currency, imported staples, and agricultural production. Government distribution networks effectively hold a monopoly of the market and together with the communal councils have created an ad hoc regulatory framework that enforces government-mandated price controls and quotas. Not only will a new and transparent market system of trade in basic goods and services have to be created from scratch, but would-be occupiers will deal with constant sabotage and obstruction of existing networks.

Fourth, macroeconomic instability in Venezuela, entrenched illicit interests, and formal employment generation will be a challenge. The worthlessness of the sovereign Bolivar is evident, but beyond replacing bank notes with US, or some other form of strong currency, the economy must be weaned off illicit interests. For too long Petroleos de Venezuela (PDVSA) has been the piggy bank of the military and other cronies that have used the national oil company’s access to hard currency to become the main import-export agents of the entire country. Moreover, the national guard and other institutions have gotten involved in the drug trade. Making substantial changes to the status quo will require technical acumen, security and a lot of patience. All of which are currently in short supply in Venezuela.

Finally, a stable system of democratic governance must be put in Venezuela. This is no easy task in a peaceful country, it will become a gargantuan effort in a hypothetical post-war environment.  The opposition National Unity Table (MUD) sharply divided and there seems to be no credible near-term plan beyond a complete overhaul of the country’s institutions to restore Venezuelan democracy. Moreover, although the government is loathed internationally, it still has significant support amongst a portion of the population, how will that population be represented in the government going forward?

I’m not saying that the Maduro regime should stay, or that I am not aware of the horrible living conditions in Venezuela, or that the international community should not act to topple the regime. I am saying that before we elaborate on fantasies of military intervention, we should have concrete answers to the strategy, long-term plan, and funding for sustained efforts to stabilize and reconstruct Venezuela after the regime is toppled. Until then, I advise proponents of invasion to be more honest about the implications of an intervention in Venezuela and to show more prudence. 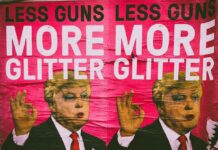