Colombia’s professional basketball league will be heading for a slam dunk in 2018, with the announcement of a newly designed league and various changes that come with it.

This year’s national basketball league will feature eight professional clubs, which means three new locations. Current champions Cimarrones del Chocó have moved to Istmina, half an hour down the road from Quibdó. Meanwhile, basketball returns to the Caribbean with Titanes de Barranquilla and Warriors de San Andrés joining the league. The league takes place between September 29 and November 28.

Jorge Armando García, the President of the Colombian Basketball Federation, expressed his satisfaction with the changes and the teams, “It is a dream that we have had for years, to have the four big cities represented. Medellín and Bogotá have been there for a long time, Cali entered last year with Fastbreak and Barranquilla returned this year.”

“To attract the private sector, we now have contracts that [mean] local games are being broadcasted live by Telepacifico, Canal Capital and Telecaribe and we are trying to get Telemedellin or Teleantioquia to broadcast the games in Medellín.”

John Mario Tejada, president of the Liga Profesional de Baloncesto, went on to explain the new league format which features an East and West conference like in the NBA for the first time. This puts Cali, Manizales, Medellín and Chocó together in the West, while the disparate East has Bogotá and neighbours Tunja facing big trips up to Barranquilla and San Andrés.

“In the new league each team faces their conference rivals twice at home and twice away. The first and second place teams from each conference will then go to a best-of-five semifinals and the champion will also be decided in a best-of-five final.

Tejada continues by explaining what they have in mind for the future, “For next year we are working to expand basketball in Colombia by making a second division as well, so all cities in Colombia can have basketball.”

“We want to continue to improve basketball from the youth up, so in the summer we will have a tournament where the talents can show what they can do, so the clubs can sign the players for their roster.” 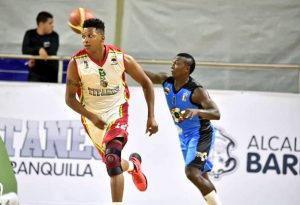 To protect the development of local talent, the league permits only three foreign players on each roster, with no minimum set. This allows most of the roster spots to be taken by local players. Furthermore, each team is obliged to sign one player under 21 years of age from the club’s region.

“Also, we are going back to playing two semesters per year, so that we’ll have basketball the whole year.” The last three years the league only consisted of one semester.

But Tejada is aware of the challenges, especially financially: “To make this work we will need Colombian businesses to get involved with basketball. At the moment there is no financial support from the government. The eight clubs in the league are paying all the costs involved in this tournament, but having the games broadcasted makes a big difference.”

Piratas de Bogotá are the capital’s local team, competing in the Eastern conference. Run by coach José Tapias, who was a player himself in the seventies, the Piratas are steeped in tradition and can be seen this season at the Coliseo el Salitre on the southwest corner of Calle 63 and Avenida 68. Since their inception in 1995 they have taken home the title four times.

The Piratas have some exciting players in the squad for this year. Colombian national team centre Jairo Mendoza is one of the big names and they’ve incorporated two Venezuelan players in their roster for this season: Small forward Morris Sierralta and shooting guard Yohanner Sifontes. They both came over from South American champions, Venezuelan Guaros de Lara. Tickets to see the Piratas are sold at the entrance of the Coliseo at COP$8,000

Find the schedule, match reports and everything else you want to know about the Colombian professional basketball league online at dpb.web.geniussports.com 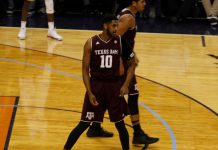