Home Colombia The removal of Semana columnist indicts the magazine and threatens the state...

Yesterday was one of those days that marked a turning point in Colombia’s journalism history. Although it’s not uncommon for journalists to be fired from their outlets (in Colombia or anywhere else in the world) Daniel Coronell’s firing from his weekly column in Semana Magazine feels different. It is not hyperbole to suggest the freedom of expression in Colombia is in danger.

Daniel Coronell is, by a large margin, the country’s most respected and widely read opinion columnist. His well-researched and thought-provoking columns every weekend garner significant attention, frequently becoming a nationwide trending topic on social media. His columns often challenge the political establishment, in particular, elites such as former president Alvaro Uribe, Bogotá’s mayor Enrique Peñalosa, and traditional powerbrokers such as Germán Vargas Lleras. Coronell has also challenged and scrutinized figures in the left such as former presidential candidate Gustavo Petro, which has earned him the ire of his followers.

Coronell’s mistake seems to have been to question his publishing house on why it held on to a story about the military seeking to reinstate a failed policy promoting a boost in body counts as a measure of success – reminiscent of the “false positive” scandal. In a carefully worded column (still available here or here) Coronell asks the magazine management to explain to their readers if they buried the story at the behest of the Duque administration. In firing Coronell, it seems that Semana would rather lose their star columnist before admitting a mistake, exposing an uncomfortable kowtowing to power from Semana.

His legacy and his firing

Coronell is an unrelenting investigative journalist who constantly makes powerful figures feel uncomfortable in light of the material that he is able to unravel. Some of his most notable investigations have targeted former president Uribe, his family and the source of their wealth, and Uribe’s alleged ties to paramilitary groups and investigations into potential witness tampering the former president may have engaged in. The material he has uncovered has earned him threats and lawsuits from Uribe – and other associates – that are still pending in the highest courts. The quality and relevance of his investigations have earned Coronell praise from colleagues, readers, and even political adversaries. This makes him a necessary voice in Colombia and his columns set the agenda for the week’s political discussion.

Coronell’s Sunday column was particularly biting as it crossed an unspoken rule in journalism: to criticize one’s own outlet. Coronell himself acknowledged in his opening paragraph that he was hesitant to write the column given his gratitude to the magazine and its leadership. However, the journalist did his job and asked three important questions from Semana’s management:

These questions exposed an uncomfortable truth that Semana failed its readers in holding the government accountable. The gravity of the situation became painfully aware to readers and editors alike, so much so that editor-in-chief Alejandro Santos had to reassure readers that the magazine was a bastion of free speech and never would shelve an investigation to please the powerful.

Coronell’s unceremonious firing was handed to him by Felipe López – son of former president Alfonso López Michelsen and founder of the Magazine. Immediately it was lamented by fellow journalists and readers alike – some who promised to cancel their subscription to the magazine, others who stopped following the magazine on social media.

It is unlikely that Coronell’s firing will silence him – after all, he will likely draw crowds to the next publication that publishes his opinion, as several have offered. It is also unlikely that the cancellations will signal hard times for the magazine, 50% of which was recently bought by the Gilinski group, which according to Forbes Magazine has a fortune.

The change in Semana Magazine’s ownership from majority ownership of López to the Gilinsky group signals a concentration of ownership of the country’s major media outlets to billionaires, as Yohir Ackerman aptly suggests.

The media in Colombia is feeling the same pressure as media everywhere to become profitable, to engage in clickbait, and to pursue advertorials. This has put pressure on editors and news managers to secure advertising revenue and prioritize the monetization of content. However, the role of journalists is to hold the government and the powerful accountable and it should be on the readers to discern whether they believe a news outlet is fulfilling that promise to the best of its ability and if so to reward that outlet with loyalty and a subscription – should they be able to afford it.

Colombia does not lack well-versed, courageous, and honest journalists and outlets (some of my favorites are La Silla Vacía, Cuestión Pública, CeroSetenta, and El Espectador); however, those characteristics seem to be lacking in the owners of other the media outlets. Concentrated ownership of news outlets by the country’s billionaires puts economic interests against an independent and free press. There will always be a sort of tension between opinion columnists and the editorial direction of an outlet (one that I am lucky not to feel at The Bogotá Post). The only way for the media to regain their credibility is for journalists to do their job honestly and courageously as they have been doing.

Sergio Guzmán is the Director of Colombia Risk Analysis, a political risk consulting firm based in Bogotá. Follow him on twitter @SergioGuzmanE and @ColombiaRisk

*This opinion column is intended as a space to discuss some of the most pressing issues faced by Colombia and the region in these uncertain times. All opinions and content are solely the opinion of the author and do not represent the viewpoints of The Bogotá Post. 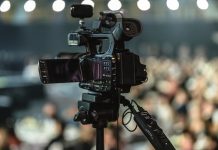 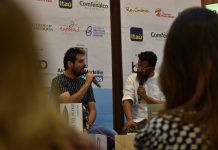 “The problem with violence in Colombia is that the state is too weak”: Q&A with conflict journalist and writer Juan Miguel Alvarez 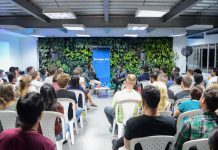 “What’s safe and what’s not safe in Colombia is more confused now than it has been for years”: The New York Times’ Nicholas Casey...