Home Entertainment The Saga of SOFA

Hear the tale of Fred Ellis, a level 22 journalist [AC 0/THAC0 3], who pays homage to the city’s fantasy and gaming fair with tales of a mythical quest into the land of SOFA

Adventuring is a hard life. Always questing, always searching for gold and treasure. Now, I sit in this tavern an old man, grey in beard and long of tooth. But let me tell you about one of the legendary quests of Fred Ellis at SOFA.

It all started when his liege, a level 42 editor, called him to her cave in the wretched town of Galerias. There, on the hallowed Calle of 53a, he was first told of a quest to the land of Corferias, past the Great Avenida of 26 and unto the West. Past the Arc of Corferias lay treasures beyond comprehension. Luisa the noble Lion Queen bequeathed to him two amulets of the press, that would gain safe entry past the ogres at the gates.

And so it was that he journeyed West on the mighty vessel Transmilenio unto the City of the University whereupon he disembarked to meet his companion, the Man of Stone. After a hale and hearty meet, they headed off into the belly of the beast. 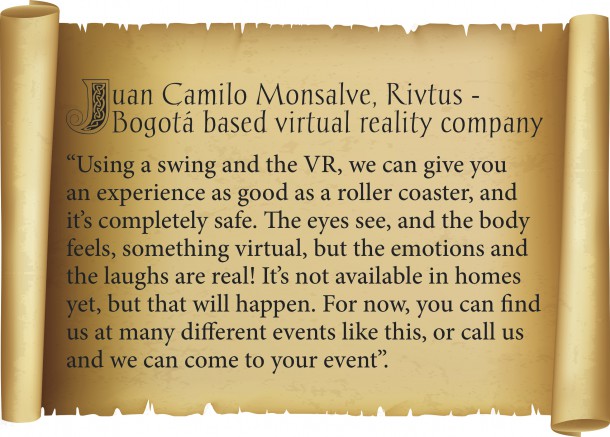 First on their list of lands was the futuristic SOFA Gamers Zone, and within they found a great many pleasures, some of digits, others of metal and none of flesh. There was a man who made a small Falcon fly off from his hand, that he controlled remotely as if by magic enchantment. There was a Stormtrooper, though they could not see if he was black like the prophecy told. There was at another repast a magic helm that when bourne allowed the wearer to see zombies and even to kill them, all of this under the Eye of ETB, the foul sponsors of Zona Zombí. 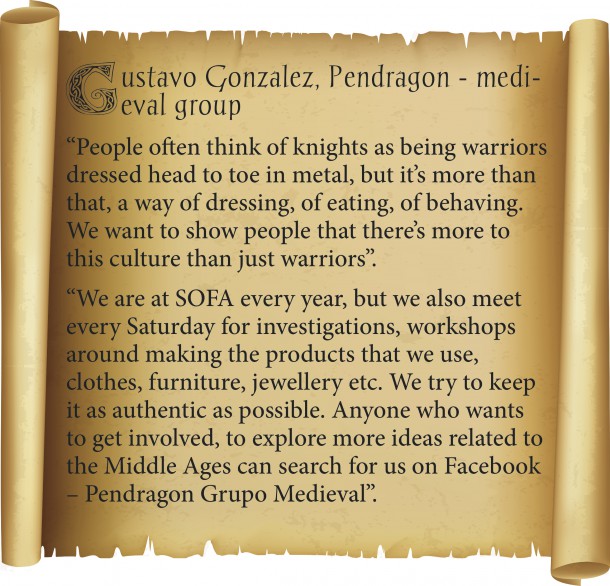 Plenty more zombies infested the hall, but combat was unnecessary as the zombies were utterly transfixed by the screens in front of them. Medusa herself could not have rendered them more immobile. Behind them zoomed tiny carts with minds of their own, they of the Control Gaming group, who harried and darted with each other, flying off ramps with abandon and disdain for sense.

The warriors moved on. They wandered and spent, until their bellies were as empty as their wallets. In the Kurenai Maid Café, they were entertained by wenches dressed as Oriental maids and semi-passably offering Japanese greetings. Fruit tea was quaffed and bowls of ramen polished off with gusto before the group separated. The Man Of Stone headed north with his consort, while Ellis retired to read his shiny new Transmetropolitan books.

Three days after the leaving of the Man of Stone, Ellis set forth once more for Corferias. This time he was accompanied by an elvish princess who helped him past the Mamertos that surrounded the Bridge Over the 26th.

They pressed forth into the throng of the marketplace and marvelled at the many treasures on show, from comic books to fluffy pillows even as far as robotics and a 3D printer. Above was a great display of people performing all sorts of tricks on bikes, even the great Saint himself, who defied physics with his mastery of the wheels, at once upon the handlebars, there standing on the seat, and here cycling sideways. 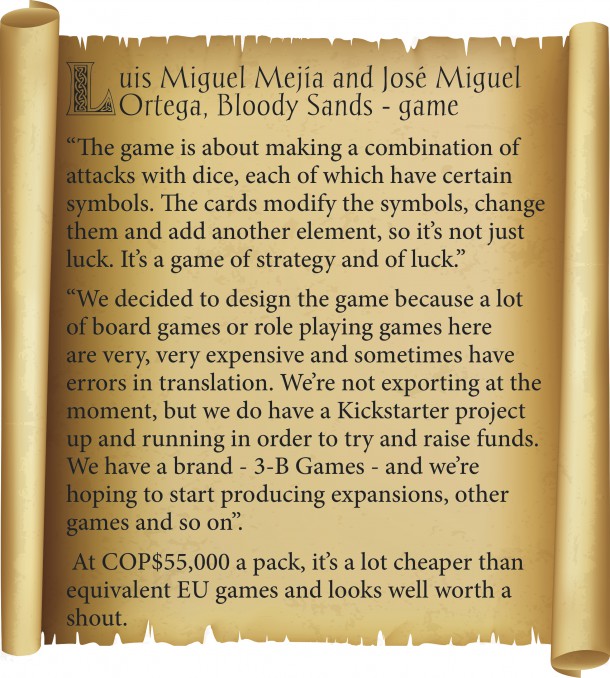 Many travellers were dressed in finery and rich robes. Ellis doffed his hat to the many that had made a great attempt and could fool the eyes of any but their own mothers.

They headed out, and were thrown and buffeted by the cruel winds which forced them back into the safety of the Pabellones, where they bought more trinkets such as super-cool steampunk sunglasses with bike details over the lids.

Finally, with a bag full of booty and nary a sword drawn, the two eloped away from Corferias. Now, I ask you just one thing, pilgrim. As they took respite in Café Arabigos and recanted their tales, I entreated them to a bottle of Fuller’s true pride, London Porter. Would you do the same for an old man, long in beard and tooth?

SOFA (Salón de Ocio y la Fantasía) takes place every year in Bogotá. The 2015 event ran from October 29 to November 2 and brought together over 172,000 fans of gaming, comics, anime and legend.