Home Business The secret to becoming the next YouTube sensation

One of today’s leading vloggers reveals the secrets to his YouTube success.

Top YouTuber, Juan Diego Gómez has racked up 912,889 followers on his channel Invertir Mejor. His advice for anyone starting out in the vlogging world? Give people something to relate to.

“When people feel that you are their ally, they support you,” Gómez explained.

“I look at the famous people in the same niche as me, like Tony Robbins, and see that they have much fewer followers,” he said. “Why is that? I think our secret – that of my team – is the magic, the passion that we put into each video,” he said.

This seasoned financial expert and life coach began with just 100 followers in 2009. Almost a decade later, and his weekly videos on how to turn one’s passions into money and how to live a more fulfilling life have made him a YouTube sensation.

He now travels all over the world to speak at conferences and has published various books.

Gómez actually began his journey to fame from an all time financial low. He had lost his job, was deep in debt and about to get married.

But now, he says he is thankful for that moment.

“That’s when I wrote the first of of my nine books. With that first book a lot of doors opened for me,” Gómez said.

After his first book, Gómez began starring in financial education videos for Cosmovisión TV, but discovered that with YouTube he could reach many more people.

His positivity, honesty, and intense energy resonated with his followers: many of his videos started getting hundreds of thousands of views.

“Our videos are about more than how to get rich. They focus on energy, motivation, spirituality, and tangible actions people can take. These factors have been very powerful for the channel,” Gómez said.

In his most recent book, entitled Ideas Millonarias: 44 estrategias que cambiarán tu vida, he talks about strategies to help tap into your creativity and transform your ideas into income and a more purposeful life.

So, how did he build up his following? Here are his top tips that made him a household name in Colombia and around the world.

Talk about the things you have experienced

“I talk about what I know. If I talk about something it’s because I have done it. I have been there. I say ‘I lived this.’ I had a small apartment and now I have a [large] one because I [took these specific steps]. And that’s what people like.”

“The most important thing is to have experiences and knowledge. The hardships you have overcome in your life are those that others are trying to overcome. Create a YouTube channel about how you battled depression, overcame loneliness, or how you survived cancer, and you will see the amount of people that need you.

Leverage the difficulties of your past

A difficult past means that you are tougher, wiser, and have more experience and therefore you will have more of a lasting success.

“I put my shorter (spur of the moment) videos on social media and then my longer videos on YouTube: YouTube and Instagram are not mutually exclusive. In all my social media channels I have about 2.4 million followers.”

Don’t listen to the criticism of others

“Ask people what they think of what your content. Feedback helps us be better. Many times we think we are communicating clearly, when in reality people are not understanding what we are talking about. But if you don’t ask you can’t improve.”

Use criticism to make you stronger

“As I mentioned before, criticism will happen. It will either weaken you or make you stronger. Be the latter. That’s what we call having attitude.” 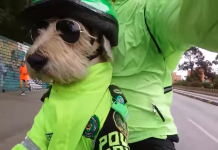