Home Chris Bell Travel off the beaten track: On the edge of Tuparro 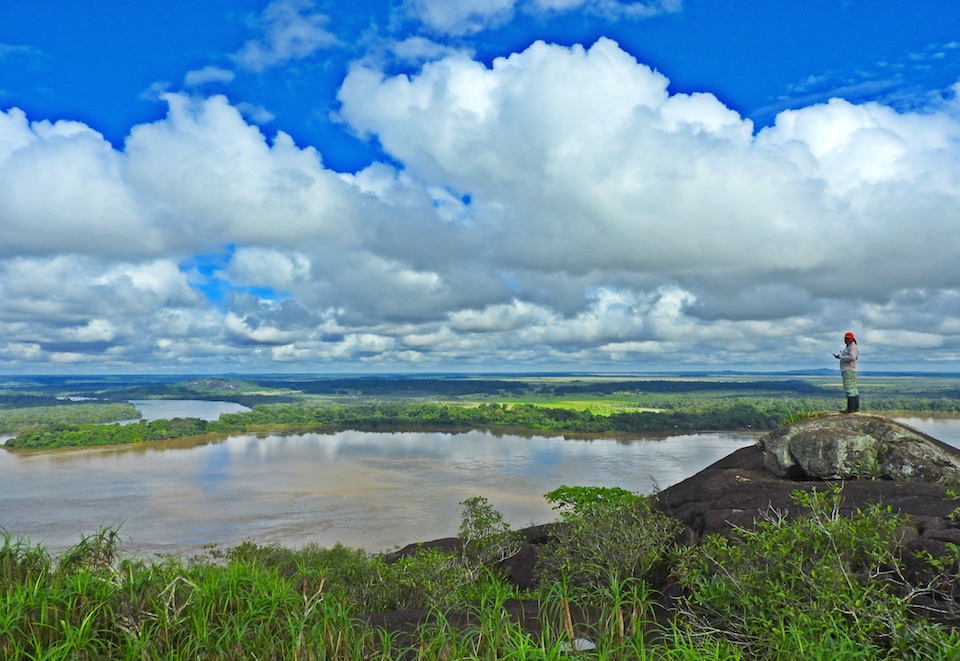 Slip-sliding along some of the oldest geological formations on the continent, our intrepid correspondent gets to grips with a little-visited part of Colombia in Tuparro National Park.

About halfway up the hill I suddenly realise that my hiking boots are useless: last night’s rain has rendered the rough rock under my feet completely insensible to their premium gripping technology – or whatever fancy term they’ve come up with for “has a lot of grooves on the sole” – and it’s like trying to walk on icy soap. Every step I take, no matter how delicate or deliberate, nearly sends me tumbling back down the steep slope to the jungle below. There always comes a point when all that upmarket outdoor gear, purchased with great fanfare and cries of “it has a waterproof lining”, turns out to be totally and utterly useless. I have just reached that point. My guide, Ariel, extols the virtues of his cheap rubber boots – my own pair of which are sitting uselessly in my wardrobe in Bogotá – as I reluctantly accept his proffered hand.

The hill that I’m currently trying my damndest not to tumble off is Cerro Guahibo, on the edge of Tuparro National Park in Vichada department. These rocky hills are part of the Guiana Shield; a 1.7 billion-year-old geological formation that long predates the American continent. It’s a sobering thought that these rocks that keep rejecting my footsteps are some of the oldest on the planet. Technically I’m in Venezuela at this point, but climbing the hill is an essential part of any visit to Tuparro as it offers the best view in the entire region over the mighty Orinoco River, hundreds of miles of jungle and savannah, as well as the Maipures Rapids, once named “the Eighth Wonder of the World” by Alexander Von Humboldt, who journeyed through this region in 1800. One of Colombia’s largest national parks, Tuparro is also one of the least visited.

It’s rare that you can confidently say that you’re the only tourist in town, but in Tuparro you really can: when I registered my entry at the small park office by the river I was the only name on the list; the only one for the past couple of weeks in fact. I asked the young volunteer warden on duty how many people visited last year and he told me about 300, give or take. To put that number into context: Tayrona National Park received an estimated 350,000 visitors in 2016. Tuparro is about as off-the-beaten-track as it gets in Colombia.

Related: Off the beaten track: Into El Caguán

After a good deal of careful shuffling, and no lack of rather comical hand-holding, Ariel and I eventually manage to reach the smooth dome at the top of the hill. The sun has already risen and the exposed rock is drying out fast in the intense glare. For the first time in a while I turn back and soak up the view behind me – the vast Orinoco snakes around the base of the hill, glittering in the early morning light, and the carpet of jungle is broken up only by the pale green pockets of savannah. I can faintly hear the dull roar of the Maipures Rapids somewhere to my left, and I stand for quite some time taking it all in, letting the sun dry the sweat from my brow. 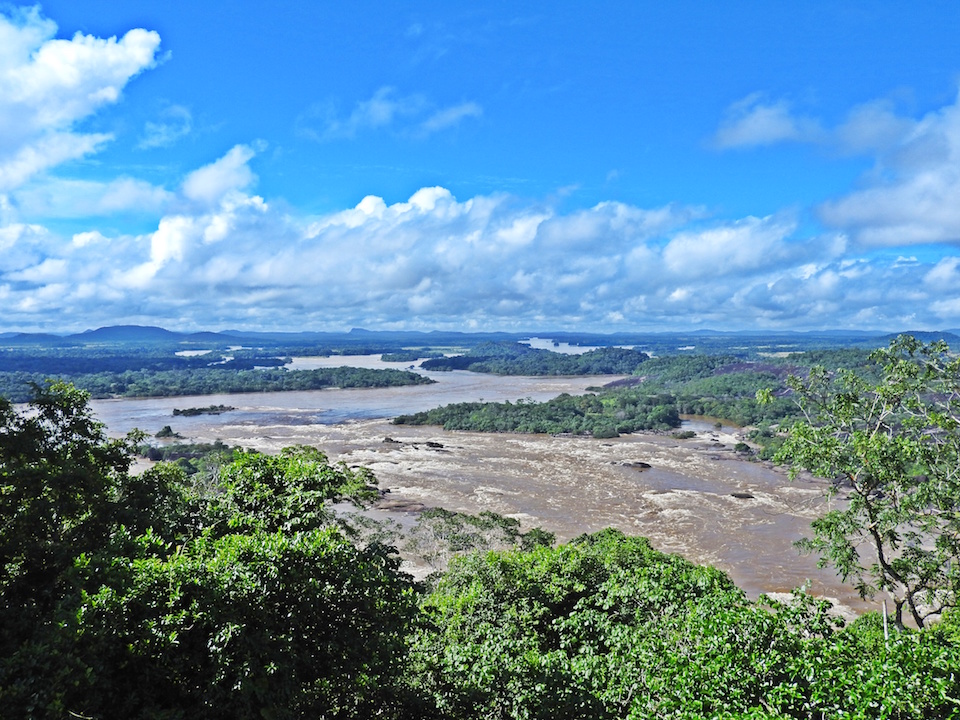 After a while we set off again; my boots are actually offering some grip now, and I’m practically skipping along the warm rock, enjoying the sensation of not feeling like Bambi. We pass small pockets of strange plants – which were, according to Ariel, first described by the legendary ethnobotanist Richard Evans Schultes – and even some faint petroglyphs, etched in red on boulders overlooking the river below. At one point the path disappears into a patch of forest, perched somewhat incongruously on the hilltop, and I spot a small black and green poison arrow frog scuttling through the damp leaf litter. The whole place feels like a remnant from the distant past: even the frogs aren’t bothering to hop.

Related: All your favourite travel destinations in Colombia

Eventually the path reaches a gap in the forest and I’m met with one of the most spectacular views I’ve ever had in Colombia: the raging waters of Maipures fill the foreground, the Orinoco winds away towards the distant horizon, and rocky hills like this one sporadically jut out from among the mass of trees. Sitting there in the sun, drinking in a view seen by so few people in Colombia, it’s hard to imagine that there’s a modern world out there beyond the jungle at all.

Chris Bell is a freelance writer who has travelled to 31 of Colombia’s 32 departments. You can follow his off-the-beaten-track Colombian adventures on Facebook @ChrisBellTravel and Instagram @ChrisBellColombia. 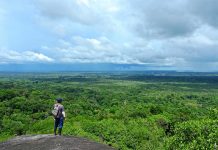 Travel off the beaten track: Stuck in the middle, Mitú