With so many festivals taking place across Colombia at any given time, it can be nearly impossible to keep track of what’s going on and where. We hope to remedy that with a regular guide to let you know what ferias and festivals are taking place over the next couple of months so you never have to miss a party again. So get booking your trip to one of these traditional, rowdy or downright weird Colombian festivals now!

Honouring the delicious fruit grown in the region of Cordoba, this celebration combines gastronomy and culture, with numerous locals offering mango-based meals while dance and folklore provide the rest of the entertainment. Much more than just a fruit festival, this is an attempt to regain and strengthen local traditions.

A traditionally rural Colombian fair at its best, this event combines handicrafts with livestock, flowers, tropical plants and agricultural machinery. Although the official start date is June 12, it kicks off with a horse parade on Saturday June 6.

Tolima sure loves to celebrate – not content with having the San Pedro and San Juan festivals, locals party in between with a haze of colours, music, traditional dancing, fireworks and parades. With the aim of protecting the region’s identity and traditions, it also includes a reinado (well, of course) and guests from every region of Colombia who are invited to display the best of their local culture.

The llanos come to life as locals and tourists flock to Meta to pay homage to Colombian (and Venezuelan) folklore. The llanero music that defines this region takes centre stage, with hundreds of dancers of all ages showing off their moves. Local food, horse parades and various sporting activities complete the billing.

If anything deserves its own festival, it’s this modest coastal delicacy, bringing joy to so many people on a daily basis. Be ready to pile on the pounds, with prizes on offer for the best arepa, the biggest arepa and the smallest arepa too. As you might expect, local music and dancing are also thrown in.

It’s all in the name really. Medellin’s parks, squares and public spaces buzz to the rhythm of tango, including film screenings, talks and events aimed at highlighting the history of tango internationally and specifically in Medellin.

Lebrija, proud of its moniker of ‘Pineapple capital of Colombia’, competes with another pineapple festival (that’s right, there’s more than one) in Oaxaca, Mexico. Plenty of pineapple products will of course be available, as well as concerts and lots of boozing.

Promoting the trans-border culture of the Amazon, this festival brings together people from Colombia, Brazil and Peru to take part in a number of local indigenous activities and celebrations, including regional gastronomy, sporting competitions and of course night time revelry. 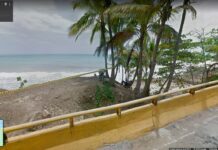