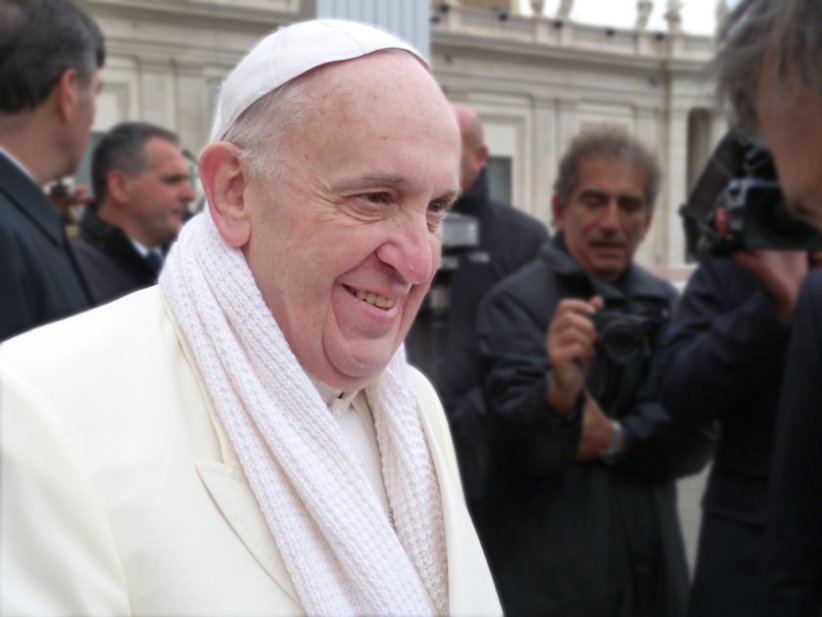 For the first time in Vatican history, the Pope read a letter to all of the 1.2 billion Catholics across the world in response to the growing sexual abuse crises within the church.

The letter, titled “His Holiness Pope Francis to the People of God” was three pages long and published in seven languages. His address to the people broke a tense papal silence since the release of a US Grand Juror report revealing and documenting the abuse of 1,000 children in the state of Pennsylvania by 300 clergymen.

“With shame and repentance, we acknowledge as an ecclesial community that we were not where we should have been, that we did not act in a timely manner, realizing the magnitude and the gravity of the damage done to so many lives,” the letter read. “We showed no care for the little ones; we abandoned them.”

He also referred to the prolific nature of the sexual abuses as a “culture of death,” and appealed to everyone to “condemn these atrocities and join forces in uprooting [it].” He vowed that there would be no more cover-ups in the church and that it was imperative for the church to recognise its failures and act on them.

“It is essential that we, as a church, be able to acknowledge and condemn, with sorrow and shame, the atrocities perpetrated by consecrated persons, clerics, and all those entrusted with the mission of watching over and caring for those most vulnerable. Let us beg forgiveness for our own sins and the sins of others.”

However, his letter was received with some criticism for, despite his strong words condemning those implicated in sexual abuse, no measures or plans to combat it were outlined.

“He needs an effective discipline process for bishops and religious superiors who are known to have enabled abuse,” she added.

Despite the tidal wave of accusations and allegations, at this point there have been no cases of clergy members being brought to trial by the Vatican.

The recent report condemning the actions of at least 300 church members in Pennsylvania showed the extent of the issue. The US Grand Jury who spent 24 months researching for the report found that almost all of the priests that had been accused of sexual abuse were unable to be prosecuted due to the statute of limitations, which disallows legal action if the events took place too long ago. In the report, they call for a change in this law in order to be able to bring the abuse survivors justice, as well as explaining that the number of survivors were potentially in the thousands due to under-reporting of potential crimes.

There has also been a call for all US bishops to present their resignation to the Pope, in the same way as Chilean bishops did in May of this year. So far, Daily Theology has created a petition to encourage the US bishops to stand down which at the time of writing had amassed over 2,800 signatures.

Another open letter was written by Cardinal Sean O’Malley, the archbishop of Boston and the president of the Papal Commission for the Defence of Minors. Clarin reported that he admitted the repeated abuse scandals have been wearing down Catholics and testing their faith.

“Time is up for all of us, leaders of the Church,” his letter read. “Catholics have lost patience in us. As many Catholics as well as those in civil society have also lost confidence in bishops of the Church of the United States.”

Argentina has also seen a reduction in those affiliated with the Catholic Church, as the recent abortion debates have opened the Church’s role in society up to criticism. Since the rejection of the legalisation of abortion law, the Coalition for a Secular Argentine State (CAEL) have organised many ‘Collective Apostasy’ gatherings, where hundreds of people queue outside their Church to formally renounce their faith.

The Pope will soon be visiting Ireland, which has had its fair share of issues surrounding sexual abuse against minors within the Church, and protests are expected to welcome him in the European country.