Home Entertainment Where to go: Galleries

Raymond Depardon’s France
With over 50 published books and 19 films to his name, Depardon is one of France’s most famed photographers, photojournalists and documentary filmmakers, and received a Pulitzer Prize in 1977.
Museo del Banco de la República, Calle 11 #4-41. Until May 31.

Movimiento Armonico Simple
The Colectivo Maski presents an exhibition centred on the Monument to the Flags, built in southwest Bogota in the 40s as an optimistic commemoration of pan-American integration. More than 60 years later, the flags no longer fly and the airport that probably justified the exhibition’s location has been replaced. These obsolete monuments now stand abandoned, a poignant reminder of stumbling modernity.
Espacio Odeon, Carrera 5 #12c-73. Until June 27.

Catherine Poncin: archives d’un present
With a sensitive look at Colombia’s conflict and its victims, Poncin presents images of disappeared Colombians, forcing the viewer out of the anaesthesia that so often clouds our view of the conflict..
Alianza Francesa Chico, Carrera 11 #93-40. Until July 16.

Hernán Díaz – Revelado: Retratos, Sesiones y Hojas de Contactos
A selection of 76 photos which cover many of the situations and themes that have come to define Díaz’s work. With the inclusion of many contact sheets that are being displayed for the first time, the exhibition offers a fascinating insight into the artist’s creative process.
BLAA, Calle 11 #4-41. Until February 2016. 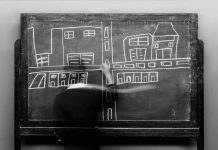