These are the human rights defenders who have already been killed in 2017 as the increase in violence and activists deaths persist.

According to figures from Indepaz, an institute dedicated to research and training on peace and development issues, there were 117 social leaders, human rights defenders and activists deaths in 2016. Two thirds of the murders took place in southwestern Colombia (Valle, Cauca and Nariño). This year alone eight people have been killed: 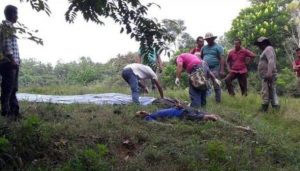 Hernán was a member of the Asociación de Campesinos del Sur de Córdoba, the same network as José Yimer Cartagena.

The activist had been working with farmers on replacement schemes for illicit crops. Reports say that he was walking close to the village where he lived when four armed men shot him.

Three other campesinos died on the same day: Heberto Julio Quiñones, Fredy Cogollo Mora and Marcelino Pastrana Fernández were killed in other parts of Córdoba, though authorities say they were not political activists. 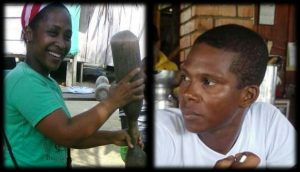 The bodies of Emilsen Manyoma Mosquera, and her husband Joe Javier Rodallega were found on January 17 after the couple had been taken from their home several days earlier. They leave behind two children, aged six and fourteen.

Both Emilsen and Joe were active members of their communities and belonged to CONPAZ, a network of community activists that work together for peace, social and environmental justice.

According to the NGO, Comisión Intereclesial de Justicia y Paz, Emilsen had been preparing to make a formal statement against the regional armed structures operating in the area, and had two years of documented evidence that she was ready to show to the authorities.

Asodecas reports that the leader was forced into a pickup truck and the following day his family were called to the morgue to identify his body.

He has been campaigning for the implementation of stronger human rights mechanisms for many years. Asodecas are vocal in speaking out against mega projects and the militarisation of the region, and has played an active role in the creation of a campesino economical project in the Alto Sinú y San Jorge. 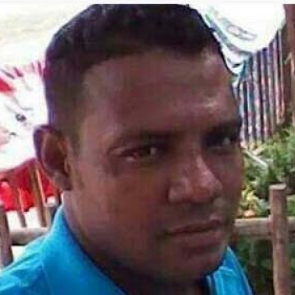 Campesino leader, Aldemar Parra García was killed on January 7 by two men on motorbikes in the Cesar department. He was president of the Asociación Apícola de El Hatillo, a local beekeeping association that was set up to assist displaced families.

He also campaigned against the environmental damage done by mining in the area. Reports say that he – as well as several other activists in the region – had received threats for their activities, though Drummond (one of the international mining companies present in the region) released a statement condemning the murder.

On January 7, evangelical pastor Juan Mosquera Rodríguez, and his son Moisés Mosquera Moreno were attacked and killed near Riosucio, Chocó. Their bodies were then thrown in the river.

The 55 year-old father was a member of the community council, and the attackers accused his 33 year-old son of having connections to the FARC. 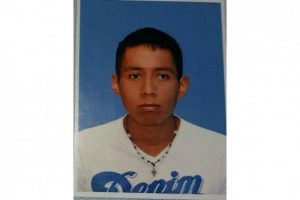 Olmedo Pito García, a member of the indigenous Nasa people, was attacked as he was on his way home in Caloto, Cauca on the evening of January 6. He was taken to hospital where he later died from his injuries.

Olmedo was a member of the Marcha Patriótica and several other community activist groups, who worked to defend the rights of indigenous people and also protect local land rights.

The surge in violence against human rights defenders has worried many international observers, NGOs and human rights organisations, who are looking to the government for assurances that action will be taken to prevent any further activists deaths.

In December, the government announced the creation of the Comisión Nacional de Garantías de Seguridad, a security commission that was agreed as part of the negotiations in Havana and is responsible for tackling this type of organised crime. However, NGOs were not reassured when the Interior Minister Juan Fernando Cristo played down the violence last year, claiming they are not “systematic” attacks and blaming drug trafficking and other circumstances for some of the deaths.

Following the death of Emilsen and Joe, CONPAZ said in a statement: “Today, in the midst of pain and tears, we demand from the Colombian government full guarantees that will lead to the protection of our lives and integrity, we do not want any more of our colleagues to be murdered, we are building peace.”