Home Environment A symbol of “transformation and force”: Challenges facing the jaguar in Colombia

In order to find out more about the jaguar’s role in Chiribiquete, The Bogotá Post spoke to award-winning Colombian conservationist Fernando Trujillo and conservation coordinator Thomas Lyster on the jaguar’s spiritual significance within indigenous cultures and the challenges its conservation poses.

Panthera Onca; the jaguar. A shamanic symbol of strength, agility, confidence and focus. For indigenous groups in Colombia and throughout South America, who respect and sometimes worship the animal, it represents force and power. It is this symbolic power that led early indigenous cave artists to use its shape in the paintings spread across Colombia’s most recently nominated UNESCO World Heritage Site, Chiribiquete National Park, otherwise known as ‘the cosmic ancestral home of the jaguar.’

The oldest of Chiribiquete’s sandstone paintings that honour the jaguar were made around 20,000 years ago with the more recent images made around 50 years ago.

Fernando Trujillo, an award-winning Colombian conservationist, biologist and founder of NGO Fundación Omacha, told The Bogotá Post that the drawings remain a mystery as to their true authorship. “Some people attribute them to the Karijona indigenous group…but the true origins are unknown,” Trujillo said.

Under shamanic traditions, indigenous groups believe that the jaguar, among the first to breathe fresh air when sitting high up in the jungle’s trees, breathes from the centre of its being, bringing physical and spiritual endurance.

“The shaman spiritual group continually seek transformation via the jaguar,” Trujillo said. “The jaguar maintains the balance of things…It attacks weak dams and keeps ecosystems healthy. So shamanic trips were often made in the form of a jaguar, of an eagle or an anaconda which are like the mothers of the world.”

One of the reasons that environmentalists and conservationists campaigned vigorously for Chiribiquete National Park to be given UNESCO World Heritage status was in order to conserve the practices and symbolism of indigenous groups within the forest.

Losing the jaguar would mean losing out on the spiritual healing it provides and everything the animal symbolises within indigenous culture. Therefore, given that South America’s largest predatory carnivorous mammal is currently considered a ‘near threatened’ species by the IUCN Red List, its conservation is becoming ever more pressing.

Conservation coordinator Thomas Lyster, along with Trujillo, outlined the three main challenges facing the jaguar. The first is a loss of habitat, which encompasses deforestation and a wave of agricultural expansion.

“Jaguar conservation is a big challenge because it requires forests to connect, and there’s the whole topic of deforestation,” explained Trujillo. “Unfortunately, we have intervened a lot in its habitat, transformed landscapes and reduced the quantity of its natural prey,” he said. 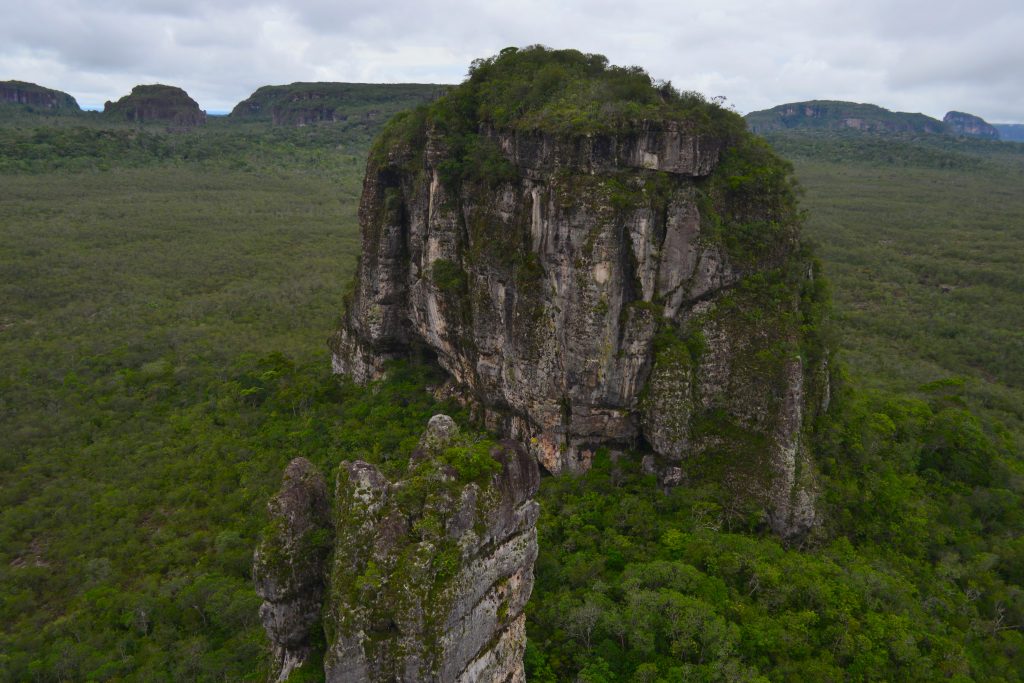 Secondly, humans pose a grave threat to jaguars, ranging from revenge killings for losing cattle, killing out of fear and, more recently, poaching.

“Over the last few years a great conflict has been generated between human beings and jaguars, as they get too close to cattle-breeding fincas and hunt cattle, horses and pigs and then a whole retaliation process starts where finca owners set out to kill jaguars,” Trujillo explained.

“Nowadays in Colombia it’s a bigger cause for concern. Almost all environmental corporations have problems with this issue and complaints from finca owners over these types of situations. People are trying to implement anti-predatory measures and better cattle management, in order to ensure the safety of calves so that this does not continue to happen.”

According to Lyster, a third and equally-pressing threat facing the jaguar is the illegal wildlife trade.

Jaguar teeth, pelts and claws are incredibly lucrative to sell, Lyster points out. The illegal market and demand lies in Southeast Asia, where poachers from Vietnam and China travel to Colombia to bring back jaguars illegally, either dead or alive.

Thanks to the sensual appeal of the jaguar in popular culture, in some parts of the world it is a status symbol to own jaguar parts. Its body parts are increasingly being used by a new generation who might, for example, wear a canine of the mammal around their neck in order to assert their identity or power.

Alternatively, there is also a cultural custom to grind up jaguar bones, canines and claws in order to make traditional medicine. Sometimes, jaguar products are even being labelled as tiger or leopard products to be sold on in Southeast Asian markets.

Due to Colombia’s history of illegal trade, skilled traders are able to use the already established routes to slip under the radar, explained Lyster. “Not much is known about the illegal wildlife trade of jaguars… and this is what’s terrifying wildlife conservationists in Colombia,” he stated.

“With 56 protected areas in Colombia, conservation is a big challenge. We need a bigger budget, more action, more investigation, and better accompaniment of parks to ensure good management of protected areas. It is an enormous task for just one institution to try and salvage all of Colombia’s natural heritage,” added Trujillo.

However, the country is already one step ahead, with almost 20% of Colombia’s land and marine territory protected, according to Trujillo. Therefore, as Lyster points out, with skilled police work and a stable government, conservationists can aim to make the most of the opportunity to conserve the jaguar as an emblematic animal, not only for the indigenous but the public at large as well.