Following the discovery of the Spanish Galeón San José in 2015, plans are now afoot to explore the wreck and bring it to land.

After more than 300 years below the waves, the Galeón San José is set to re-emerge from its watery tomb. The galleon, one of the last great Spanish ships of the 16th century, sank with a full cargo in 1708 after a clash with British privateers off the coast of Cartagena. Estimates put the value of the cargo at around USD$3 billion. That includes bullion of both gold and silver, precious stones and thousands of coins. It’s reckoned to potentially be one of the most valuable submerged treasure finds in history.

When the location of the wreck was discovered, there was an immediate dispute between Spain and Colombia. Madrid took the view that the ship had been part of the Spanish Royal Armada at the time of sinking and so was part of their “underwater heritage.” Colombia replied that the ship is in waters currently classed as Colombian national territory. In the absence of a formal claim from Spain, the national government is pressing ahead with plans to recover the wreck.

US company Sea Search Armada (SSA) have also insisted that they are entitled to 50% for their work in locating the site. The company claims that it identified the location of the wreck in 1981 and has filed several lawsuits since then. SSA say they have been promised a joint visit to the site this month and that they will drop their case if the wreck is not where they predicted.

Like the Spanish claims, SSA’s have been dismissed by Colombia and a public-private alliance has been formed to take control of the exploration.

The Colombian Ministry of Culture confirmed that the site has not been looted and that they expect the full cargo to be on board. The Minister for Culture, Mariana Garcés, clarified that Colombia would take no risk in the project and “all risk will be on the investor’s account.”

Speaking from Cartagena on July 5, President Santos stated that the San José exploration will “follow the highest standards in science, technology and finance.” Because of this, the work of rescuing the wreck is expected to take around a year to complete, once the contracts and other paperwork have been finalised.

Santos also confirmed that a museum will be constructed in Cartagena to house the remains of the wreck, as well as selected artefacts from it. “The cultural patrimony that we have in our territory is for Colombians and is not a commercial object,” said the president. He also made clear that it would be a proper museum, adding that, once rescued, the museum would “not be a small museum, but a large one.” 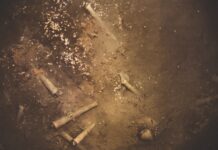 Jazid Contreras Vergel - June 8, 2017
Every country has its own unique rituals that people use to attract good fortune and repel bad luck. In his latest column, our intrepid agony uncle Jazid Contreras explores some of these quirky Colombian superstitions and the magical thinking behind them.

Oli Pritchard - September 24, 2022
We’ve made you another mixtape featuring artists from Sunday's Festival Cordillera in Parque Simón Bolívar. Who tickles your fancy?