Home Art On celestial beauty and Our Place in Space: A Q&A with Ulrike...

‘In science we try to objectify humanity. We remove mistakes in the data. But in art I’m free to show the mistakes, to dissect the data, to take it apart, to show empathy with it.’ 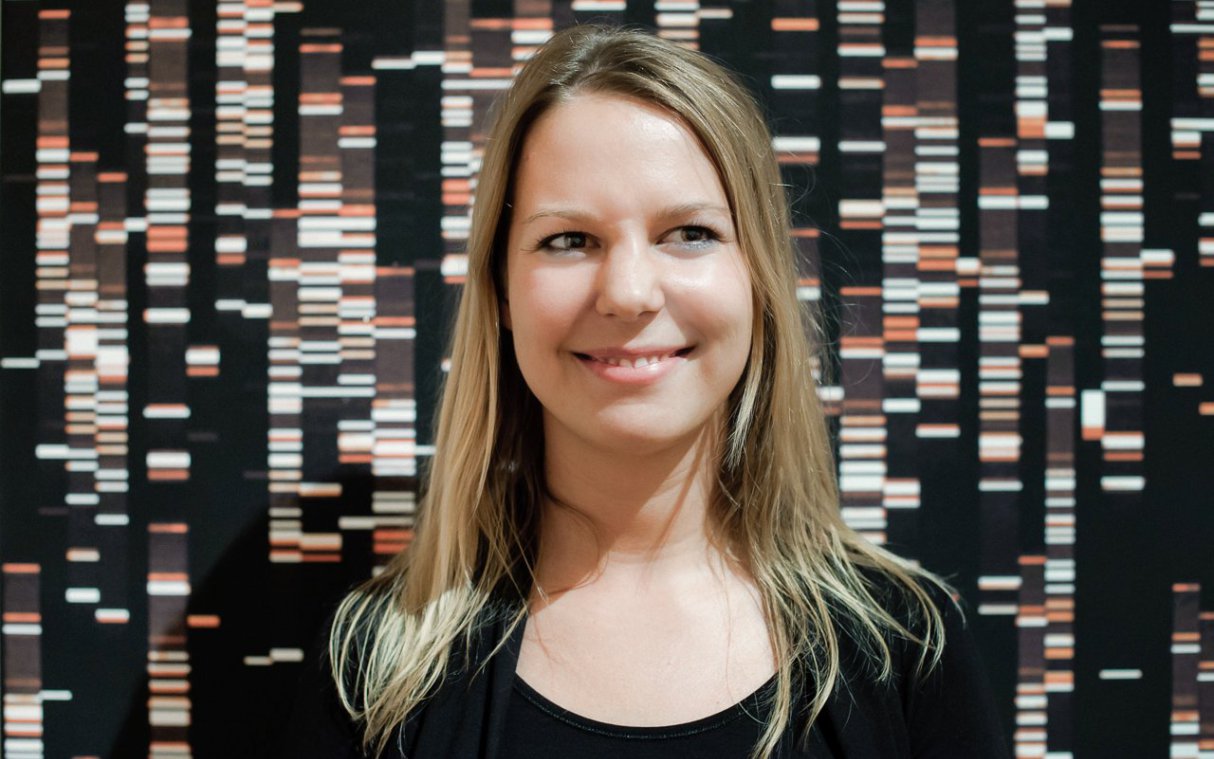 Some may find the combination of art and astrophysics unusual. But 34-year-old Ulrike Kuchner is both. As an astrophysicist, she peers through the Hubble and Very Large Telescopes to map the structure of the universe. As a visual artist, she transforms her research data into vibrant abstracts that reveal the human dimension of her work. In her native Vienna, she’s curated an exhibit called Our Place in Space and contributed to a version that opens this week in Bogotá. This Friday, bogotanos will be party to her accomplishments in these two seemingly contradictory domains at The Scientific Brain, a colloquium that explores the intersection of Science and Art.

The Bogotá Post: Talk to me about beauty. How do you define it? Where do you find it?

Ulrike Kuchner: Beauty has had a really big impact on why I do what I do. As a child, I found the night sky breathtakingly beautiful. I remember seeing a total solar eclipse as a young person in 1999. There was just this glorious hole in the sky, and complete darkness. I knew at that moment it was the most beautiful thing I’d ever seen and would see. Aesthetics were my route into science. They made me want to learn more.

And it’s not only for me. I’ve realised in preparing for The Scientific Brain that many leaders in astrophysics enter the field through the same route. There’s also beauty in mathematical formulae. Physicists will solve an equation and they’ll say “Beautiful!” It’s quite striking.

TBP: Data from your work in astrophysics informs your art. How do people respond to it?

UK: It depends on the their background. The overarching theme is Errors and Mistakes, which are very important in both art and science. A scientist will recognise the mistakes immediately. But people who don’t have that background will find different things.

I’m working on the humanity in the data. In science we try to objectify humanity. We remove mistakes in the data. But in art I’m free to show the mistakes, to dissect the data, to take it apart, to show empathy with it. That’s something everyone can relate to.

Related: Bogotá meeting of minds will ‘mark the future of science and our planet’

TBP: You work at the intersection of objective science and subjective art. How do you reconcile those traditions?

UK: It’s taken some time to understand my own position. These two worlds speak their own languages and convey their results in their own ways. But, the arts don’t need science to be legitimate. The creative person can work more freely as an individual; the person becomes part of the result. In science, the result is true regardless of who produces it.

At the same time, I’m a human being with a sense of self.  Imagine standing on top of a mountain with the entire night sky stretching out in front of you. You realise your insignificance – your cosmic unimportance – against the vastness of the universe.

At the same time, you’re the most important person in your own life. You have your own thoughts. The push and pull between these two extremes is a source for creativity that I’m very interested in exploring. This has been a big driver of my art. I enjoy jumping from one end to the other. I’m able in this intersection between art and science to live and create through both.

I made every mistake I possibly could. Everything that could go wrong did go wrong. Luckily, this is the topic of my art. So I embraced every mistake.

TBP: Do you find commonalities between the scientific and creative methods?

UK: Yes, and I discovered them through making mistakes. I used a new method – screen printing – to prepare my piece for the Our Place in Space exhibit. I really like printing methods because they have technical aspects that I can relate to as a scientist.

I made every mistake I possibly could. Everything that could go wrong did go wrong. Luckily, this is the topic of my art. So I embraced every mistake.

I work at a university. During the day I do research. I’m solving problems and debugging code. One day I realised I’m in the same situation in the printing studio in the evening. The problem-solving approach is exactly the same. It’s just like debugging code.

Preparing for this exhibit has taught me that the differences between the art I made and science are very small. It’s just your response to mistakes that differs. That was very striking.

TBP: Do you feel alone in your field, or are there others who share your approach?

UK: I don’t feel alone at all. ArtScience has gained a lot of visibility over the past five or 10 years through major exhibitions. These typically feature artists who collaborate with scientists, or artists who work in a very scientific way. The rise of artificial intelligence and machine learning lends itself beautifully to artists as well. I love it.

It’s a great time for multi-messenger collaborations. Our problems in this world are not one-dimensional anymore. We need collaborations that involve people who are well-versed in many different disciplines. Art will always rise in these situations. Creativity is the common denominator.

Our problems in this world are not one-dimensional anymore. We need collaborations that involve people who are well-versed in many different disciplines. Art will always rise in these situations. Creativity is the common denominator.

TBP: Are we alone in the universe?

At the same time, if there were civilisations out there, they’d need to be advanced enough to send out those signals. We’ve been looking for a long time and still haven’t heard anything.

TBP: We are on Earth, which is in the Milky Way, one of many galaxies spinning in the universe. Where are we as a species? Where are we headed?

TBP: Where are you headed next? Professionally and creatively?

UK: Professionally, I’m working on a new collaboration that studies filaments that feed clusters of galaxies. I know how to approach it scientifically. But I’m also starting to have ideas about how i can approach it artistically.

Wherever I go in professionally in Astronomy I will also go in Art. I no longer separate these two things. I’m re-emerging creatively, having completed my PhD, and I enjoy it.

Edited for length and clarity.