Home In This Edition Balance of power

Comptroller warns of energy shortages in Colombia after accidents at two power stations cause a 10% decrease in generation nationwide.

The Minister for Mining and Energy, Tomás González Estrada, submitted his resignation on March 7, just days after assuring the public that they should not be expecting blackouts, cuts or rationing of electricity.

A fire at the hydroelectric plant in Guatapé and turbine damage at the Termoflores plant in Barranquilla, have reduced the country’s capacity by 11% and put additional pressure on the country’s already limited power supplies.

In a speech that outlined a series of energy saving measures, President Santos said that rationing could still be avoided, and announced that the María Lorena Gutiérrez Botero would take over from González.

The new minister said, “Saving energy is no longer an option, it is a duty of all Colombians”.

Colombia’s watchdog, Comptroller General Edgardo Maya Villazón said their analysis shows that the country will be at risk of power outages for 15 days in March and April, especially in Antioquia and the Caribbean coast. The comptroller warned that there are many similarities between now and 1992, when the government was forced to introduce power rationing.

He says that the country is only 130 megawatts away from outages that could last between one and three hours at peak times. To put this into perspective, this amounts to a reserve margin of only 1.2%, which is well below the internationally accepted reserve margins of between 5% and 10% of demand for electricity in a country. 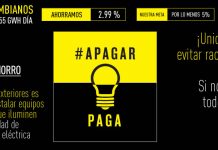