The ride-sharing app Uber will no longer be available in Colombia from midnight January 31st onwards, the company announced Friday.

The decision was in keeping with a ruling made in December by the Superintendence of Industry and Commerce (SIC), which said that Uber was skirting laws governing the public transport market and giving itself a significant advantage at the expense of Colombia’s taxi drivers.

In a statement, Uber said that it would obey the decision taken by SIC, but it considered the ruling to be arbitrary.

“We’ve used all our legal resources (…) to defend the two million users who choose how they move around the country and the opportunity for the 88,000 registered driver using the app to make additional money to help sustain their families,” Uber said in a statement. “We believe that the national government can take urgent steps to allow Uber and other platforms to continue working in the country.”

“Six years ago we were the first company to offer Colombia an innovative and reliable form of transportation,” the statement continued. “Today Colombia is the also the first country on the continent to close its gates to technology.”

On its Twitter page the company also admitted defeat in its battle to stay in Colombia, posting “Goodbye… hopefully see you soon #UnaSolucionParaUberYa.” The food delivery service Uber Eats, however, will continue to function as normal.

SIC’s battle against ride-sharing apps is unlikely to end with Uber. Other services used by Colombians such as Beat, Didi and Cabify will continue to work in the near future, although the lawyer representing SIC against Uber, Nicolás Alviar, announced plans in December to go after Uber’s competitors.

“CoTech gave me the order to initiate the same process of unfair competition against Didi, Cabify, and others like InDriver,” Alviar previously told El Tiempo. “We think that the historic precedent [set by the Uber case] will make these cases much more simple.” He added that the maximum that each one of the cases could take would be a year-and-a-half.

Reactions to Uber’s departure were decidedly mixed. While those involved in the taxi cab industry were understandably elated by the news, others saw it as a step back and a rejection of technological progress.

“It’s sad news for the present and for the future, which we should confront hand in hand with technology,” David Luna, director of the Tanque Al Centro thinktank, said on Twitter. “The government and SIC prefer to go against the consumer, protect monopolies and expel technology…We’re seeing the beginning of the end of the benefits of the digital economy, it’s absurd and shameful.”

This is hardly the first time that Uber has faced a major setback in the last year. In August the company reported a $5.2 billion loss, and in December co-founder Travis Kalanick resigned from the board of directors. The company has also faced regulatory setbacks in New York City, London and Germany. 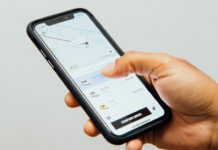 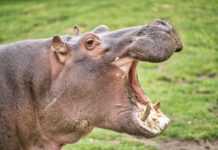