Home In This Edition Blowing a fuse over Isagen

Mike Mackenna asks why Santos is selling off the state’s crown jewel, Isagen

In a trend no one could have predicted, pawn shop based reality shows like Pawn Stars have taken over your television. These shows draw an audience by finding the drama in people selling their valuables for some quick cash.

President Juan Manuel Santos is creating a similar kind of drama with his sale of the government’s stake in Isagen, the well-run, profitable company which generates almost 17% of Colombia’s energy. For various reasons, the sale has been postponed several times since Santos first proposed it, and is currently awaiting the high court’s ruling, scheduled for August 3.

So why would the Santos administration want to let go of an efficient, well-managed company in a strategic sector of the economy? Why sell off what some call the “crown jewel” of Colombian state assets?

President Santos and Chancellor of the Exchequer Mauricio Cárdenas have a straightforward answer they’ve repeated many times: to finance construction of the 4th generation (4G) highways. The administration says it needs 50 billion pesos for the highways, and the Isagen sale is expected to be worth between 4.7 and 9.3 billion pesos. As Vice Chancellor of the Exchequer Andrés Escobar claimed in a debate hosted by Semana, this isn’t so much a sale as an exchange of one asset (Isagen) for another (the highways). The money from the sale will bring a return on investment four to five times higher than the return the state is getting from its investment in Isagen, Santos claimed in a press release.

Related – In defence of privatising Isagen

It isn’t quite that straightforward, though. The money from the Isagen sale will not go directly to the companies building the highways; instead it will go into the National Development Finance Bank (FDN), and then be loaned to those companies. The loans will need to be paid back within 20 years, though the first eight years of the loan will be interest free. So while Isagen’s buyer will benefit from the 13% profitability that the company has averaged over the last three years, the state will not make a single peso for eight years off the money from the sale.

The state won’t make any money off the highways themselves either, according to Razón Pública. Money from tolls will go straight to the companies who built the highways.

There are other ways to finance the highway constructions. Liberal Party Senator Horacio Serpa proposed having the national bank lend the money to the FDN, which can then lend it to the highway-construction companies, a strategy that is sanctioned by the Colombian constitution. El Espectador columnist José Roberto Acosta claims the Santos administration could finance the construction by borrowing in pesos at 6.8% or in dollars at 5.4%, without losing the highly profitable Isagen. Another proposal is to issue bonds from the Financial Institution Guarantee Fund, which was how the government rescued its banks during the financial crisis of 1999. The government could also work on collecting the astonishing 50 billion pesos they are estimated to lose each year through tax evasion, with approximately 40% of sales tax and 50% of income tax going uncollected.

Besides holding onto a valuable strategic asset, the Santos administration would also make elected officials from across the political spectrum happy by dropping the privatisation plan. The Isagen sale is so widely opposed that it might be the one thing that leftist Bogotá Mayor Gustavo Petro and right-wing Senator Álvaro Uribe agree on. Besides uniting those bitter political rivals, the sale brought together 80 of the 102 Colombian senators from Polo, Centro Democratico, Alianza Verde, Partido Liberal and Partido Conservador in opposition to it.

So again, why would the Santos administration want to go through with this sale?

It might be because Santos genuinely believes in privatisation. He is a proponent of the Third Way political philosophy, whose most prominent champions are Tony Blair and Bill Clinton, and which has “no ideological commitment to public sector provision”, according to the BBC. Santos even wrote a book called The Third Way, with Blair as a co-author.

Another possible explanation is that Santos wants to keep Colombian debt down as part of the Colombian bid for membership in the Organisation for Economic Cooperation and Development (OECD), which La Silla Vacia describes as a “point of pride” for the President. The OECD’s strict requirements for membership include Colombia reducing its debt from 12.1 to 9.6 billion pesos by 2015, which obviously would preclude the government from borrowing money to pay for the highways. Santos has stated that membership in the OECD would allow Colombia to “solidify the economically and socially beneficial policies” he has implemented, and he has already started using their recommendations to convince government officials to make reforms he feels are necessary, according to a high-ranking official in the Santos government who spoke to La Silla Vacía.

Whatever the reason or reasons for Santos’s intractable position on the Isagen privatisation, it seems clear that the “democratisation” euphemism for the privatisation that has been adopted by proponents of the sale is grossly inappropriate.

Whether or not the Isagen sale makes economic sense, going through with it requires the Santos administration to ignore the almost-80 percent of the Senate which opposes it, to ignore the senators’ failed attempt to insert a clause in the National Development Plan forbidding the sale, and to ignore the unions made up of Isagen workers protesting the privatisation in Medellin. In order to “democratise” Isagen, Santos must ignore every democratic mechanism in place which allows Colombians to try to stop him. 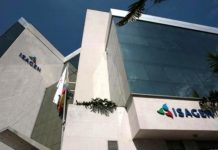 In defence of privatising Isagen 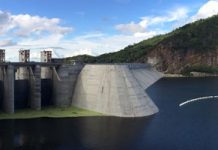