Last edition we examined some of the factors behind the spike in the country’s coca production. This month Siddharth Mohan finds out why authorities hope cacao crop replacement schemes could prove successful.

“We have a golden opportunity”, President Juan Manuel Santos told the country’s mayors and governors at a conference on good governance.

“The FARC have agreed that we will have a society, that is to say we will work together, to substitute illegal crops with legal crops.”

Santos passionately believes that the possibility of peace also offers the possibility to break the vicious cycle of cocaine production. The roots of coca cultivation run deep in rural Colombia and are closely connected with the conflict.

Crop substitution schemes are not new, but have been difficult to implement in areas where the state has little or no presence. That is why the pilot programme that began in Briceño, Antioquia, is the source of so much optimism.

Ten communities in the area have already begun the process, beginning with 400 signed agreements to remove coca plants and replace them with other crops.

With gangs like the Urabeños waiting to step in and lay claim to the lucrative coca industry, making sure these schemes work successfully will be an essential component if the government is to take control. It could provide alternative sources of income and at the same time serve to build trust in the authorities.

Working together with the FARC to implement the schemes will certainly help, but it is important not to expect miracles – there simply is no magic cure-all. If it were that simple, all the coca farmers in the world would have switched to something else.

Internationally, experts like the United Nations now recognise that drug cultivation is closely connected to development issues, and that the two should be tackled hand in hand.

Alternative crops in Colombia include coffee, palm oil, rubber, fruit and vegetables like avocados, and cacao, currently the biggest alternative crop. The country’s rich biodiversity and ecosystems offer ideal conditions for the speciality coffee and cacao beans, and cacao especially has a lot of potential for growth.

As Moises G Huerta, scientific director at Corpoica, the Colombian agricultural research corporation tells The Bogotá Post, one issue is that unlike licit crops, illicit ones have an almost guaranteed market and a guaranteed price.

“If you go to the Pacific coast and talk to people there, they’ll say we used to produce that [cacao] but now we rely on coca because we have ten buyers every week.”

He explained that even though the potential of growing cacao looks excellent, history shows that prices can go both up and down. Part of Corpoica’s work involves finding ways to ensure that farmers will be able to make a profit if they switch to cacao.

“What we need to ensure from a research perspective is that you keep looking for better varieties, better ways to grow and make the production a lot more efficient. That is a challenge and it takes time.”

If science and agricultural best practice are one side of the coin, ensuring a stable market is another. That’s why the United States is investing heavily in their ‘Cacao for Peace’ initiative, which brings together a plethora of organisations and aims to strengthen the entire value chain for cacao in Colombia.

There is a high demand for cacao in the United States, and the government has made sourcing from Colombia a preference. Jonathan Cordone, deputy under-secretary at the US Department of Agriculture, told us, “The funding is here and the US government is committed to pursuing this project of helping communities gradually shift to cacao production.”

USAID’s mission director for Colombia, Peter Natiello, said currently only 30% of cacao is exported while 70% is consumed within Colombia, which means there are many possibilities for the industry to develop further.

He also shared some of the success stories. “In Northern Antioquia and Southern Córdoba, 3,000 families are cacao producers and this is growing fast. The amount of producers has doubled in size in a single year”.

“The reason for this is that growing coca is a dangerous business and people are tired of violence”, he added.

The United States are not the only ones working to assist with crop substitution strategies. The government itself says that its alternative development programmes reached 11,270 families in 2014 and 44,601 families in 2015.

And the International Committee of the Red Cross (ICRC) highlighted one of their project’s  farmers in the San Miguel region of Putumayo that began in 2011.

Landmines are a major obstacle for the farmers there, heavily restricting farming activities, as were the lack of alternative income streams. The community first tried crops like peanuts and a root vegetable called malanga before arriving at cacao.

Leonel Martinez, a farmer who was inspired by seeing the successful implementation of the project in neighbouring Ecuador, said: “When we started out, we knew nothing about how to plant it.”

While he initially faced problems in learning how to cultivate the crop, he now owns eight hectares of cacao plantations.

The ICRC provided immense levels of support with regard to pruning, disease control and use of organic fertilizers which has contributed to a steady rise in cacao production.

According to a United Nations Office on Drugs and Crime (UNODC) report on coca cultivation in Colombia, there are a number of factors that have proved to be essential in ensuring a continuous reduction of coca crops.

These include youth involvement, continuous and long term support to ensure stability of the projects, strengthening the processing and commercial opportunities and incorporating an environmental management system.

Recent figures that show a dramatic rise in coca production illustrate that Colombia’s coca problem will not go away quickly. However the peace agreements in Havana give hope that the government may soon have the tools and knowledge it needs to tackle the problem at its root. 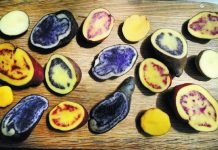