Home In This Edition Chiquita Brands on trial: The wheels of justice turn anew 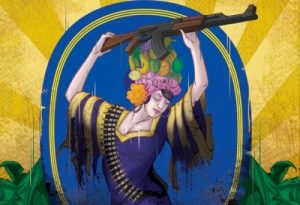 On September 1 the Attorney General’s office said that it would charge 14 former executives of the US fruit company Chiquita Brands on the charges that they used death squads to increase profits. The criminal charges are the first filed against a foreign corporation believed to have financed illegal paramilitary and guerrilla groups during Colombia’s brutal 52 year conflict. The indictment is expected to entice private-sector actors to appear voluntarily before the Special Jurisdiction for Peace (JEP) to obtain lighter sentences than they would otherwise obtain through ordinary justice.

One of the most obscure and troublesome chapters of the Colombian conflict revolves around the involvement of the private sector and the financing of illegal groups. This issue pertains to actors from the private sector in all shapes and sizes including small farmers, who were extorted by illegal groups, and multinational corporations who gave money to illegal groups to continue their lucrative activities and on occasion help them solve “social issues”.  Though many cases have come to light and many Colombians have been charged with assisting and financing illegal groups, no executive of a foreign corporation has been charged – much less served time in prison – for related activities.

The end of the conflict with the FARC signaled a long period ahead where the truth behind the 52-year war would slowly unravel. A key component of the agreement is the Special Jurisdiction for Peace, which was designed to be a forum of atonement and truth telling for all actors in the conflict, including the former members of the FARC, paramilitary groups, state forces, as well as any third-parties that may have been involved. However, this mission was cut short as members of the Cambio Radical party made a last minute amendment to make any third party actor’s participation in the JEP voluntary as opposed to compulsory. This measure, upheld by the Constitutional Court in November 2017, gave private sector actors a sigh of relief as their cases would not enter the docket of the JEP, but would continue gathering dust in the archives of the Attorney General’s office.

Their relief, however, was cut short this Friday. Many companies face a tough choice: take chances with the seemingly slow operating judicial system and the possibility of steep penalties or submit to the JEP for a swift resolution of their case and short sentences. The latter, however, involves a full commitment to truth, justice, reparation and the commitment to non-repetition. A measure that is likely to endanger them to large tort claims and significant harm to their reputation.

First they came for Chiquita

The case against Chiquita and its executives is a slam dunk. The company admitted to US authorities to have paid paramilitary groups over USD 1.7m between 1997 and 2004. According to press reports, US headquarters were well aware of the payments by its Colombian subsidiary, Banadex, as early as 2000, but turned a blind eye to the payments as their Colombian operations were turning out record profits.

Shockingly in 2003 after the US State Department had included the Colombian United Self-Defense Forces (AUC) in its list of terrorist organizations, Chiquita sought US authorization to continue the payments – three cents per case of bananas exported – to the illegal group. In spite of a refusal from US authorities to authorize the payments, they continued. There are many more details about the case made available by a collaborative effort by the National Security Archives and the Colombian news portal Verdad Abierta: https://verdadabierta.com/especiales-v/2017/chiquita/nuevos-papeles-chiquita.html

My point is this: Chiquita was a prime candidate to enter the JEP. The accusations against its executives had been admitted before US authorities and Colombian authorities had yet to try the case in court. The company took its chances with ordinary justice where it figured the accusations would likely sit unabated for a long time. However, on February 2, 2018, Attorney general Nestor Humberto Martinez, as a shock to many, announced that the voluntary financing of paramilitary groups would be prosecuted under Colombian law as a crime against humanity.

The indictments against the 14 executives, which includes three Americans, one Costa Rican, and one Honduran are likely to be the very first in a long list of indictments by the Attorney General’s Office. It should be clear by now that Chiquita executives may have better chances requesting to be tried by the JEP, as opposed to continuing litigation before the regular courts.

Chiquita Brands may be among the most representative of cases of private sector financing of illegal groups, however it is far from being the only company accused of doing so. In 2016 a study group at the  Javeriana University organized a database of all the private sector companies that had been mentioned in legal proceedings against paramilitaries. The full list can be accessed here: http://razonpublica.com/images/stories/evofp/Base-de-datos-Anexo-articulo-Juan-David-Velasco.pdf

The list includes major national players such as Postobón, Ecopetrol, RCN Televisión, Cementos Argos, Leonisa and Coltejer. Other foreign companies who have allegedly paid guerrilla and/or paramilitary members are Drummond, Glencore, Mansarovar, BP and Coca Cola to name a few. There are numerous articles, academic journals and even books by the Commission on Historic Memory that reference each of those companies and their alleged payments to illegal groups, which I won’t expand on here. The vast majority of the alleged payments were handled with impunity by the judicial system, this has sowed distrust from the victims and the public in general of the private sector and the judicial system.

Like Chiquita, many of those companies have taken their chances with the regular courts to try their case. Their decision to face the regular courts has led to many of these cases without a definitive answer. The Chiquita indictment from last week is a game-changer in the sense that the Attorney General has taken a bold step in directly charging company executives for conflict related-actions.

It is likely more indictments of high-ranking former executives will follow the bold action against Chiquita. It may behoove these companies who already know of crimes committed by executives to act by coming forward quickly, face shorter sentences and contribute in a significant way to the process of truth, justice, reparation and non repetition. However, for those companies who opt to wait for the Attorney General to act, they should know that the truth will eventually come out and they too will have to atone for their actions during the conflict.