Street vendors and other informal laborers in Medellin, out of work since March 20 when Colombia issued mandatory quarantine orders to prevent the spread of COVID-19, are sounding the alarm about the humanitarian crisis brewing inside the day-rate motels where they reside with their families.

In a desperate attempt to alert authorities that the people inside urgently require food and other resources, residents have taken to hanging red flags or cloths out front of their buildings on doors or balconies.

“The idea to put up the cloths came because no one has helped us,” Viviana Chalarca Arenas, a street vendor who lives in a day rate motel in Medellín’s city center told The Bogotá Post. She had seen on a recent news broadcast that people in the capital, Bogotá, were flying red cloths to notify officials. “We didn’t have a red cloth, so we hung the red T-shirt outside to call attention.”

According to Ms. Chalarca, there are 52 people currently living in the motel that has a dozen or so small rooms that stretch down a dark, cramped corridor. Faces, some very old and others very young, peek out of cracked doors as we walk past, hoping that we are there to provide assistance.

Colombia’s informal labor force is facing similar challenges to those of day laborers in the United States, as work slows to a halt because of COVID-19 shelter in place orders in that country as well. Like America’s day laborers, Colombian informal workers receive no paid sick leave, no vacation days, and many are facing eviction because they’re unable to pay rent, even after President Iván Duque said he would ban evictions earlier this month.

However, in North America, informal labor makes up 9% of the Gross Domestic Product (GDP) while in Colombia, it is estimated that informal labor accounts for between 21% and 33% of the nation’s GDP, according to the International Monetary Fund. And informal workers make up 47.7% of Colombia’s labor force, according to statistics agency DANE.

As informal workers approach 20 days without work, if these red flags go ignored by authorities, the situation could become a much larger humanitarian crisis.

For 13 years, Mr. Lauriano Orjuela has wheeled his wheelchair out onto the streets of Medellín where he sells sweets and cigarettes to earn enough money for his day-rate motel and meals, about USD $7.60 (COP 30,000) on a good day. He hasn’t worked since the lockdown order and hasn’t had money to buy a meal since the day after it went into effect. His motel too has hung a red flag on the balcony to ask for help for its nearly 60 residents.

“I start to think that I have nowhere to turn to, I feel desperate,” he said. “The good thing is that I am used to going out into the street to work, to earn my food. Who knows when [that will happen again].”

Waste in the times of COVID-19 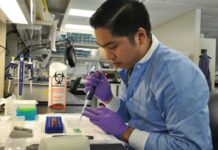 Key medical worker says, ‘We are far from flattening the curve’ 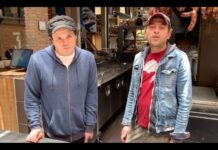 Coronavirus lockdown: Some hope for those on the breadline