The governments of Ecuador and Colombia have confirmed that three men–journalists Javier Ortega and Paul Rivas as well as their driver Efraín Segarra–have been killed by their captors. The deaths were initially reported by Frente Oliver Sinisterra, the guerrilla group that abducted them in Esmereldas, a northern region in Ecuador that lies on the border with Colombia. Following their abduction, the three men appeared in a video that was released by the group, showing them with chains around their neck and pleading for their lives.

Ecuadorean President Lenin Moreno had already threatened an all out assault by security forces within the region if the group were unable to confirm that the three men were alive. Following the confirmation that they had been slain, President Moreno returned to Ecuador from the Summit of the Americas and held a somber press conference where he proclaimed to the nation that “we are in mourning,” and “we are not going to let ourselves be intimidated.”

Moreno then went on express his intended actions:  “I called the Colombian authorities and met with the military and police high command to coordinate actions,” he tweeted.

President Juan Manuel Santos, who was also at the Summit of the Americas, concurred with Moreno, saying that “I have reiterated to Moreno that he has our support, our solidarity and our cooperation so that those responsible for this crime are brought to justice.”

It remains unclear as to why the guerrilla group chose to execute the men given they had previously made for demands for a prisoner exchange. The National Police of Ecuador confirmed that they have in their custody 43 men who were associated with the group.

For their part, Frente Oliver Sinisterra claimed that the deaths had occurred following a failed ambush on the part of Colombian security forces though the Colombian government have denied this. Efforts to bring justice for the slain journalists remain on finding the alleged ringleader of the group, Walter Artizala, who also goes by the name ‘Guacho’. There is now a reward of USD$100,000 being offered by both the governments of Colombia and Ecuador for information that leads to the capture of those responsible for the killings.

The group had continued narcotrafficking activities after the FARC chose to lay down their arms in favour of peace. The leader of the FARC, Rodrigo Londoño, has since tweeted that his “deepest condolences were with the relatives of the Ecuadorean journalists. What happened shows the continued need for working towards peace.”

Meanwhile, obituaries have been published on the three men, including those by the El Comercio where both Javier Ortega and Paul Rivas had worked. According to the paper, Ortega was “married to journalism”, tirelessly reporting from the front lines on difficult and dangerous missions. 46-year-old Rivas had won many accolades for his photojournalism at El Commercio that spanned 2 decades. Efraín Segarra was 60 when he was captured and killed. He had formed a particular affinity for journalists (one of his two sons is a journalist) and had frequently driven them when reporting in various locations. 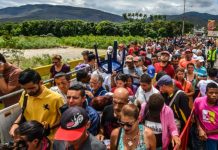 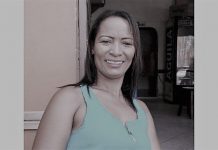 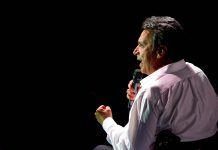