As the political parties gear up for May/June’s presidential election, we talk to an expert about the possibilities for the first and second rounds of voting.

Campaigns for the 2018 elections have well and truly begun, with normally grey buildings and abandoned billboards now decorated with brightly coloured campaign paraphernalia. Groups of volunteers roam the streets, trying to convince passers-by of the merits of their chosen candidate. Election fever is set to continue for months to come, with the March senate elections closely followed by the first round of presidential elections on May 27 and, in the case that no candidate wins a majority, a second round on June 17. The polls are showing a close race, and the latest Datexco poll released on January 22 highlights voting intentions, but also demonstrates the sheer number of candidates.

With so much at stake, and very little clarity as to who is likely to come out victorious later in the year, we spoke to Sergio Guzmán, the Colombia analyst for Control Risks, a multinational risk consultancy, about the potential scenarios for Colombia in 2018. Among other topics, Guzmán discusses likely outcomes of the election and what this may mean for many aspects of Colombian life, including the peace process, corruption and the economy. Guzmán describes three possible scenarios, each based around a different winner. 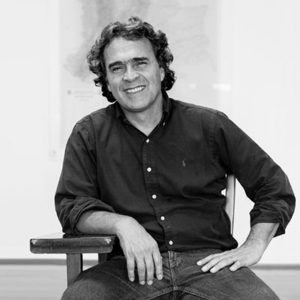 According to Guzmán, the most likely outcome of the presidential elections in 2018 is “a coalition of peace-supporting candidates.” He warns that they are unlikely to win outright, but after a second round of votes as he sees a scenario where no candidate manages to win the 50% of the votes necessary in the first round.

So, who is the ultimate winner? Sergio Fajardo. But not on his merits alone, and instead only after “he forges a close alliance on a loosely based agenda with former centre-left rivals such as Humberto de la Calle from the Partido Liberal, Claudia López from the Partido Verde and Jorge Enrique Robledo from the leftist Polo Democrático Alternativo”. Guzmán asserts that, “People will vote for Fajardo because he represents a departure from traditional political parties and because they want to see the peace agreement implemented.”

Fajardo will present “a broad reform agenda based on transparency, public sector integrity, and environmental regulations which he plans to introduce to Congress in his first year in office.” Guzmán believes that Fajardo will succeed in passing an anti-corruption referendum which aims to lower congressional salaries, force members of Congress to disclose their income taxes, mandate prison sentences (as opposed to house-arrests) for corruption convictions and establish a term limit for politicians.

However, Guzmán also warns that it won’t all be plain sailing. He says that “the passage of key initiatives in Congress will face difficulties as Fajardo and his Colombia Coalition will fail to secure enough seats in the Senate (upper house) or the Chamber of Deputies (lower house) to gain a majority.” In particular, Guzmán warns that “opposition parties, primarily the right-wing Centro Democrático and the Cambio Radical, will use legislative procedures to filibuster or otherwise obstruct the government from passing meaningful legislation linked to the implementation of the peace process – most crucially land reform.” In particular, the provision of basic services (such as water, sanitation, food distribution, health services and reintegration support) to areas most affected by conflict will be difficult.

Finally, those hoping for major improvements to the security environment following the signature of the peace agreement with the FARC will be sorely disappointed. According to Guzmán, the vacuums of power left by the FARC in areas where they previously operated will be filled, and rival armed groups will continue to fight for power in those areas. In this sense, drug-trafficking organisations will continue to operate, as the government struggles to contain violence and the pull of lucrative illegal activities. 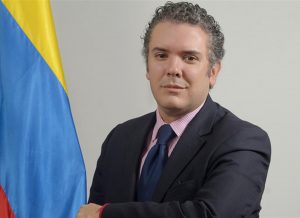 Less likely, according to Guzmán, is the victory of “a coalition opposed to outgoing President Juan Manuel Santos.” In this scenario, the coalition would likely win during the first round and Iván Duque of the Centro Democrático would lead “a broad coalition of right-leaning parties including the Partido Conservador, Cambio Radical and an ample sector of socially conservative voters.” Guzmán argues that Duque’s victory would be “largely credited to a low turnout in rural areas and a high turnout by socially conservative and religious voters who are opposed to the peace agreement on the grounds that it promotes gender ideology and [who want to move] Colombia away from the Venezuelan economic model.”

What would a Duque victory mean for the peace process with the FARC? For Guzmán, it would generate disappointment for proponents of the current peace agreement. He states “the coalition would immediately begin the legislative process of rolling back some of its central tenants, including reforms to block demobilised FARC members from legally occupying their seats in the Congress.” He warns that the Duque government could also block legislation related to rural crop substitution and land reform. Assuming that Duque and his coalition obtain congressional majorities in the March parliamentary election, this would mean that Duque’s efforts to pass legislation would be met with little resistance.

However, according to Guzmán, this would cause a “strong international backlash and a rising tide of domestic unrest, particularly in rural areas, as well as marches and protests by students and labour unions who are keen to preserve the peace agreement.” It would also undermine the security situation as the “ELN would resume armed actions after peace negotiations with the government stop. Moreover, a resumption of hostilities with the ELN is likely to favour candidates who have proposed a heavy-handed approach to security and a departure from negotiated solutions to conflict. Security conditions in rural areas would also worsen as a result of an uptick in guerrilla activity, as FARC dissidents and the ELN increase attacks on law enforcement and infrastructure targets.” 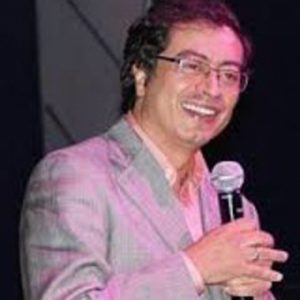 While improbable, Guzmán states that the outlier scenario would be, “Left-wing candidate Gustavo Petro of the Movimiento Progresistas managing to obtain a razor-thin victory against Duque in the second round of elections.” In this scenario, Petro would win the election “galvanising a growing nationwide anti-corruption and anti-incumbent sentiment and making use of the current disillusionment with the peace agreement to promote a radical agenda.” Specifically, Petro would reject current economic trajectories and “promote economic nationalism, favouring national – preferably state-owned – companies for the construction and development of infrastructure projects. Although his positions are against free trade, he does not have the votes in Congress to reverse major trade agreements.”

His victory would undoubtedly be contested from all sides of the political spectrum and “opposition groups would call for social unrest and demonstrations until a full investigation into the electoral process is completed, and refuse to participate in congressional and presidential inaugural activities that they consider illegitimate.” The result of all this would be a more politically unstable environment in which “opposition groups would refuse to work with the government and engage in a filibuster effort of all government initiatives, including the national budget, and the appointment of candidates to control political organisms and courts.”

They say that a day is a long time in politics, and with four months to go until the first round of voting, there’s a lot of time for things to change.

All three scenarios promise a tumultous 2018 for Colombia, and we can expect some changes to the political status quo, whatever happens in the urns. What is clear is that the polarisation that has marked recent years will continue, with diverse views on what the future of the country should look like. It also remains to be seen just how far candidates can advance their agendas, and how close an eventual presidency resembles the multitude of promises normally given during the campaign.