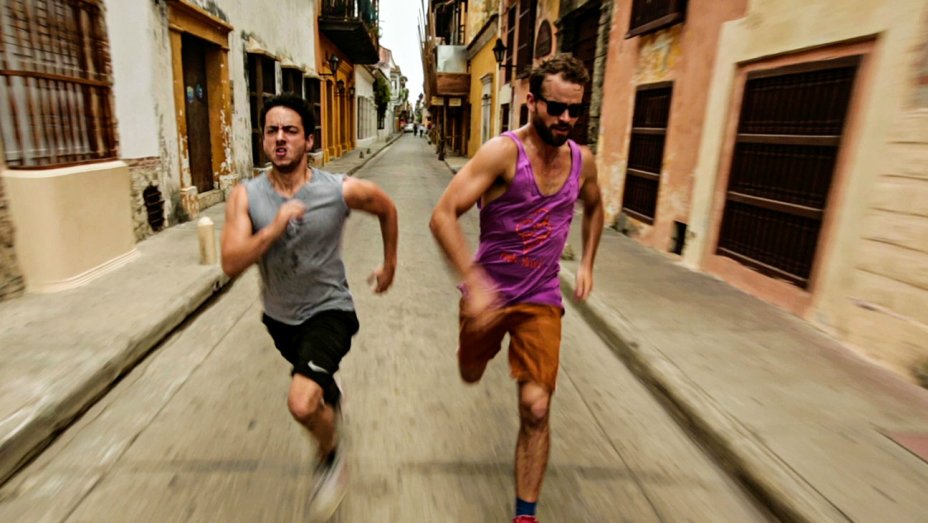 Ed and Dion are two American half brothers that are reunited after the death of their Colombian father. Played by Andrew Perez and Dillon Porter, they are forced to travel to Colombia where they find out that their father left them instructions to scatter his ashes in the places that most mattered to him, sending them on a journey around the country.

Director of photography Peter Grigsby beautifully captures the colourful and vibrant landscape of the Caribbean region. There are also some very impressive shots of the salt cathedral of Zipaquirá and the coffee region. Too bad that the story does not live up to the standards given by the cinematography.

Early in the movie, via flashbacks, we are shown the late father (Gabriel) as a spoiled brat who spends his days drinking and mistreating women. Bad news is that his two sons turned out exactly like him.

The movie wants desperately to be a revealing journey of the soul as the two sons discover themselves, their home country and the legacy left by their father. However, Bastards is basically a frat boy road trip disguised as a profound drama.

There are too many cringeworthy moments to even count. From comparing women to curry, to a foursome shot, to the cocaine use, there’s plenty of awkwardness in the movie to go around and, no matter how much piano music or violin strings the director decides to use, the movie is still distasteful.

Ultimately, the foulest thing about Bastards y Diablos, is the treatment of the women in the story. Supposedly the men (Gabriel and Ed, to be more exact) are driven by mad love in their quests. However, the women they “love” are just props in a selfish journey. None of the women that participated in the film have significant parts or character development. This would be understandable if the film didn’t constantly portray women as objects to satisfy the men’s own self-centred needs.

In the very last sequence, the story decides to show us the true meaning behind it all with an emotional ending, but it’s too little too late. A couple minutes of brotherly love cannot make up for 90 minutes of eye-rolling scenes.

There are some great ideas hidden behind Bastards y Diablos, especially the speech at the beginning of the film given by a cousin with bipolar disorder who does not want to take his meds because he wants to see the world as terrible as it is. Here’s an idea: make a movie about him.

In Colombian theatres from today!