Colombian folk band Canalón de Timbiqui is taking a stand through their music. With the release of their new album De mar y río, they illuminate the plight of Colombia’s Pacific communities and raise awareness about the devastating threats to their livelihoods and to the region’s natural resources.

The situation in the Pacific region is becoming drastic: violence and natural disasters have displaced hundreds of people; illegal gold mining has destroyed rivers and polluted the subsoil and water, killing flora and fauna; and a number of social leaders have been assassinated in recent years.

With all these threats in the region – and little help – Canalón de Timbiquí is using their fame to bring awareness of these issues to the Colombian public and the world.

The Bogotá Post spoke with the band’s leader, Nidia Góngora, along with several of the band members during the De mar y río album release. They talked about their hopes that the album, funded by environmental nonprofit Fondo Acción and produced by Llorona Records, might make the region more visible.

“We want people to know that although [the Colombian Pacific] has been ignored and made invisible, it has a beautiful wealth of biodiversity and humanity. Through our music and messages we want to show this other image of the Colombian Pacific,” she said.

The fierce Góngora, who leads the 14-member folk band, has been increasingly popular on the world stage, especially after she produced an album with world-renowned DJ and musician Quantic in 2017.

“I am very passionate and I do not let anyone step on me, my identity or my music. I have shown the value that Pacific music deserves to have [on the global stage],” added the band’s leader.

With the group’s spellbinding rhythms, raw voices and catchy, almost spiritual sound, the new album transports listeners to the glistening rivers and the lush forests of the Pacific coast.

Another of the band members, 48-year-old singer Policarpa Angulo explained that the drums sound like crashing waves while “the sound of the marimba is like a river, like water; and the air [is represented by] the guasa.”

“Everything is very natural; the instruments come from the forest,” added Andrés Lucumí, 30, who plays the cununo drum.

It is not only their instruments that reflect this respect for the environment, but also the messages of their songs.

In one song titled ‘De mar y río’, for which the album is named, the group sings about their community’s connection to the environment: I am from this earth, I am from the river, I am from the ocean.

Other songs illustrate daily life in Timbiquí, addressing themes of celebration and religious stories. One such song, ‘La Posada’, describes one of the most important the religious celebrations of the year, las posadas, recounting Joseph and Mary’s journey in search of refuge.

In another song, ‘Digna y feliz’, Nidia Góngora sings “about the advice and values instilled in me by those who raised me. The song pays homage to my three mothers [who took care of] me: my mother, my grandmother and my aunt.”

In this way, Canalón de Timbiqui is introducing the world to Colombian Pacific culture. But their music goes beyond just bringing awareness about the Pacific communities; it also contributes to the much-needed representation of Afro-Colombians in the media.

One singer, who wishes to remain anonymous, said that being a part of the group and listening to this music has given her a newfound pride in being a black woman in a society that favours people with more European features and lighter skin.

“Music from the Pacific has made me love myself more: my skin, my thick lips, the way I speak. Before, I wanted to look white and have smooth hair,” she explained. “But since becoming involved with the group, I identify with the music. I learned to love my [natural] hair and the things that make us [afro-Colombians] beautiful, things that we have forgotten because of what is in fashion.”

The audience at the launch in Armando Records was enthralled with Canalon de Timbiquí’s music. With their hands raised high in the air waving white handkerchiefs, bodies swaying in unison, eyes closed and mouths singing along to the songs, the show could not have been more of a success.

Góngora ended the performance with a battle – or peace – cry.

“It’s up to us to protect our land and territory… War and deforestation have arrived to our lands,” she said. And added, “Let’s thank the social leaders. If they are warriors, then so am I. We all are warriors… everyone  who defends human rights, dignity, and the land [is a warrior]. All we want is peace.” 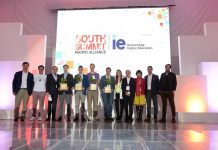 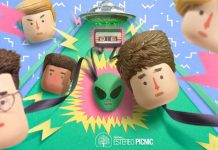