Natural resources were a major point of contention during the election campaign, which meant that there was more than an air of simmering trepidation surrounding the sixth edition of FIMA, Colombia’s biennial international environment fair.

FIMA, which ran from June 20 – 23, attracted more than 12,000 visitors and took up a large part of the Corferias conference centre. It did an excellent job of highlighting Colombian environmental efforts as well as including plenty of international participants.

Both President Santos and his Minister of the Environment, Luis Gilberto Murillo were in attendance – a testament to the importance of the event. Both were keen to highlight Colombia’s green credentials at the end of their spell in office.

They were also very welcoming to the UK, which was this year’s guest country. As Murillo stated at the opening event, Colombia has come a long way over the last few years, “and owes the UK a huge debt of gratitude for its support.”

That support and presence could be seen in various sections of the fair, tastefully decorated with banners celebrating UK research and innovation.

This British participation could perhaps best be seen in the work done in Colombia by Kew Gardens, whose research leader Mauricio Diazgranados enthusiastically talked about the twenty million pound collaboration set up to support Colombian biodiversity. The Kew Gardens projects in Colombia have taken various forms, including expeditions to “fill in the map” of previous no-go regions, and the current work to set up an extensive seed bank in Boyacá. Particularly exciting is the almost-completed project which will create a free-access, fully searchable database of Colombia’s flora. After that becomes available, no plant will remain unidentified!

As the UK’s ambassador to Colombia, Dr Peter Tibber, told us, “Taking care of the environment is one of the biggest challenges facing the world, and the UK has taken the lead in this. There’s a lot of ongoing collaborative work, and Colombia is very keen to have the UK’s support.”

There was no lack of biodiversity when it came to the Colombian stands either: every related state body as well as each of the country’s departments were well represented and vying for attention.

These included chances for individual regions to sell their products, as well as more public information-minded displays that emphasised both Colombia’s impressive environmental diversity and the ongoing dangers to that biodiversity. One particularly enterprising sales pitch was from the honey producer El Señor de las Abejas from Valledupar, who used the recent “Africanised bee attack” news story to explain that bees were not only really friendly if not provoked but also actually in great danger – and that their honey is well worth splashing out a few pesos on.

Not too far away in FIMA was the stand set up by Bogotá council’s environmental division. They were touting a number of initiatives, including their company-based environmental scheme, which offers benefits for businesses willing to tighten their belts in the name of conservation. They were also keen to talk about their work to protect Colombia’s wildlife, which is frequently discovered while being illicitly transported from the bus terminal and airport. Seemingly, it’s a never-ending task to stop people trying to move around black-market monkeys or reptiles in their luggage; it’s big business and requires constant vigilance.

A fascinating story of international cooperation was supplied by the Eastern Tropical Pacific Marine Corridor, which was set up between Colombia, Costa Rica, Panama and Ecuador. The partnership is working to cut down on illegal shark hunting as well as promote the area’s biodiversity and responsible tourism in the section of sea, which takes in all of Colombia’s western coast as well as the Gorgona Island national park. “It’s all about cooperation and trust between the countries,” explains Laura Camacho Jaramillo from Colombia’s National Parks organisation.

Environmental awareness has certainly been on the rise in Colombia, and this year’s FIMA shows how invested the country is in its natural resources on a national scale. Whether it’s governmental bodies, departmental movements, or grassroots organisations, there’s a huge interest in preserving Colombia’s rich environmental heritage. With the country’s environmental future uncertain, one can only echo the hope of Environment Minister, Luis Gilberto Murillo, that the “future of Colombia is green.” 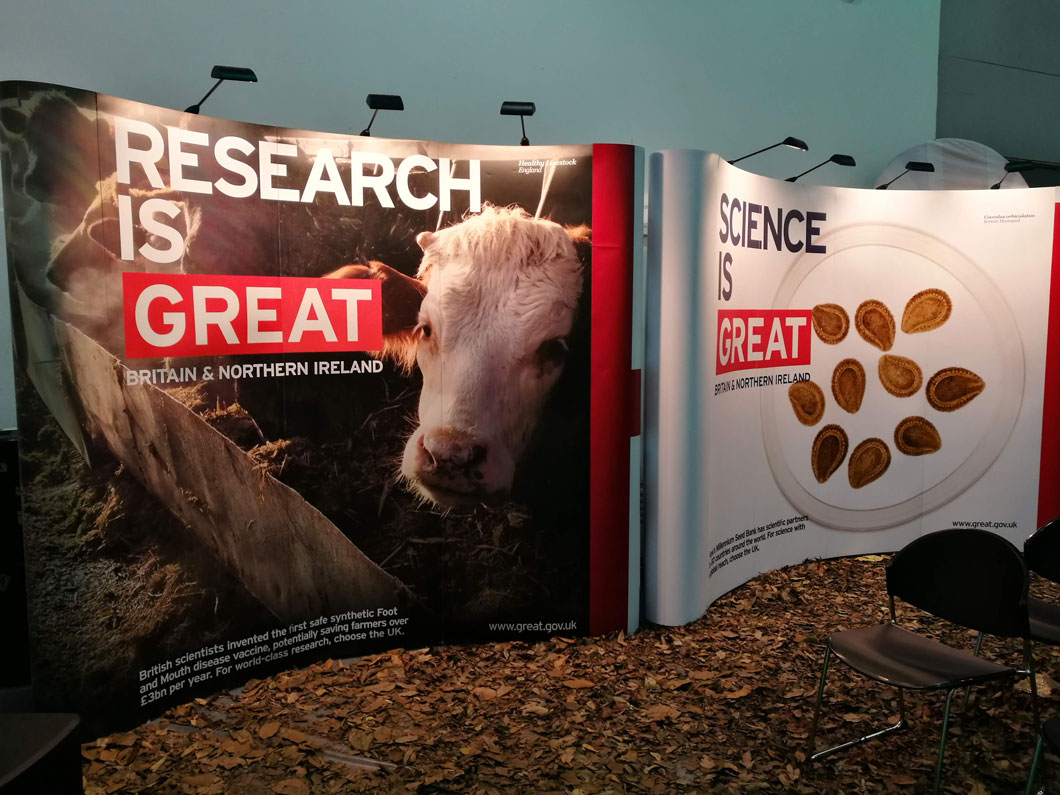