Colombian football’s main administrator, Dimayor, announced this month a set of new security measures for Colombian football. Members of Dimayor, the president of the Colombian football federation, the interior minister, the chief of police and several other figureheads from around the country gathered to address the upsurge in hooliganism and stadium violence. The federation intends to implement technology in the form of cameras for facial and biometric recognition by 2017. They will also introduce a specialised biometric identification card for fans, and people who do not have their identification will not be allowed to enter the stadium. They also intend to strengthen legislation in order to more severely punish any delinquents and prevent them from entering stadiums again. The plan will initially be rolled out in Bogotá, Medellín, Cali, Manizales and Barranquilla.

The assembly was called after Colombia’s professional football leagues saw a recent surge in stadium violence. The hostile and fractious atmosphere in the stadium has existed for a long time, but in the past months the atmospheres have boiled over into violence. The Medellín derby between Atlético Nacional and Independiente Medellín was delayed due to fighting between rival fans. The fighting started when fans of Nacional stole flags and banners out of the hands of the opposition supporters and escalated when hooligans started waving knives around. The fighting did eventually dissipate but for the rest of the game the supporters were segregated by a barrier of armoured police.

Perhaps unsurprisingly, the fan groups of several football clubs disagree with the announced plans, claiming that the plan is too expensive, oppressive, likely to be ineffective, and also that it is not aligned with the government’s ten year plan for improving stadium security.

On another note from Dimayor, the federation announced this week the establishment of the Female Football Commission. The commission has been founded with the aim of creating a professional female football league in 2017. 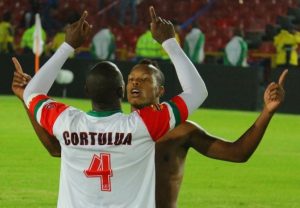 The Liga Águila is reaching the end of the Apertura 2016 and the prize is in sight. With three rounds to go, Independiente Medellín lead the table and will, barring an incredible combination of results, certainly qualify for the quarter-final. El Poderoso de la Montaña are followed by city rivals Atlético Nacional, Junior, Rionegro Águilas and Millonarios, who have all nearly clinched a top eight spot too.

The biggest surprise of the season is the team from Tino Asprilla’s hometown, Cortuluá, which is closing in on a playoff place with an impressive 29 points. The team was promoted in 2015 and had trouble surviving initially but surprised pundits with away victories in difficult ties against Millonarios and Once Caldas this month.

Striker Miguel Borja is the team’s revelation. The current top goalscorer in the league, with 13 goals in 14 games, was picked up by Cortuluá after a disappointing stint with Independiente Santa Fe, where he couldn’t secure a place in the first team.

Ironically, Santa Fe is in desperate need of a striker – midfielder Luis Manuel Seijas is the team’s top goalscorer with just six goals this season. Los Cardenales are still in a good position to qualify for the playoffs – with 28 points – but only five goals between all strikers this season is a worrying state of affairs.

For Deportes Tolima the season is surprisingly already over. Semi-finalists in the last three consecutive seasons, Tolima have been terribly inconsistent. Aside from the performances of top goalscorer (6) Mateus Uribe and Colombian under-23 midfielder Wilmar Barrios there was very little to cheer for fans of El Vinotinto.

Colombian football to return on September 8