Plus robot babies, a controversial Economist op-ed, and the School of Smut – all hot of the international press

The financial impact of the ‘lost Llanos’ was featured The Economist, reporting on the catastrophic landslides that closed the main Bogotá to Villavicencio highway for the foreseeable future. With three mountain ranges, the highest rainfall in the world – and currently with 12 major roads blocked by mudslides – Colombia was a “road-builder’s nightmare,” concluded the article. It might also have added “and road-users nightmare.”

After knocking our road network, The Economist then provoked Twitter anger from President Duque’s supporters with an op-ed suggesting Colombia’s leader needs to grow ‘his own political base’ and ‘emerge from his sponsor’s shadow’, referring to former president Álvaro Uribe.

Not content with that touchy topic, the English-language weekly also waded into Colombia’s cocaine boom. While coca crops had dropped slightly last year, all the signs were that “war may soon return” as coca farmers and drug gangs face off against forced eradication teams, a downbeat outlook that triggered some ding-dong discussions on Bogotá talk radio. The op-ed did remind us that “Governing Colombia is no cakewalk.” On that everyone can agree.

In other news, the country’s coveted coffee crop is being undervalued on international markets leading to farmers abandoning their fincas, reported Reuters in July. Coffee prices have dropped to a 10-year low of US$1 a pound, forcing growers to sell below production value. Some exporters believe Colombia’s highly prized arabica coffee should be priced from at least US$2 a pound, though that could force international buyers to look elsewhere. According to Reuters, Colombia has lost a third of its coffee cultivation – roughly 400,000 hectares – in the last 18 months.

Death threats were sent to soccer player William Tesillo after his missed penalty bounced Colombia out of June’s Copa America, reported The Sun from the UK, which reminded readers it’s “25 years after the sickening Andrés Escobar murder.” In 1994, Escobar was gunned down ten days after his own-goal scotched his country’s chances in the World Cup, and according to The Sun, Colombian players regularly receive death threats and “Escobar jibes” when their team is knocked out.

Facing up to the truth

Also being threatened are Afro-Colombian campaigners calling out racism, reported in a thoughtful Channel 4 News segment that also questions the country’s black-face traditions, when carnival dancers dye their bodies and faces with exaggerated Afro-Colombian features for carnivals. The practice dates to colonial times and is explained away as a ‘homage to the past’ but is now being challenged by a generation who see it as demeaning.

Related: What is going on with fracking in Colombia?

Can robot babies teach kids safe sex? Or do they boost teenage pregnancies? That was the worrying question posed in a Guardian photo essay, focused on school students in Caldas given animatronic tots to take home and care for as part of sex education. More than 1,500 teenagers have so far taken the classes in Colombia, where a fifth of all real babies are born to teenage mums. But as the Guardian pointed out, in other countries controversial Virtual Infant Parenting (VIP) programs have sometimes created more young mums, not fewer.

When homework could be fun

Is aguardiente the favoured tipple for New York yuppies? Not likely, you might think, remembering the last time a shot of guaro firewater burned your throat. But Cumbé, a refined version of Colombia’s corner-shop sugar-cane spirit, is being touted by Vogue magazine as the “go-to” summer mixer, with its “subtle woodsy notes.” Already drinkers are downing Cumbé cocktails in the Big Apple. Sounds good, but will they order in DeToditos picantes and a pack of Piel Roja? Let’s hope so. 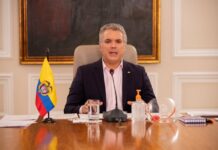 Colombia lockdown to continue until May 11 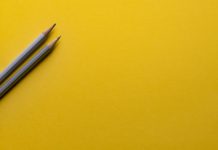