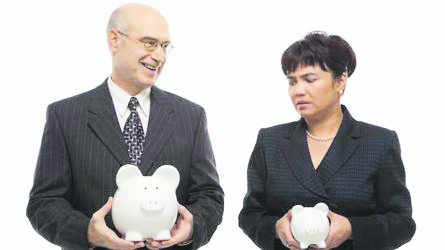 When it comes to generating successful businesswomen, Colombia’s record is mixed. On the one hand, there are a number of high profile successful women in Colombian businesses and the country came 42nd in the 2015 world economic forum gender equality index, which specifically references its progress in recent years. On the other hand, women frequently state that they are unable to access adequate or equal opportunities in the workplace and, according to the National Statistics Office (DANE), the gender wage gap in most sectors hovers around 20%.

So, is it possible to identify common trends for businesswomen in Colombia, or are there just too many variables? The Bogotá Post spoke to several women about their experiences in trying to succeed in the workplace in Colombia and they share their own candid views, from opportunities and achievements to common problems and concerns.

There is undoubtedly a range of women professionals in Colombia who excel in their fields, demonstrating real entrepreneurial skills, dedication and improvisation. Semana magazine highlighted the “50 most important businesswomen in Colombia”, stating that few other countries in the world have women in such high positions in as wide a range of fields.

According to María, an operations manager for a multinational company, at least one reason for this achievement is something unique to Colombia. She describes “the resilience of Colombian women”, explaining that it is not unusual to see a woman head her household, hold down a full time job and provide for a family; often with very limited resources and little external support.

Such resilience should be recognised by employers across the board and translate into opportunities or recognition for women in the workplace, especially given that, at least theoretically, everything is in place for women to succeed and access equal employment opportunities in the country. In fact, there are several laws that safeguard women – including Law 1496 from 2011, which guarantees salary equality between women and men in Colombia.

Further, according to the country’s first gender equality ranking released last September by CESA (a leading business school), companies with women employees are 26% more profitable. Yet, the same study reveals that women earn 12% less than their peers in ‘second tier’ positions and only occupy 34% of senior level management positions.

So, where are the obstacles? Why does workplace equality not always happen? Isabella, a successful consultant in the technology sector, stated that the problem for women in the workplace in Colombia begins with a society where machismo is strong and one in which a woman’s role has historically been within the home, or when in employment, in administrative roles. That, she says, “will be impossible to change overnight”, a statement that reverberates considering that women obtained the right to vote only sixty years ago.

Sara, a journalist in a multi-national company concurs, “It’s hard, but sexism is so ingrained here that it is almost normal. For example, when I go to meetings, I find that my opinion is not as respected as if I were male. This is the worst thing, I don’t think it’s conscious – it’s just the way things have always been done.” 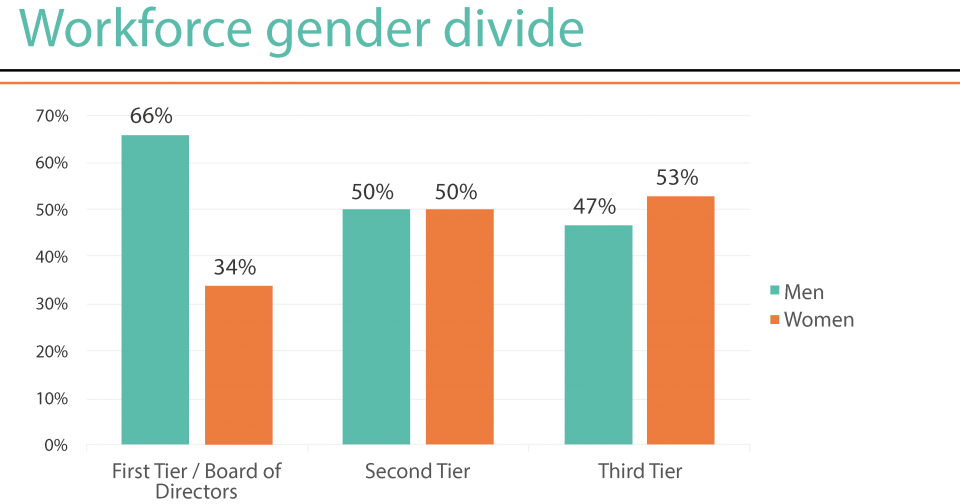 Even women who have senior roles feel that this attitude has a bearing on the way in which they are treated. Andrea, a project manager for a Colombian public relations company, tells me, “Senior managers are very good at keeping us in the back offices. We are considered a support role even if we are the leader of a particular project. That’s hard to change because it’s not explicit discrimination so people get used to it where we should be speaking out and questioning these attitudes.”

For María, this is also a reason why women are not represented in all sectors. She says, “attitudes of what women’s traditional roles are or should be have sometimes meant that women have been unable to break into other, less traditional sectors. When you see women in roles outside of traditional roles, this is the exception, not the rule.”

As if this is not difficult enough; having the right personal or family contacts is still key to landing top jobs, which is true for men and women alike, but also presents particular issues for women.

Andrea tells me, “I have many friends in high powered jobs, but it would have been impossible for them to get those roles if they hadn’t been a favour to their parents or a family friend. This generates a difficult cycle because women are never sure whether they earned these positions on their own merits, which in turn affects their self-confidence and the way in which they are perceived within the office.”

The case of Wikimujeres comes to mind here – the online platform would be a perfect place for women to share advice and professional help but entry to the site is by invitation only. The exclusivity of the site perpetuates the criticism that support is only available for privileged women and could serve as a disincentive for many women who are unable to access the support they frequently need.

Sara, who came to Colombia four years ago from Colorado because of an employment opportunity, points out another issue is that “Women do not support women. There is no real camaraderie between women and the environment is often tense.” She added, “We are our own worst enemies. We have all these skills and all of this potential but we don’t use it to help other women.”

She suspects this is “because we are worried about them turning out more competent than us. This is really damaging”. Sara puts this down to a mix of selfishness, the fact that we don’t know how to show our own confidence or our own power, and a desperation not to “rock the boat.”

But the boat has to be rocked if we want to see any real solution; for María it comes down to personal drive – she says that we should look to successful leaders and understand that part of their success is down to their ability to empower and we should not see this as something to be afraid of but instead something to be embraced.

Maybe the problem is being approached the wrong way: by seeing this as an insular, individual issue and celebrating women’s success on a case-by-case basis we are only perpetuating the problem. It is only when we start to make steps to see this as a societal issue which affects all women, on varying levels, will we begin to confront discrimination and begin to make strides in equality.

*Several of the women interviewed asked us to only use their first names to protect their identities at work.

In defense of women’s soccer