Home In This Edition All in the family

While some might say that questionable connections are a part of political life, Mike Mackenna argues that Gustavo Petro gave special treatment to his in-laws and their connections at the expense of the city

Alleged to have played a role in the extension of Transmilenio contracts and to have pressured Petro to name friends as the heads of Acueducto and Transmilenio.

The pair met when they were both councillors in Zipaquirá. Besides being a councillor, Gutiérrez was also the biggest potato producer in the world. They made a deal that seems very much in line with Petro’s politics: Gutiérrez promised Petro he would use his potato empire to help poor families.
Petro’s connection to the Gutiérrez family grew closer when his sister-in-law, María Teresa Alcocer, married Gutiérrez’s son, Carlos Gutiérrez, heir to the potato empire. All well and good, but when Petro became mayor, several people with ties to Gutiérrez or the Alcocers were appointed to important positions. And all of them had faced or would face accusations of corruption or influence-peddling.

Head of Transmilenio, 2012-14, alleged to have received commissions for extending Transmilenio contracts.

Second member of Petro’s extended family to be named to an important post, as the head of Acueducto, a job he also held during the mayoral term of Luis Eduardo Garzón. His previous experience in the post might make you think he was hired because he was qualified. However, his qualifications appear questionable, due to his role in the controversial Gestaguas purchase of 2005 – the decision was made without the requisite due diligence, and according to El Espectador, they overpaid to acquire Gestaguas. Merlano resigned to avoid the fall-out from the scandal.

Bravo was responsible for the chaotic transition to a new garbage collection scheme that led to Petro’s politically motivated impeachment. Gutiérrez has acknowledged his friendship with Bravo, but despite accusations that he held meetings at his farm in Zipaquirá which swayed Petro to name Bravo as head of Acueducto, he has denied playing any role in his appointment.

Allegedly gave Gutiérrez wetland real estate to repay a debt; now controversy surrounds the permissions granted for the development of that land.

The infamous Nule cousins enriched themselves through the contracting carousel that cost Bogotá roughly two billion pesos. Gutiérrez is reported to have lent the Nules more than COP$30,000,000 when they were in dire financial straits. Julio Gómez, a contractor involved in the carousel who has since turned state’s witness, alleges that Gutiérrez accepted payment for the debt in the form of real estate in the wetland La Conejera, in Suba.

Praga Servicios is now constructing apartments in the area of that wetland, though whether or not they are actually inside the wetland is up for debate. The quick approval process for the construction (less than one month for a process that normally takes around a year, according to councillor Roberto Saénz), coincided with a period in which Petro was incapacitated. When he returned from his medical leave, Petro found himself in the awkward position of somehow defending his environmentalist principles without condemning his wife’s family. He attempted to square this circle by recusing himself from the case because of the family connection, while also claiming that no construction licenses should be given to build in that area, and finally pointing out the hypocrisy in criticising him for this construction while ignoring the licenses to build in the wetlands that were given out by the Peñalosa administration. 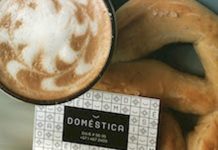