There is a crisis facing Medellin, a city with one of Colombia’s highest rates of HIV diagnoses across the country. In 2013, there were 613 new cases of HIV diagnosed in Medellín, Colombia. Fast forward four years and the number of people being diagnosed with the Human Immunodeficiency Virus in 2017 in the city had escalated to 1,430, according to Colombian NGO Profamilia.

That amount of cases is anticipated to show a staggering increase of 450% in 2018 alone, a doctor from Medellin’s Profamilia clinic told The Bogotá Post.

The virus, which eventually develops into AIDs and can be fatal, is incurable and claims countless lives each year across the world. However, awareness of HIV has come alongside a decreased fear, suggesting it is no longer looked at as a mortal illness, but perhaps more of a chronic one. This perception is due to fewer deaths and improved medication, which has led to a decreased number of HIV checks and subsequently allowed for the rate of transmission to rise.

Why are cases of HIV on the rise?

In the past 18 months, some one million Venezuelan citizens have fled staggering poverty and inflation in their country into neighbouring Colombia. The country’s poverty has also meant that access to medical care in the oil-rich state is at an all-time low, and diagnoses of HIV as well as access to antiretroviral drugs have all but disappeared in Venezuela.

According to reporting by Reuters, authorities have said that about 54,500 Venezuelans received emergency care in public hospitals across the country over the past year. The epidemic of HIV coincides with the number of arriving Venezuelan migrants who, more often than not, leave their homes with little belongings, no money and no means of preventing transmission of the infection.

In the bordering region of Cúcuta in Colombia, 63 Venezuelan migrants have been reported to have died in connection with AIDs over the last three years. As a result, since last month the Foundation for the Prevention of AIDS has launched support services along the border which offer free sexual health checks and condoms for Venezuelan migrants.

The other prevailing factor in the rise of HIV can also be put down to the ongoing issue of sex tourism across Colombia’s cities. Since 2017, the Corporation for Peace and Social Development has recorded an increase in sex tourism, as well as in the trafficking of drugs and, alarmingly, young girls as well. Although a crack-down on sex tourism is currently taking place across the country, it has also become another area of lucrative work, which Venezuelan migrants have been forced to fall into.

Traditional Colombian culture, though still prevalent in rural regions of the country, has also made way for modern cities and a youth culture eager to shed its old-fashioned image for Westernised populism. This has come to fruition through technology, social media and successful apps such as Rappi, Whatsapp and dating app Tinder.

Specialists from the Profamilia clinic in Medellin have suggested that the rise in the use of dating apps across the city, combined with low awareness of safe sexual practices, points to a generation that is increasingly putting their sexual health on the line and are unaware of the systems in place to support them.

What can be done?

In the centre of Medellin, like many other locations around the country, the Profamilia clinic is bustling every morning as citizens queue for a number of services, from information to contraceptives and medical assistance. One of them is a rapid HIV test, for which results take just one hour to be returned. The service is accessible to both Colombian nationals as well as foreigners, and a number of the staff also speak fluent English to support any language barriers.

The reality is that the old stigmas surrounding typical HIV carriers are something that the country must work rapidly to change, especially when a record number of cases are being identified among 20 to 24-year-olds. This factor is reinforced by research which suggests 53% of Colombia’s HIV diagnoses last year were between heterosexual couples.

Up to 40% of Colombians living with HIV are unaware that they have the virus. The question of how Medellin’s HIV increase can be curtailed requires a number of adjustments throughout the city, but most importantly it stems down to both education, protection as well as awareness of the services available. 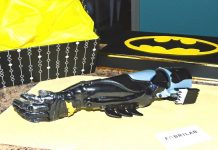 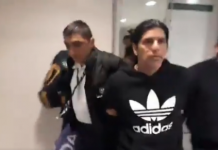