It’s often the little things that count – and that’s true for language too. Oliver Pritchard explains some of those in between words and phrases that will make your English language sound more natural.

Many students get obsessed with “exciting” English language. It’s important to learn lots of vocabulary, yes, and it’s also important to use advanced grammar. However, it’s also important to learn the basics of language, the little parts that get lost at times, but are crucial. Words and phrases like ‘anyway…’, ‘no offence, but…’ and ‘no worries’ allow us to control and influence conversations. They are like connectors and conjunctions, but mainly used in spoken language. They’re hard to define, as they are simply the parts of language that are there because we have to say something.

First of all, these pieces of incidental language make us sound natural. Even when we speak in academic contexts, we still use incidental language to structure what we say. Think about how you use ‘entonces’, ‘baaa’, ‘¿sí o no?’, ‘paila’, ‘sipi sipi’, ‘¡y…ya!’ etc. to respond to people. Some of those expressions and responses would sound strange even to other Latin Americans. Most of those words have little meaning or are not even really words. However, they do make you sound like a normal human being and not a speech robot.

Incidental language fulfils various roles in speech. We are not passive when speaking to others – we respond to the changes in the conversation and also make our own changes. Incidental language is a sign to the other people in the conversation of where we are going or what we would like to talk about. Also, it shows that we agree, disagree or are bored. In presentations, we use incidental language to give information about the speech to our audience. In this way we allow them to understand how we will continue, what is coming next or when we’re reaching the end.

Sometimes a conversation is going nowhere. Maybe it’s boring, repetitive, doesn’t have anything new, there is nothing more to say or you have something else to do. In these cases you can show your feelings by a verbal signal: “…and in the end, it doesn’t matter” or, “well, that’s enough, I think” or, “after all, I was happy.” All of these will bring a conversation to an end or show to the other person that it is time to end the conversation. It’s also quite normal to give an idea of what you are doing next: “Anyway, that’s all good, and I must get home before it rains.” This makes it clear that you have to go and shows that you have concluded the conversation.

Sometimes you don’t want to end the whole conversation, but just a part. You could say “I’m proper bored now mate,” but that might be a bit aggressive. Instead try: “Well, let’s move on then” or, “well, that’s that, what else?” Questions are often a good way to simply move the conversation on to other themes. If you do actually want to be dismissive or aggressive, try using “whatever” or even “whatevs.” This simply indicates you have no more interest in this conversation.

In speeches and presentations it’s considered rude not to announce that the end is near, to make your audience realise that they don’t have to wait too much longer for the coffee and biscuits to arrive. Signals such as “…finally…”, “…to end then…”, “…to conclude…” or “…wrapping things up…” let everyone know where they are.

Moving to another part

Sometimes you want to end a piece of conversation because you want to start another part in your choice of direction. You can use one of the techniques from above, but you also need to say where you want to go. It’s usually necessary to indicate the direction. “Well, that’s true, but what about in Bucaramanga? They…” This shows that we are finished talking about the first topic, and now we will talk about Buca. “Anyway…” is often the most used of these. You’ll get used to hearing English language speakers saying this if you spend enough time with them. It often introduces a new thing “…anyway, so that was the end and…” “…anyway, let’s go on to…” It is even used simply on its own “…anyway…” to indicate that there will be a pause.

Related – Praising phrasals: Make sure you know your phrasal verbs

It’s different when you are giving a monologue, such as a presentation or speech. In these cases you don’t need to guide the discourse, but it is still polite to let people know when new topics are coming up. You can use some of the phrases from above, but also the more explicit signallers such as: “…secondly…”, “…next, then…”, “…my next point is…”, “…now I’ll talk about…”

Asking for and giving agreement

In a normal conversation we give a lot of information to each other. We often check that this information has been understood, or show that we have understood the information someone has given us. It might be quite explicit: “Do you understand?” But it might be more subtle “…you see?” As we are not police officers, it’s not always necessary to ask for explicit understanding. Phrases like: “…does that make sense?” or, more informally: “…do you get me?”, “…you know?”, “…right?” or variations of these work very well.

Question tags are also often used for these purposes. In Spanish, “¿…no?” is commonly used, but in English we change the verb from positive to negative or vice versa. “It was…wasn’t it?” Or, “That’s not Carlos, is it?”

You know what I mean…

It is often important to show that we have a connection with the other people in a conversation, especially when they are friends. This happens in many ways, and it makes us sound much more human and warm. We might do this by giving a similarity, or a shared reference: “…we all do that!” “…just like your ex…”

It might seem unimportant, but things like this really help us to build connections with people and use English language to show how friendly we are. By using phrases such as “…you know how it is!” or “…of course I love that…” you let the other person feel that you are very close. 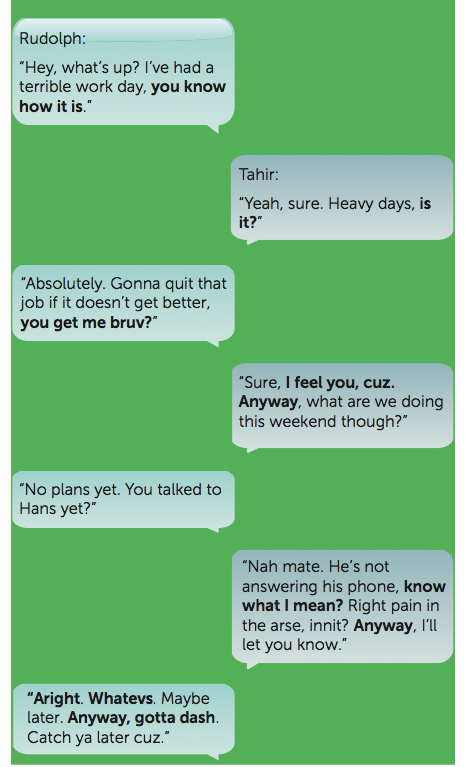 Instead of avoiding it, use translation tricks to improve your English 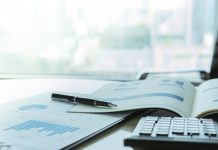