Chile: Hundreds of people try to stop the ordination of catholic bishop Juan Barros on Saturday, March 21, accusing him of covering up a sex abuse scandal.

Venezuela: Barack Obama declares that the country is an extraordinary threat to American security and signs order to lodge sanctions against seven Venezuelans suspected of human rights violations.

Brazil: The treasurer of the governing Workers’ Party, Joao Vaccari, was formally charged with corruption last week, along with 26 others in relation to the massive scandal at state-owned oil company Petrobras.

USA: The US military called for “vigilance” after an online threat was allegedly made by Islamic State to 100 personnel whose details were posted online, the BBC reported.

USA:Texas Senator Ted Cruz was the first Republican to announce his formal entry into the 2016 Presidential Race, The New York Times reported.

USA: Police in the state of Colorado say a woman stabbed a pregnant mother in the stomach and cut out her unborn child. The victim, who was seven months pregnant, is likely to survive following surgery, but the baby died.

France: The far-right National Front party is expected to make big gains as citizens head to the polls in local elections.

Ukraine: Son of pro-Russian Ukrainian ex-president Viktor Yanukovych reportedly drowns in Lake Baikal in Russia, the latest in a series of deaths of people close to Ukraine’s ousted leader.

Russia: About 150 representatives of far-right parties across Europe meet in Saint Petersburg to co-ordinate policy. The event was organised by the pro-Kremlin Rodina party and attendees included the ousted leader of the British National Party, Nick Griffin, Udo Voigt from the German neo-Nazi NPD, and Greece’s Golden Dawn, the BBC reported.

Afghanistan: Women break Afghan funeral customs to help bury a woman killed by a mob in Kabul after being falsely charged with burning the Koran.

Singapore: Lee Kuan Yew, considered the “father of Singapore” and the man responsible for making the country one of the most important financial centres of the world, died from natural causes on March 22, at 91 years old. Lee was Prime Minister for  31 years.

Tunisia: A third attacker is still on the run after the deadly Bardo Museum killings, Tunisia’s president said in a live TV interview last week.

Nigeria: At least 70 bodies were found dumped near Damasak in north-eastern Nigeria, after it was recaptured from Boko Haram by troops from Niger and Chad, the BBC reported.

Yemen: The US has evacuated military personnel from an air base in Yemen after al-Qaeda fighters stormed a nearby town, while Shia Houthi rebels have taken control of the city of Taiz, officials say. 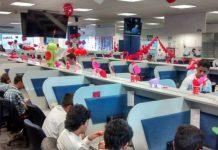