Home Bogotá Is living in Bogotá that bad?

A recent report by The Economist gives low marks to living in Bogotá. We break down the numbers and ask residents how they feel about the city.

According to the annual “Global Liveability Report” from The Economist, which rates the best and worst cities to live in around the world, people living in Bogotá are living in one of the worst capitals in the region – ranking 12th out of 15 cities in Latin America.

The annual report, released on August 16, rated 140 cities around the world on five broad categories: stability, healthcare, culture and environment, education, and infrastructure. Perhaps unsurprisingly, Caracas is rated the worst in the region, with only Mexico City and Guatemala City falling between Caracas and Bogotá. The most “liveable” city in the region is Buenos Aires, with Santiago de Chile coming in at number two. Both cities are ranked highly in terms of infrastructure and education.

How much does it cost to live in Bogotá?

Bogotá scores its lowest points on the criteria of “stability”, where its 35 points out of 100 are equal to those appointed to Caracas. This likely stems from persistently high crime rates and the uncertainty generated by the transition out of the armed conflict. Colombia’s capital scores remarkably better on culture and environment with a score of 75.

The overall rating is not encouraging for a city which is currently focused on improving its image to the international community and attracting more tourism. Nevertheless, the city did see a ten percent increase in its global score between 2007 and 2017.

The Bogotá Post spoke to a number of Colombians and foreigners living in the city, asking what’s it really like living in Bogotá.

Mauricio, 29 – lifelong Bogotá resident: It’s my home. I grew up here. I’m here because I want to be a part of the future transformation of the city. We’re already living that now – you see new galleries pop up all the time and you can learn from those people and cultures. Also, there is so much nature, you go to a park and you forget you are in the middle of the city; it is like going into another world!

Richard, 36 – from England, has lived in Bogotá for two years: “I’ll be honest – I’m lucky enough to be in position in that I can avoid the worst of Bogotá (the traffic, the rubbish, the crime) because I live so close to work and in a nice area. That helps, and the most liveable thing here are the people I am surrounded by; my colleagues and friends and family.”

Valentina, 24 – from San Gil, has lived in Bogotá for four years: “Ok, so I didn’t like Bogotá at first, it was difficult for me coming from a much smaller community. But I have to say one of the best things about living here are the work opportunities. And I like the multicultural side of things. You can find everything from the country in just one city – like salsa bars from Cali and restaurants from Boyacá.”

Jaime, 29 – Bogotá resident for most of his life: “I understand that the city has its faults, but my identity and my life are here, so I suppose it’s emotional links as much as anything else. Also, you can’t deny that Bogotá evolves really quickly. Ten years ago, the city was so different – architecturally, culturally. Europe is different – it’s already developed. Finally, no one knows what is going to happen – like the weather – it is always a surprise.” 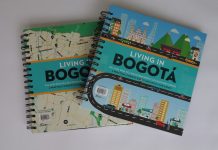 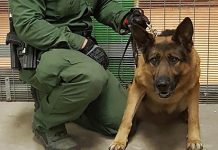 Dogs, presidents and beauty queens, oh my! International press about Colombia this month