A gonzo look at the city’s recent Link festival featuring Jeff Mills. Our correspondent gets loved up and down to the beat.

The experience I had at Link Festival was life-changing. Aside from being a celebration of love and friendship in the city, with good sexy energy floating around, it was a chance to watch the one and only Jeff Mills perform for the first time in my life. Both left me with a feeling of satisfaction that invaded my spirit and remained long after the event had finished.

The idea that Link Festival was just about Mr Mills was dispelled as soon as we arrived.  My colleague and I waited a while for the doors to open, and when we got in it was clear that this would be a big event. The first thing we saw was the amazing stage, with this massive sound system (a line-array system seen often in big festivals around the world), and the opening DJ, Henning Baer. I can usually tell if I’m going to like the rest of the set or not from the very first track I hear, and, I knew right from the beginning that Baer was the kind of artist that I look forward to listening to. The opening act was flawlessly performed, including a blend of dub techno and industrial atmospheres, and went all the way up as the crowd started to move towards him. At this point, it was clear that the night was going to be something more than just a name on a flyer.

After Baer, there was Dany Rodriguez, who provided the perfect complement to what the opening DJ had already accomplished. Rodriguez had this live act set-up which involved different elements and music-making machines. One thing worth mentioning is the bass. As soon as Dany started playing, it crawled beneath my feet and made my whole body vibrate to the low frequencies. Dany got on so well with the public that the party went from good to excellent in no time, and after taking a good look at the venue, I could see that it was almost full and happy faces were all I encountered.

I must also admit that the visual artist VJ RABBEAT didn’t get my attention at first, but then I found myself mesmerised by her talented work. The visuals were glitchy in that cool artistic way and at the same time full of incredible images that merged with the perplexing music we were all enjoying.

Then came what we were all expecting, the wizard: Mr Jeff Mills. His intro was nothing like I’ve ever seen and heard before, synths building up for up to two minutes, bringing sci-fi effects to life and exploding into a big burst of kick drums, making everyone cry out in ecstasy to his crystal clear techno music. His set obviously included his trademark tracks, as well as his improvisation of sounds from his trusty magic drum-machine. He went track by track, heavenly creating this atmosphere of calmness in the middle of a storm, dark and light were skilfully dancing all over the place quite literally. The music was so sublime that it eclipsed any negative aspects I could find about the experience.

I personally felt exorcised from every bad emotion I had experienced over the last weeks. This is one of the reasons I go to an artistic show, to live it like a therapy. I might not be the same for everyone attending, but when I experience music from artists like Mills, my soul feels lighter and my mind more focussed.

Closing the festival was Sonico. The local artist who heads Techsound (a well-established artist collective and record label), and after him no other than the mighty Detroit Techno Militia, destroying whatever was left from the titanic presentation of Mills.

A lasting impression I had from Link festival, was something I really appreciate in events like this. People who don’t have a clue and aren’t part of this culture, feel curious afterwards and begin to explore different music outside their commercial comfort zone. Make no mistake, Techsound along with BlackBox pulled off something hard to do – a deeply memorable one off. 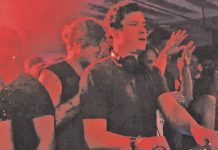 Electroni-cool: the story of electronic music in Bogotá 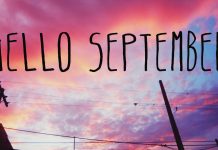