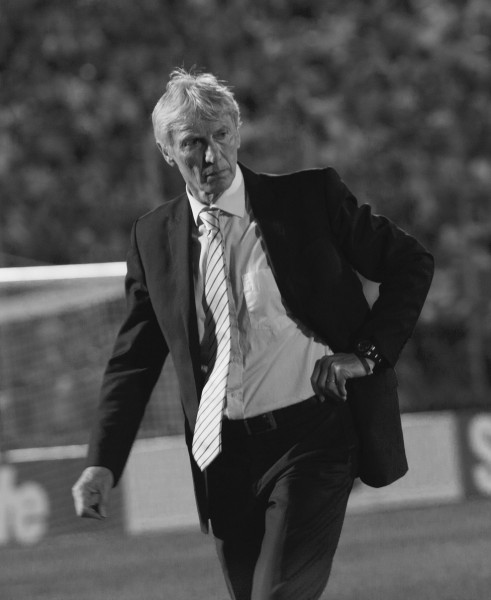 The most successful manager in the history of the Colombian national team called it quits Tuesday. After weeks of uncertainty, 69-year-old José Pékerman has decided to move on from the team that he led to two straight World Cup knockout rounds and a third-place finish in the 2016 Copa America.

With six and a half years heading Los Cafeteros, the Argentine coach had been going through some intense back and forth negotiations recently with the Colombian Football Federation.

”My Colombian daughter must be sad, but I leave with happiness for having the people’s support,” said Pékerman at an emotional Tuesday press conference. “I said it when I arrived, we need to work together, support the national team to achieve great things. There is a hard path that has been walked and we need to keep up the great work.”

Following his hire in 2012, Pékerman was able to get Colombia to the all-important World Cup two years later for the first time since 1998. The run to the quarterfinals in Brazil is the best ever finish for a Colombian team in the tournament’s history.

It has been previously speculated that Pékerman could assume a general manager position in his native Argentina to oversee that country’s storied national team.

For Colombia, Pékerman’s decision comes at a rough time as the man who many figured to be a leading replacement, Juan Carlos Osorio, was just announced as Paraguay’s head coach on Monday. The Colombian was formerly the manager of Mexico’s national team, where he led El Tri to a Round of 16 finish at the 2018 World Cup that was highlighted by a victory over defending champ Germany.

Arturo Reyes, who had been coaching the Under-20 side for Colombia, will take over on an interim basis as Los Cafeteros now look ahead to a pair of friendlies in the United States against CONMEBOL rivals Venezuela and Argentina next week.

“I’ll always check on how Colombia is getting on, not just in football but also as a country, as a people,” Pékerman said. “I’ll always be part of this country and I hope the success continues.”