Home News, Analysis & Opinion She ran too: The women of Election 2018

With Viviane Morales bowing out of the presidential race last Friday, the playing field has now become an all-male affair. However, with four out of the remaining five presidential candidates choosing women as part of the ticket, we look back at the women who played an integral part in the 2018 elections. 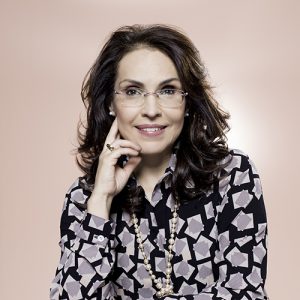 Until she withdrew her candidacy, Morales campaigned as a conservative with Partido Somos. Morales was the first woman Attorney General of Colombia, nominated by current President Juan Manuel Santos. Her resignation as Attorney General made headlines in 2012, as a court revealed that her original appointment was invalid. She defended her time as Attorney General, claiming she had tackled “the biggest cases of corruption in Colombia”. Her previous positions include Senator and Member of the Chamber of Representatives. 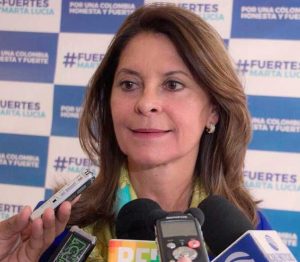 Colombian Conservative Party member Ramírez studied law at Bogotá’s Universidad Pontificia Javeriana and previously ran for President in 2014. She was the country’s first woman Minister of National Defence and, during her time as a Senator, introduced laws to allow women to reach the rank of general in the Military Forces of Colombia. When it came to this year’s presidential elections, she campaigned under the party ‘Por una Colombia Honesta y Fuerte Marta Lucía’. However, upon her withdrawal in March, she urged conservative supporters to join Duque’s Centro Democrático campaign, and is now running to be his Vice President. 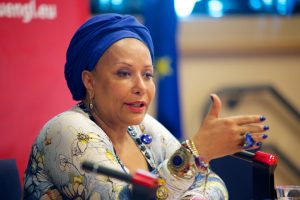 Córdoba is the niece of former Chocoan politician Diego Luis Córdoba, a radical leftist politician who fought for the creation of the department of Chocó in 1947. A law graduate of Medellín’s Universidad Pontificia Boliviariana, Córdoba spent a number of years working as Secretary General for the town hall of Medellín, before becoming a Member of the Chamber of Representatives and then a Senator of Colombia. During her years as a government politician, she campaigned for gender equality and was part of the team responsible for the 1993 Ley de Negritudes, which attempted to improve rights for the Afro-Colombian population. Famously accused of treason, her opposition to ex-President Álvaro Úribe and friendship with Venezuelan ex-President Hugo Chávez led her to be investigated by the Supreme Court. She withdrew her candidacy for President under the Poder Ciudadano party on April 9th. 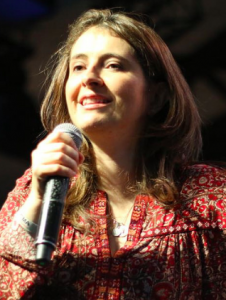 A political analyst, lawyer and philosopher from Popayán, Valencia withdrew her presidential candidacy in December of last year. She is currently a Senator for the Centro Democrático party, and has dedicated her career to defending the legacy of Álvaro Uribe. Valencia has also spent a significant amount of her career working as a journalist for various different media outlets, including El Espectador, El País, Blu Radio and founded the digital portal La Otra Esquina. 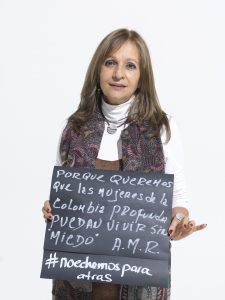 Robledo, a Psychologist and member of the Chamber of Representatives, is Gustavo Petro’s current running mate. A member of the centre-left Partido Verde, Robledo stands for gender equality and defends young peoples’ rights through her membership to the network Alianza por la Niñez Colombiana. She also co-wrote the 2014 Ley 1719, which campaigns for justice for victims of sexual violence, with a special emphasis on sexual violence during the armed conflict. Robledo is currently running for Vice President of left-wing party Movimiento Progresistas, led by Petro. 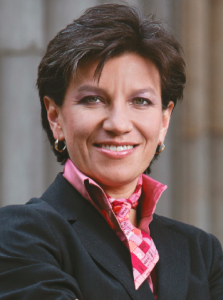 Having graduated in finance, government and international relations, Claudia López is also a Senator of the Republic of Colombia. Having worked as a journalist at major publications Semana, El Tiempo and La Silla Vacía, she has covered some of Colombia’s most delicate political moments as a journalist. She was dismissed from El Tiempo in 2009 following information published in her column relating to the scandal of Agro Ingreso Seguro – a government program that failed to subsidise poorer farmers.

As a young woman, López was part of the student grassroots group the Séptima Papeleta, instrumental in the formation of Colombia’s 1991 Constitution. A member of the Green Alliance party herself, her party has formed an official coalition with Fajardo’s Compromiso Ciudadano, and she stands as his running mate in this year’s elections. Clara López’s years as an economics student at Harvard university inspired her to involve herself in radical activism movements around the time of the Vietnam War. She has previously run for Vice President of Colombia in 2010, President in 2014 and Mayor of Bogotá in 1988 and 2015, with a brief stint as Mayor of Bogotá in 2011. As former Minister of Work, she gave up her role in order to take part in this year’s elections. Her liberalism and work as a government peace negotiator with the ELN have led to her role as running mate for Humberto de la Calle’s presidential candidacy.

As the saying goes, “behind every man is a great woman”. Will this prove true in this year’s presidential elections? Germán Vargas Lleras might hope not as he is the only candidate to have chosen a male second-in-command in Juan Carlos Pinzón.