Our regular look at some of the stranger news that attracted international media’s attention this month, starts with a story on Catholic Colombians’ peculiar appetite for endangered turtles. National Geographic reports that Lent inspires millions to give up their usual diet of meat and poultry for fish, but – in the case of some locals of Colombia’s northwestern region – turtle eggs are the thing. The tradition in this part of the country is so entrenched (and forbidden) that an illegal, lucrative trade has developed around the hunting and selling of these rare reptiles.

A library on hooves

Another animal beloved by Colombians – but fortunately not on the menu – is the Biblioburro, a regular donkey with a noble task. Luis Soriano Bohórquez, a native of the César region, takes this donkey to some of the country’s most remote regions, with up to 120 books mounted on its back. The idea is to increase literacy among at-risk children, writes the World Economic Forum. Beyond teaching children to read, Bohórquez hopes to educate a new generation on human rights and peace.

In Medellín, Colombians are learning to appreciate the much-despised mosquito. The reason is that a new fleet of these insects are being bred to carry Wolbachia, a bacteria that prevents the transmission of Dengue, Zika, and other viruses dangerous to humans. The BBC reports that children are taught in primary schools to nurture these creatures in their homes and to release them into the wild, learning along the way to see mosquitos in a new light.

A foetus in a foetus

A 33-year-old pregnant woman in Barranquilla was surprised to find the baby inside her was growing a foetus of her own, reports The New York Times. This rare developmental abnormality is known as “foetus-in-fetu” and sometimes misdiagnosed as a tumor of bones, muscle tissue, and hair. But the doctor who oversaw the birth claims that what first appeared to be a small cyst turned out to be a small foetus, which had even grown a separate umbilical cord that connected to the larger twin. The smaller foetus was extracted during surgery and found to be 2 inches long, with a head and limbs but no brain or heart. 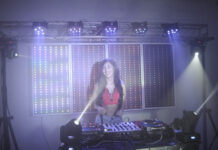