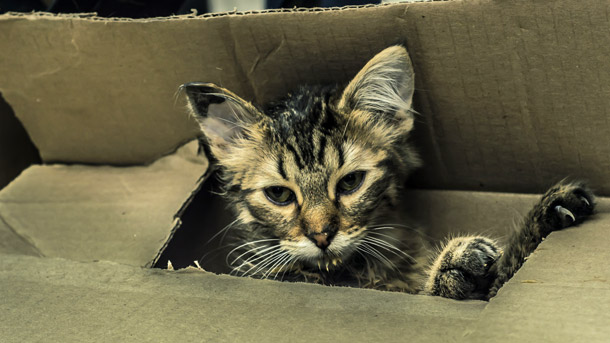 Simon West heads to the Bronx, spending the day with pets, vets and some of the city’s homeless community to find out more about Bogotá’s free care on offer for four-legged friends 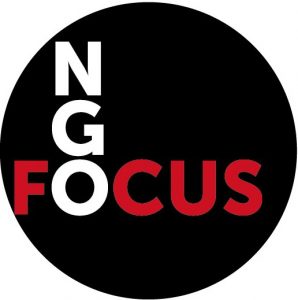 Donning a blue hoodie and oversized baseball cap, Alice hugs her two sandy-coloured mongrels – Kaiser and Cookie – and effervesces with love and pride.

“They’re like my babies, they’re my life, I don’t know what I’d do without them”, she says. And with that, Kaiser darts off on another recce; the chance for a quick nose around is clearly more appealing than his doting mum’s cuddles.

It’s early Friday morning, and Alice has brought Kaiser and the considerably less skittish Cookie to a “Calidoso” event – an annual government-backed initiative that provides free veterinary services for the pets of Bogotá’s homeless population.

The event, now in its second year, has been set up close to the entrance to the Bronx – a two-street junction south of downtown Bogotá that has gained notoriety in recent years owing to its high levels of homelessness, substance abuse and criminal activity.

Here, amid the rubble and beat-up buildings, a number of the city’s estimated 700,000 stray dogs and cats find themselves taken under the wings of local residents. And while no one should doubt the love that can flourish in these relationships, nor the solace brought to blighted lives, the extreme poverty that characterises places like the Bronx throws up some unique challenges. 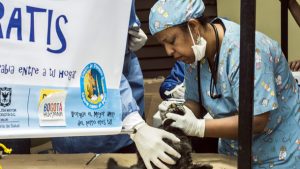 “Despite occasionally being able to provide their animals with food and a certain amount of protection, those living on the streets are not in a financial position to provide the veterinary care that they require”, explains Camilo Pinto, the Bogotá coordinator of AnimaNaturalis International, one of several animal welfare organisations supporting the initiative.

“The animals therefore find themselves susceptible to health and hygiene problems, and often end up in situations that can lead to unwanted pregnancy. The Calidoso event came about as a response to these situations of vulnerability”, Camilo says.

Organised and financed by Bogotá’s health, environment and social integration secretariats, the set-up boasts two mobile sterilisation units in which 110 dogs and cats will be neutered or spayed during the course of the day, including Kaiser and Cookie. The procedures, carried out by veterinary surgeons from a special unit at Bogotá’s health secretariat, take just minutes, after which the animals are transferred to a recovery zone to sleep off their anaesthetics.

Related – Nuquí: Our very own Newquay

For Alice, the decision to sterilise her two dogs has not been taken lightly – in part because of a prevailing notion that equates male dog castration with “feminisation”. In the end, however, pragmatism wins the day.

“There are so many other dogs around here, you have no idea what they get up to,” says Alice, who claims to have lived in the area for six years, although her friend who has accompanied her to the event suggests it could be longer. “When I buy my bandeja (a food platter typically comprising meat, rice and beans), I always give half to them. We’d go hungry if we had more dogs.” 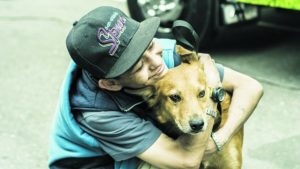 In a unit adjacent to the sterilisations, veterinary staff from Bogotá’s Hospital Centro Oriente administer rabies jabs to those animals not being sterilised, while tables have been assembled for deworming, disinfection of wounds, teeth and ear cleaning, nail clipping and any other attention that they may need. It is heartwarming to see the staff providing treatment and love in equal measure, with pet owners – some with scant experience in handling animals – listening attentively to the advice they are given.

“We try to promote the welfare of the animals by teaching people the importance of responsible ownership”, says Camilo. “It’s crucial that those on the streets respect the integrity and life of the dogs and cats that accompany them.”

The Calidoso initiative, which was named in memory of a local homeless man who was murdered in May last year along with his canine companion, is the first of its kind in Bogotá. Recent efforts to introduce related schemes suggest that authorities are beginning to acknowledge not only the bonds between homeless people and their pets, but also the benefits such measures bring to local communities.

In June this year the city’s social integration secretariat announced plans to create a special space for animals located within the Bakatá homeless refuge close to the Bronx. Meanwhile, in Colombia’s second-largest city, Medellín, those living on the streets who agree to undergo treatment for drug addiction can now leave their dogs at the La Perla animal shelter in the city’s Altavista district. The scheme was launched in October after authorities noted the large number of homeless addicts who were rejecting in-house detoxification programmes if admission meant severing contact with their pets.

Some believe a more comprehensive and permanent set-up could be modelled on the city’s mobile drug treatment units (Camad, in its Spanish acronym), which were unveiled in 2012 by Bogotá’s outgoing mayor, Gustavo Petro. With full time staff, budgetary guarantees and broad public support, the initiative has won plaudits for its pioneering and progressive approach to substance use in the city’s most deprived neighbourhoods.

A frequent fixture in the Bronx – indeed, one of the units is in operation during the Calidoso event – the Camad initiative provides local denizens with complimentary medical care, prescription drugs and psychological support.

With a new local government administration set to take office on January 1, the future of the Camad and Calidoso initiatives is uncertain. Bogotá’s newly elected mayor, Enrique Peñalosa, has in the past taken a more radical approach when dealing with homeless people. During his first stint as mayor in 1998-2001, he oversaw the demolition of the infamous El Cartucho district, (now the Parque Tercer Milenio), a one-time haven for drugs and crime but also a make-do home for hundreds of people living on the streets. The controversial episode is depicted in Germán Piffano’s excellent documentary, Infierno o Paraíso. 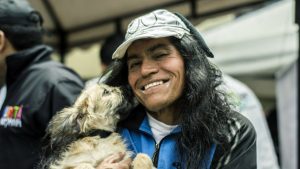 Back in the recovery zone, a groggy post-op Kaiser has got impatient with all the hanging about and is trying in vain to get back on his four feet, while a sleepy Cookie watches on. Alice has been given a couple of bags of dog food – “I’m going to add it to their bandeja”, she says – and some packets of Fipronil spray for fleas, ticks and chewing lice.

The veterinary surgeon who performed the operations checks their stitches, strokes their heads and smiles. “They’re going to be just fine”, she says.