It’s worth blocking time in next year’s agenda now to make sure you don’t miss the Cartagena Music Festival, the jewel in Colombia’s classical music crown.

Nobody says early January in Bogotá is “decent.” You either love the fact that almost everyone is elsewhere – that lines are shorter, traffic is thinned, and the cacophony of belching SITP buses, wailing ambulances, and howling mazamorra hawkers has dissipated – or you can’t cope with the inactivity. I’ll let you guess which category I fall under.

Regardless of whether you like beginning-of-the-year Bogota’s tranquility but miss the people, want a bit more human contact without feeling like you’re on a peak hour TransMilenio, or seek something in the middle, it might not be such a bad idea to get away for a few days. A great excuse to do just that is the Cartagena Music Festival, a nine-day binge for classical music lovers in one of Colombia’s most picturesque cities.

“But classical music is a bit too high-brow for me,” you say? Alright. First of all, wind your neck in. Secondly, it doesn’t matter. I’d be willing to bet that you’ve been to a wine tasting or two without knowing the difference between a Riesling and a Pinot Grigio – and that didn’t stop you from getting drunk. In the same spirit, there’s so much going on throughout the music festival and in the city as a whole that even if the concerts themselves don’t pique your interest, something else surely will. If you’re considering going next year, this guide is designed to give you a few pointers that will help you identify events of interest, venues to visit, and musicians worth checking out while not overwhelming yourself. With any luck, you might just learn a thing or two about Schubert or Bach along the way.

Let’s start with the obvious: You’re headed to a music festival and music there shall be. The 2020 Cartagena Music Festival featured 36 different concerts, 10 of which were free of charge. In a nine-day festival, that’s an average of four concerts spread out throughout the day, with at least one free offering a day. That means that even if you can’t be bothered to shell out a bit of cash to have a potentially enriching experience, the folks at the festival, in all their magnanimous glory, are willing to subsidize it.

Therein lies one of the most special elements of the festival: Some of the best shows you’ll see actually don’t cost a single peso. Orchestral concerts, piano recitals, and a few occasional opera performances are sprinkled throughout the week’s agenda, giving festival-goers a number of concerts to take in without breaking the bank. If that’s not enticing enough, there are always a few impromptu concerts held throughout the week in and around the venues where the pay-for-entry concerts are going on. That’s a bit more of a “keep your eyes peeled” recommendation, though.

While we’re on the subject of pay-for-entry concerts, there are tons of them over the course of the festival’s nine days. There’s an impressive lineup of world-famous soloists, duos, trios, quartets, and quintets that are flown in from Europe and the US, as well as renowned home-grown performers and dozens-strong ensembles whose flair for spectacular musicianship is usually well worth the price of admission. Among those is the Cartagena Symphonic Orchestra, which holds auditions specifically for the Cartagena Music Festival for locally-based performers ranging in age from 16 to 29. What’s great about seeing this ensemble perform, apart from its obvious talent, is the fact that its composition is always representative of Cartagena’s demographic makeup. People from all walks of life perform in the Orchestra, and their ability to showcase their skills has the two-way effect of boosting their careers and dynamizing cultural life in the city.

I’d be willing to bet that you’ve been to a wine tasting or two without knowing the difference between a Riesling and a Pinot Grigio – that didn’t stop you from getting drunk.

Finally, the festival’s flagship Jovenes Talentos program makes up a respectable chunk of the week’s lineup and features 18 to 26 year-olds from every corner of the country with off-the-charts potential as musicians and performers. These budding talents are invited as special guests and perform in showcases throughout the week in stunning displays of brilliance on the piano, violin, and clarinet, among other instruments. Many of these performers are already touring the world and many that aren’t yet go on to do so soon after.

Our recommendation for finding concerts that won’t disappoint is to do what you would do at any other music festival. Check out the festival’s website, see who’s performing on the days that you’ll be there, and give those musicians a listen. The site does a good job of accompanying performer bios with videos of their past performances, and if that’s not enough, there’s always YouTube and Spotify.

The events on offer at the Cartagena Music Festival alone are reason enough to stay a few days. With such a diverse offering of educational and hands-on activities spanning the majority of the festival’s duration, there’s plenty to keep you occupied.

The week-long masterclass series put on by visiting musicians is a great example of this. Music students, instructors, and the casual observer – if you ask nicely – can sit in on workshops put on by some of the world’s best classical musicians and broaden their musical training through demonstrations and informative discussions about new trends in the world of classical music performance. The 2020 festival alone featured 21 visiting professors from nations as diverse as the Netherlands and Brazil, whose areas of musical expertise spanned flute, guitar, violoncello, and lyric singing. So, if instruments aren’t your thing, you can still attend a workshop on singing and tighten up your vocals before your next big karaoke night.

If you don’t fancy a musical masterclass, you might be a bit more interested in sitting in on a tech-based talk or two. The Cartagena Music Festival’s YouTube Lounge, facilitated by a panel of YouTube and Google experts, is designed to teach attendees who are interested in promoting their music or someone else’s on YouTube using a handful of useful tricks and tips. In addition to learning the basics of Youtube, attendees discuss how to monetize their content, strategically place advertisements and work with brands, learn what rights they have as creators, and deepen their understanding of the ins and outs of the platform.

If you’re still not sold on the festival’s events, perhaps the instrument creation or, “Lutería” workshops will win you over. If you’ve ever wondered how violins, clarinets, drums, and bagpipes are made, this is the workshop for you. Spanning multiple days, the lutería workshops range from chats about what exactly it is that a luthier does, to how to evaluate the characteristics of an instrument and the quality of its construction. If you’re at all interested in artisanship and how the proverbial sausage is made, you won’t want to miss this workshop.

And if none of that appeals to you, fear not, there are still loads of other events including chats about the state of classical music and jazz in Colombia, how to get music scholarships abroad, what kinds of findings the nerds in music academia have unearthed, poetry recitals, and even a few kids’ workshops. Don’t tell me there’s nothing for you to do at this festival – you’re not trying hard enough.

At last, we reach what, for us, is the crown jewel of the Cartagena Music Festival. Don’t get us wrong, you’ll learn loads in the events – of which there are many, in case that wasn’t clear – and the concerts will broaden your cultural horizons, but if neither of those tickles your fancy, the venues where the concerts and chats are held are breathtaking enough by themselves to make the festival worth going to. Spread out among a delightful mix of nine indoor and outdoor locations, the music festival does an incredible job of placing its world-class performers and music experts in some of the most iconic locations that Cartagena has to offer. And since a picture is worth a thousand words, we thought we’d let you see what you’re in for if you decide to go.

The Cartagena Music Festival is a great excuse to discover a popular city from a completely new perspective. With stunning venues, world-class performers, and events that are sure to keep you entertained, there’s not much more that you could ask for. As a small piece of advice, try to stay as close to the old city as you can. With events and concerts running throughout the day from 10 in the morning until 10 at night, it’s a lot more convenient to have your things close to the action than 30 minutes away by taxi. Staying close also allows you to get around on foot, which is a really nice way to check out Cartagena – particularly in early morning and evening when the heat is tolerable. Finally, try your best to go to at least one event or concert that you wouldn’t normally go to. Though it might sound counter-intuitive, festivals like these are great places to discover new and surprising interests. 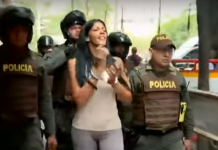