Home In This Edition ICG: Overseas aid is key to reducing crisis in Colombia 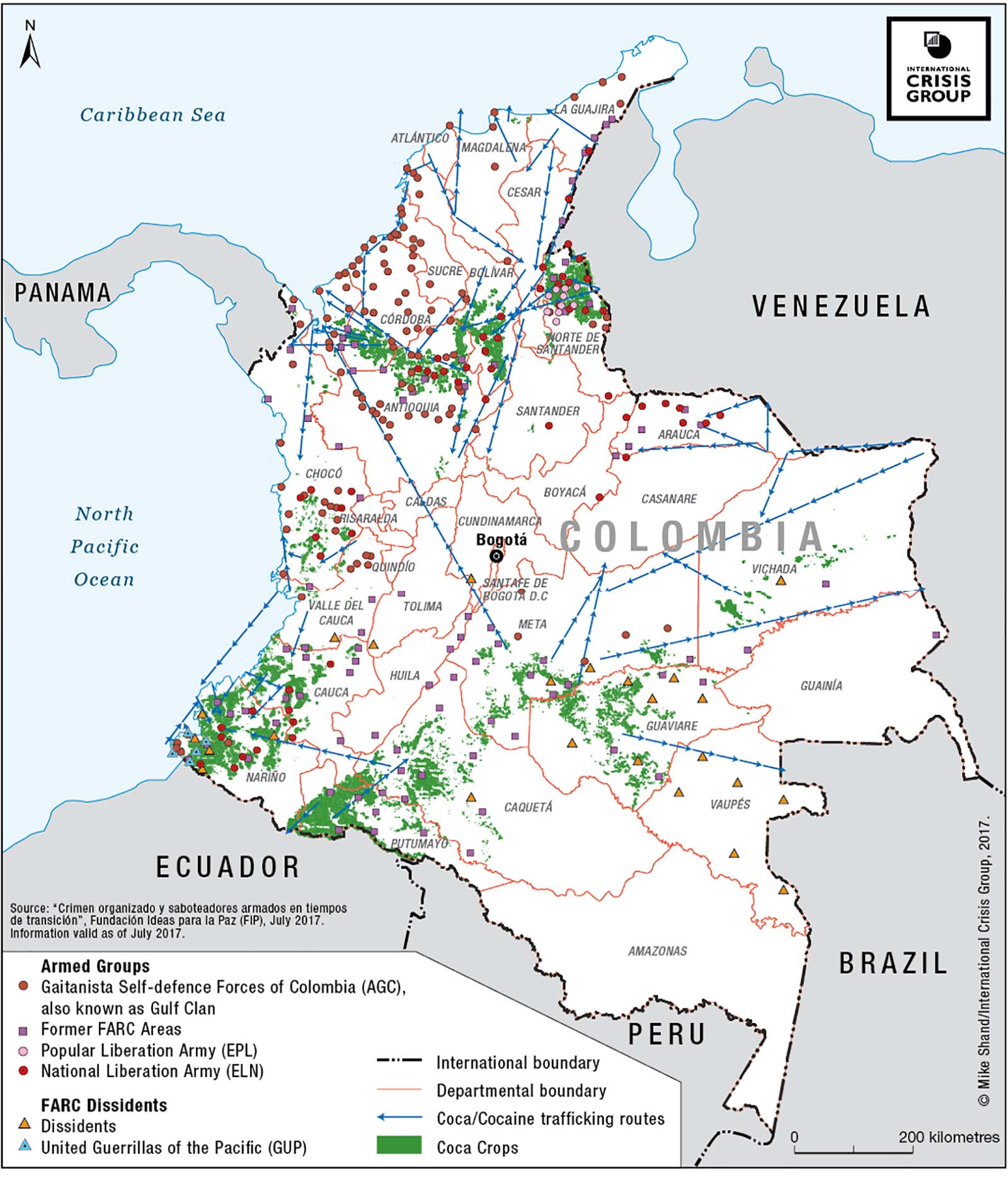 Related: The writing’s on the wall

Meanwhile, the Colombian state is deploying police and troops to rural areas, but is struggling to consolidate grassroots security and bring in effective governance. This is partly because illegal groups are defending illicit livelihoods from law enforcement and have crafted their own “rudimentary, authoritarian form of local political leadership,” says the ICG.

In some cases, civilians – trapped between clashing armed groups – are being exposed to alarming levels of violence.

The challenge now for the authorities is to show communities that “there is a better alternative to the summary justice and social discipline meted out by illegal groups.”

However, the report points out that forced eradication of crops can be counterproductive as it fuels more conflict and corroborates the “anti-government discourse” of illegal armed groups.

While everyone agrees that the cocaine trade hinders peace in Colombia, funding support for coca crop substitution by the international community is “strikingly absent”, says the ICG. Money is urgently needed to help coca growers engage in productive projects, receive technical support and maintain livelihoods.

The report suggests that without this help, farmers giving up coca will get frustrated and return to illicit crops. In this case the newly-elected government in 2018 is likely to abandon the substitution programs and use more eradication operations.

The ICG also questions the effectiveness of intensive military attacks on drug gangs, such as the killing of the leaders of the AGC. It points out that in organisations with “strong vertical hierarchies,” subordinates can quickly step into place.

According to the NGO, whose mission is to promote policies worldwide that will build peace, these hit and run army strikes usually come at the cost of providing long-term protection to communities in rural areas with little impact on overall criminality.

The ICG also warns that the 2018 electioneering will weaken public support for the peace agreements in the next year, further risking implementing improvements in rural security.