Well, that was easy. Russia has recorded an absolute drubbing of Saudi Arabia in the opening match of this year’s World Cup, smashing their opponent five goals to zero.

It was a battle of the worst as the competition’s two lowest-ranking teams went head-to-head in Moscow on Thursday.

Russia played well in front of their home crowd, with the victory including two goals in the final minutes of the match.

It was the substitutes who surprised, with a goal to Artem Dzyuba and a double for Denis Cheryshev. In fact, Dzyuba had only been on the pitch for 89 seconds before slotting Russia’s third goal.

Although the scorecard implies domination, Saudi Arabia did manage to hold their own in play. The team, nicknamed the Green Falcons, held more than 60 per cent of possession throughout the match. It was their skills in front of goal however which made the difference.

Of their six shots, Saudi Arabia could not manage to get one on target. Meanwhile, the home team peppered the Saudi keeper with 14 shots, of which seven were on target.

The result is a dream start for Russia, who went in to this World Cup at their lowest-ever FIFA world ranking. A five-goal demolition should go some way to giving them confidence in their next match against Uruguay.

The only concern for Russia is an injury to midfielder Alan Dzagoev, who went down clutching his leg early in the match. The team tweeted post-match: “Alan Dzagoev pre-damaged the muscles of the back of the thigh. The terms of treatment will be determined by the results of the upcoming MRI.”

About 78,000 people were on hand to watch the opening match, which also included a pre-match performance from Robbie Williams and speech from President Vladimir Putin.

This originally appeared on Russia Reports. 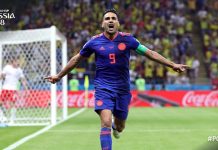 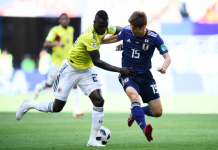