Home Best of Colombia ‘The Colombian Ambush’: The videos that trick gringos into learning about Colombia’s... 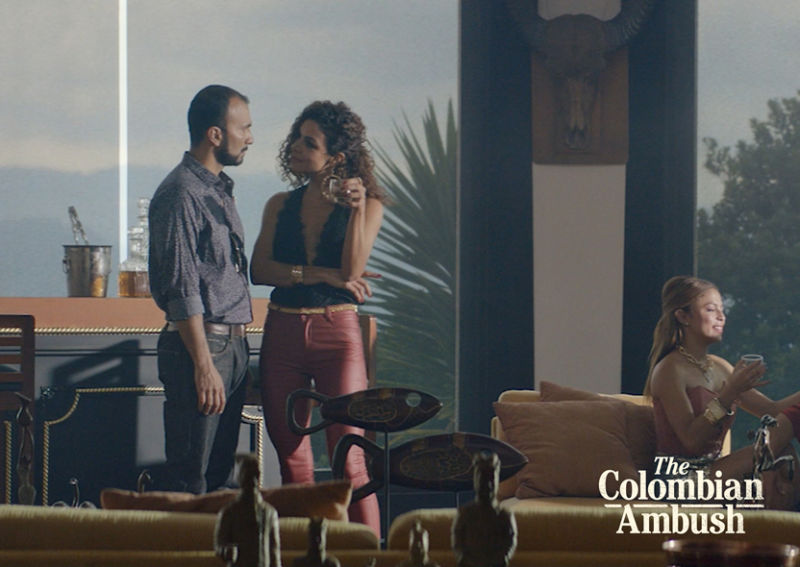 A baker from Marinilla, a street seller from Santuario, a manager from Bogotá, a fisherman from Cartagena, a coffee-maker from Tolima, a farmer from Pasto, a Paisa who works on horseback, a member of the Amazonian indigenous community, a child from La Guajira and hundreds more Colombians. These are the people who represent this yellow, blue and red country abroad.

Many of them, adventurers and risk-takers, decide to tackle the economically developed worlds outside of Colombia. Inevitably, they too have been subject to stereotypes and questions that pigeonhole Colombian history in two simple and abrupt words: ‘drug trafficking’.

It’s no secret that a lot of them will find themselves faced by repetitive questions like, “you’re from Colombia, so did you know Pablo Escobar?” And, given that this is a Colombian reality, it’s also a given that being asked this question abroad has become more of a tradition, as well as a disregard for history. Without having to cross any distant borders, whilst Germany’s story was told by the Second World War, Colombia’s history was crudely written by drug traffickers. But this is what the story is all about: telling it so that it does not repeat itself.

As a result of this, over the last 20 years, Colombia’s image and history has been portrayed to foreign countries using videos, narco TV shows and ‘narco literature’. Perhaps for many, these are great resources that show Colombia’s harsh realities, but there’s no doubt that they have also become a means of feeding the stereotype that portrays Colombia as a dangerous country.

After years of confronting the way that Colombian history has been distorted by countries abroad, the advertising agency Dieste Inc, based in New York, L.A. and Dallas, decided to carry out a campaign focused on changing the image of Colombia for a foreign audience, especially North Americans. This campaign was led by Colombian Ciro Sarmiento and integrated with Latin Americans and Colombians.

From this, the idea of ‘The Colombian Ambush’ was born. Directed by the Colombian Simón Brand and focused on reusing the aesthetic of the narco TV drama. Its aim is firstly to convey the important elements that make Colombia such a special country, rich in natural resources like fauna and flora.

Secondly, it aims to communicate intellectual resources like the literature and magical realism of Gabriel García Márquez, along with the example of the success of caleña Diana Trujillo in NASA. All of this, reflected in stories that simulate a ‘narcos’ environment, without showing weapons or mentioning words like ‘prepayment’, ‘drugs’ or ‘hitman’.

The REAL "Patrón" of Colombia

‘The Colombian Ambush’ was launched on social media on Tuesday May 3, filmed in Bogotá and led by Colombian actors who have starred in narco series and films. This production is made up of four clips, titled Patrón (Boss), Checkpoint, Operation and Colombiana, all of which reflect some of the most common stereotypes that govern the world of drug trafficking.

Ciro Sarmiento, director of Dieste Inc, assured Social Geek recently in an exclusive interview that “this campaign is born out of stories of other Colombians, that live in the United States or in any other part of the word, and for whatever reason get into a taxi or a train, and when someone finds out they are Colombian, the first thing they say is ‘narco’, ‘Pablo Escobar’ or ‘cocaine’. And people really don’t know how much damage they do when they say things like that. This is not a recent phenomenon, because it came from a series like ‘narcos’ or some film, this is a reality that Colombians have suffered for 20 years and there is definitely a lack of information available to foreigners about Colombia”.

The idea of using the word ‘Ambush’ came from so many of these experiences. It is purely to trick an audience into thinking they are watching a production with a drug trafficking-based plot, but really, “we are trolling Americans, making them think that it is a ‘narcos’ production, but really we are telling them how beautiful Colombia is,” Sarmiento pointed out.

According to the producer, the main aim of this production is for these types of films to become a positive defence mechanism on social networks.

“We have faith that The Colombian Ambush will help to change the image of Colombia worldwide, even though the most complicated thing is changing stereotypes that are in peoples’ heads. In short, this is a social experiment,” Ciro concluded.

This article was originally written by Alejandra Eusse for The Social Geek and has been translated by Sophie Foggin.