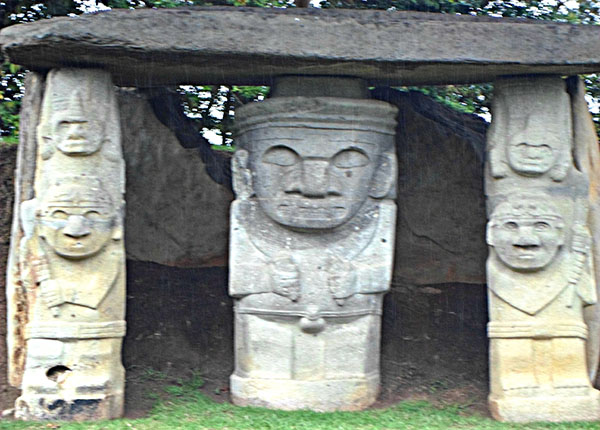 We explore one of Colombia’s most ancient and mysterious destinations, where the magic of what was once a thriving civilization can be relived.

Mention San Agustín to anyone outside Colombia and few people without specialist knowledge of archaeology and pre-Columbian societies will have heard of it. And why would they? Whether intentionally or unintentionally, it has been kept relatively under the radar by Colombia’s tourist board and the industry in general.

“The story behind San Agustín…is a complex and incomplete one.” Yet to bypass San Agustín’s beauty, mystery and intrigue would be detrimental not only to Colombian tourism, but also the cultural traditions of this ever-fascinating country. The story behind San Agustín and its plethora of stone statues, carved over a period of several centuries, is a complex and incomplete one.Set amongst a wild, stunning landscape of verdant hills and snow-capped peaks is the small, coffee-growing town of San Agustín. 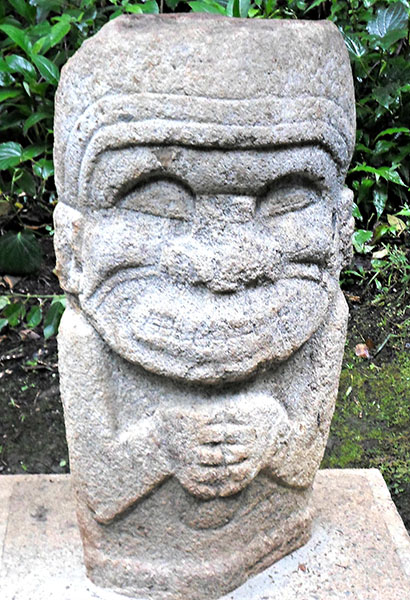 The statutes range from depictions of pregnant women to mysterious bird-men and jaguar-shaman, while the rest of the site is saturated with tombs, ancient pathways, examples of early drainage systems and other monuments. The Fuente Ceremonial de Lavapatos is a set of carvings in a stone river bed, creating a series of interconnecting rivers, pools and mini-waterfalls which nonchalantly cascade over the carved faces.“the most intriguing thing about San Agustín is that we know very little about it.”They serve as fine examples of pre-Columbian creativity and artistic talent, yet the most intriguing thing about San Agustín is that we know very little about it. The history of these statues is shrouded in mystery, with almost no information as to who created them or the reason behind their incomplete creation. There are numerous theories, but not much in the way of hard facts. It is clear that the land was considered sacred by those who lived there and that it was used for worship and religious ceremonies. The massive stone structures were often found guarding burial sites and tombs supposedly of chiefs or shamans.But which culture built them? And what are they meant to represent?

It is unclear whether they are kings, warriors, gods or simply representations of nature. More importantly, where were the people who made them headed? There is evidence of people inhabiting this area as early as 7 BC. The first century AD saw a number of societal and cultural changes in the region, leading to a growth in lithic art. Yet archaeologists are yet to come up with a valid explanation for who in fact created this art.The most curious part of San Agustín’s story is the sudden and unexplained disappearance of these artists. In 8 AD, incomplete statues were abandoned and all traces of the sculptors vanished. No human remains from this period were found and there is almost a century of San Agustín’s history that is unaccounted for, before the area again became inhabited by a seemingly less artistically developed culture.It has been suggested that people were displaced by a terrible flood that destroyed the region, yet surely there would have been traces of a similar culture elsewhere? And why were no remains found?

Whether it’s the expressions on the mythical faces, the eerie fog that surrounds the burial grounds or the strange inconsistency of the style of the statues and the different techniques used to build them, there is some inexplicable magic to these Andean hills. The sculptures were buried alongside tombs for centuries, hidden from sight, almost as if these impressive figures were sentinels, guarding the secrets of those who created them.The magic of San Agustín should ensure that plenty of tourists are attracted to the area, yet it remains unvisited by the majority of people who come to Colombia on a short trip. Perhaps the town’s inconvenient location is to blame, or maybe it’s the fault of the local council or even the national tourist board for not promoting it as a worthwhile destination. What is clear, however, is that it has the potential to become Colombia’s main archaeological site if developed in the correct way.What’s more, only about 30% of the region has been properly investigated, leaving open the possibility that more stunning finds are hidden nearby, some of which may hold the answer to the mystery of San Agustín.