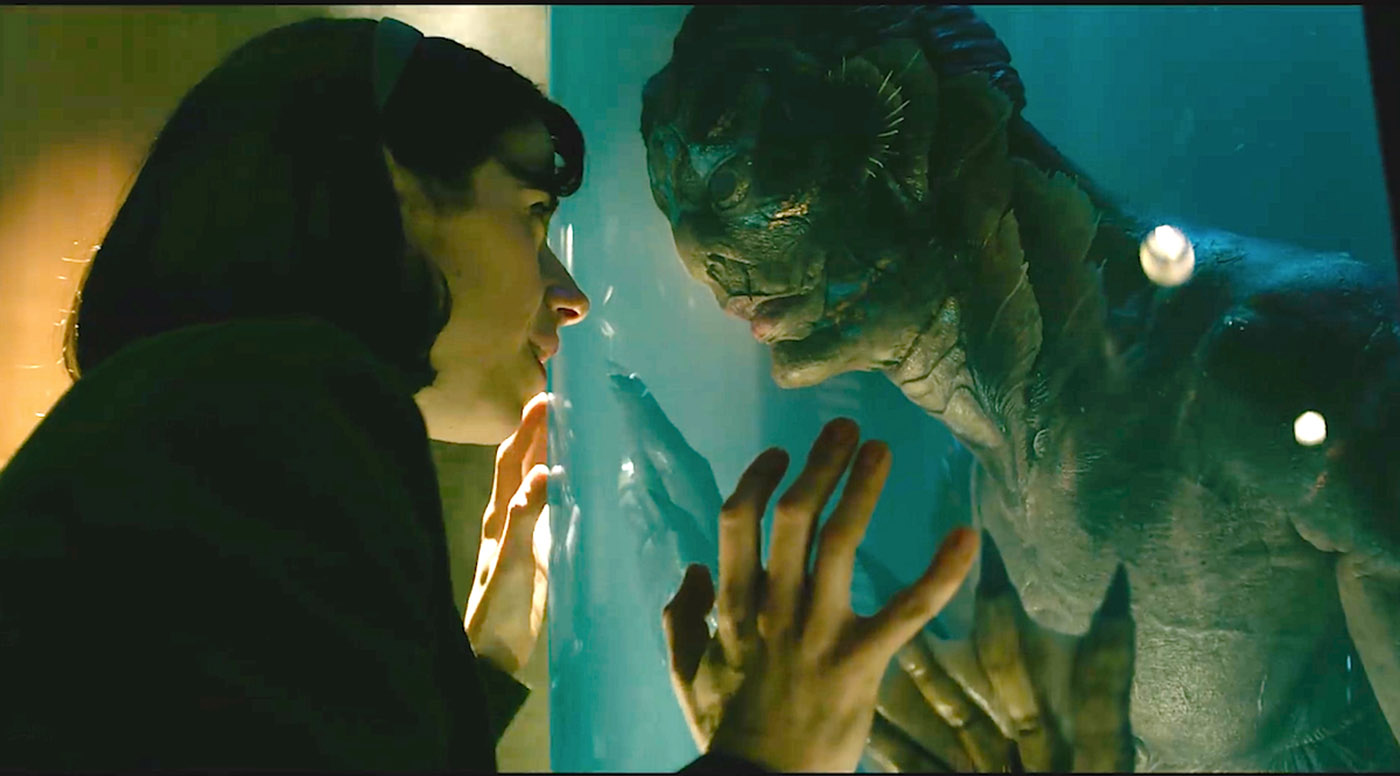 The shape of water, the latest film from Guillermo del Toro is now playing in Colombian cinema.

Monsters and creatures have fascinated Guillermo del Toro since he was a little boy. “When I was about six, I watched ‘Creature from the Black Lagoon,’” he told the Los Angeles Times. “I saw Julie Adams and the Gill-man swimming underneath her. At that age all I thought was, ‘I hope they end up together’… they didn’t.”

But what if they had ended up together? That was the inspiration behind his latest movie, The Shape of Water (La forma del agua), which tells a ‘Beauty and the Beast’ tale of a fantastic Cold War-era romance. The beast – an Amazonian swamp creature (Doug Jones) – has been captured by the US government for military research and meets Elisa (Sally Hawkins), a mute janitor, at the federal facility where he is imprisoned.

The Shape of Water is a masterclass in storytelling. It is light and comical at the right moments, and sinister when it needs to be. Del Toro’s (Hellboy, The Hobbit, or Pan’s Labyrinth) heightened attention to detail in terms of set, wardrobe and pacing, is nothing short of delightful. Almost every scene is flooded in a shade of aquatic green, as if we were watching the film entirely underwater in a swamp. Doug Jones, for his part, plays the swamp creature to perfection, and in a suit so uncomfortable that when a body double wore it for a dance sequence, he vomited after doing one pirouette! And then there’s the impeccable Sally Hawkins as Elisa, “the princess without voice.”

The two characters fall in love almost instantly. She brings him hard-boiled eggs and plays him Benny Goodman records as he slowly learns to communicate in sign language. “When he looks at me he does not know how I am incomplete,” Elisa signs to her close friend and roommate Giles (Richard Jenkins).

But as always, things quickly take a turn for the worse. The “asset,” as the creature is known, is going to be sliced open for research under the orders of Richard Strickland (Michael Shannon), the government operative and merciless torturer in charge of the clandestine project, who serves as the story’s stiff-jawed villain. Elisa, who finds out while she is on one of her shifts, turns to Giles for help. In an intensely moving scene, she begs him to help save the amphibian creature in an emotional back-and-forth. “It’s not even human,” Giles reasons to her, queuing up one of the film’s most memorable lines. “If we do nothing,” she signs desperately, “then neither are we.” 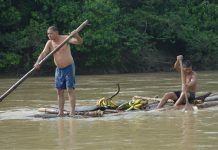